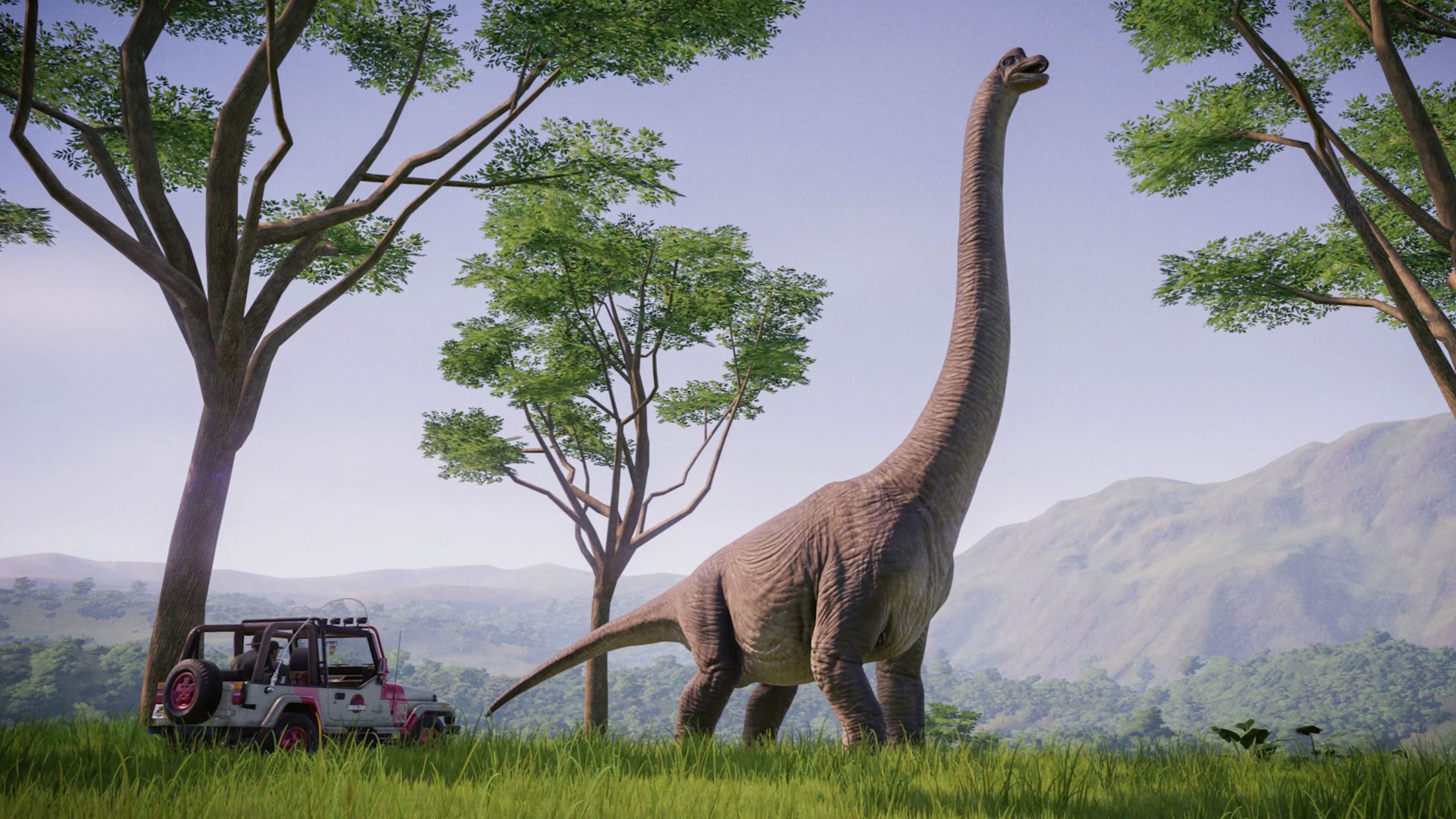 Jurassic World Evolution: Return to Jurassic Park takes place following the events of Jurassic Park, set in 1993. It features park designs, dinosaurs and characters from the original film. In the game, players will be able to go back to Isla Nublar and Isla Sorna to rebuild beloved locations on the islands. With seven new story missions featuring characters voiced by the original cast, including Dr. Alan Grant (Sam Neill), Dr. Ellie Sattler (Laura Dern) and Dr. Ian Malcolm (Jeff Goldblum), players will be challenged to repair and restore the destroyed park and open its iconic gates to the public.

The pack will feature Jurassic Park-inspired attractions including the classic Main Gates and Park Tour, as well as legacy skin variants, such as the 1993 Tyrannosaurus rex, Velociraptor and more. Additionally, fans will be able to replay all existing Jurassic World Evolution challenge and sandbox levels with a 1993-inspired overlay and inventory. New dinosaurs such as the Compsognathus and Pteranodon will also be introduced in the pack. For a full list of all new items and features, please visit the Frontier forums here.

Jurassic World Evolution: Return to Jurassic Park will launch alongside a free content update, which includes changes to the ranger interactions with dinosaurs, guest toilet needs, and general fixes and tweaks for one of the top-selling simulation games of the year.

Jurassic World Evolution: Return to Jurassic Park will be available on December 10 for $19.99 on PC, PlayStation 4 and Xbox One digital stores. Prices may vary.