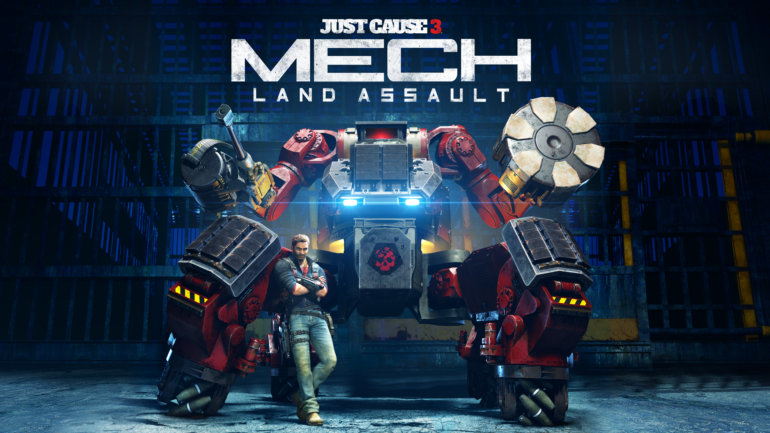 Just Cause 3 released its Sky Fortress DLC back in March and even though I was not blown away by the presentation of the story, the action and weapons were pretty amazing. Our old friend Rico Rodriguez is prepping to wow us once more as the second phase of the DLC trilogy will launch this Friday. Rico is going full “Mech (Land) Assault” as eDen seems to be up to her old tricks.

Rico will be trying to free prisoners from a new island called Lacrima, which just happens to house an old eDen research lab. As usual, he will get in over his head as his foes have access to some serious weaponry now. Never one to be outdone, Rico will get some new toys of his own. here is a rundown of what you can expect this weekend:

Mmmm, smells like motor oil and mayhem! Get ready for the Just Cause 3: Mech land Assault DLC, launching this Friday, June 3rd!