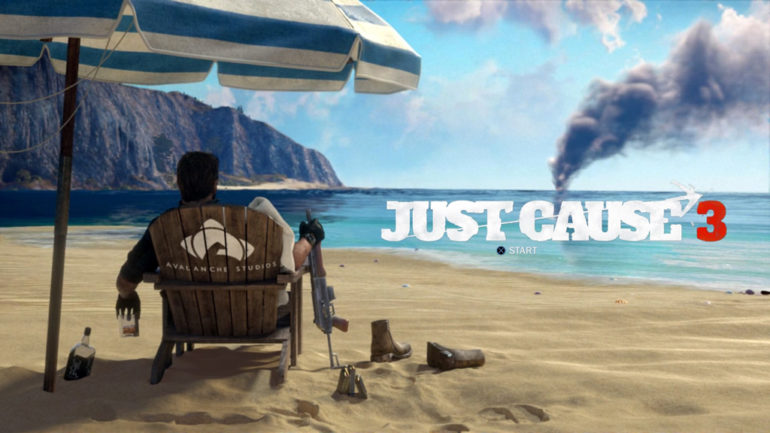 Just Cause 3 announced the first third of its Air, Land & Sea Expansion Pass just two weeks ago. In our article, we showed you the first glimpses of the eDEN Corporation’s Sky Fortress. This airborne monstrosity would make the S.H.I.E.L.D. Helicarrier cower and it is up to Rico to stop it from taking over Medici and claiming her Bavarium.

Today, we finally have a due date of when you will be able to clear the beautiful skies of Medici of this floating menace. The Just Cause 3 Sky Fortress DLC will individually hit PSN, Xbox Live and Steam on March 15, but owners of the expansion pass will be able to start their dominance of the sky this coming Tuesday, March 8. Here is Rico doing a little sky dance to show how lucky you are:

As a reminder, the Sky Fortress DLC will cost $11.99 if purchased separately, so pick up the full expansion pass for $24.99 if you have not already. It is like buy two DLC and get one free. Expect to see an update for Just Cause 3 downloading tomorrow. This is to prepare the main game for the implementation of the DLC content. All DLC weapons and wingsuit upgrades will be useable in the main story, but the update will primarily be stabilizing Just Cause 3 with the following:

R.A.G.E. Works will continue to bring you news on Just Cause 3 updates. Until next time, stay frosty, my friends.