Just Cause 4 Gets its First DLC Pack Next Week

Gear up for an adrenaline-fuelled adventure in the all-new Dare Devils of Destruction DLC for Just Cause 4. The official launch date of this DLC pack is April 30, 2019. Expansion Pass owners and those Who bought the Gold Edition of Just Cause 4 have access one week earlier.

About Just Cause 4: Dare Devils of Destruction

Complete new missions to unlock over 16 all-new weaponized vehicles that you can drop in at a moment’s notice. Experience new levels of destruction, attack missions in never before seen ways, employ new tactics against the forces of the Black Hand and cause pure mayhem in the world of Solis.

Put the pedal to the metal, earn the respect of rival gangs and take on three deadly challenge modes across 15 explosive new missions.

Survival: Speed through a gauntlet of landmines, wrecking balls and rings of fire in this ultimate drive for survival. Destroy obstacles along the way and race towards the checkpoints to secure victory.

Run: Drive through extreme weather and master high-speed stunts in Run. Obliterate your rivals with a variety of weapons as you try to cross the finish line!

Rampage: Master the art of destruction and create carnage within this explosive arena. Reduce targets and rival drivers to scrap metal to achieve est score!

DLC Plans for Just Cause 4

“This is the first of three explosive over-the-top DLC packs in the ‘Dare Devils, Demons and Danger Expansion Pass’. Each pack will bring more vehicles, new modes, weapons and activities that continue to make the Just Cause 4 sandbox richer, crazier and even more extreme. Every pack will integrate seamlessly with the main game and add new experiences and more amazing tools of destruction.” Said Victoria Setian, Senior Producer at Avalanche Studios. “It’s a privilege to be able to continue to expand our massive action sandbox in Just Cause 4. Thank you for all the support so far!” 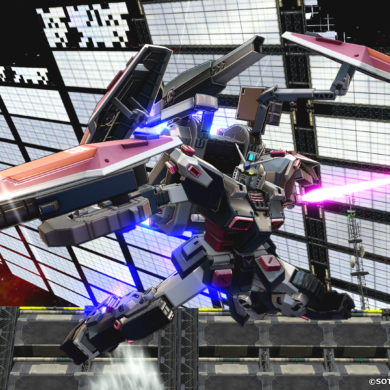 Mobile Suit Gundam Extreme vs. Maxiboost On Coming to PS4