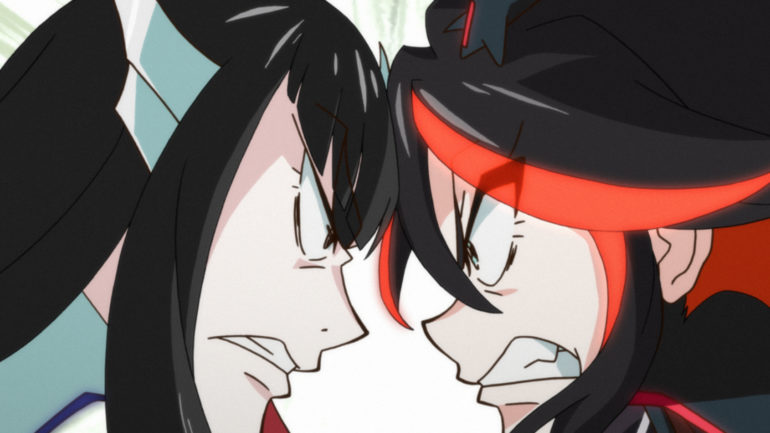 If you have seen the Kill la Kill anime, you know it is filled with action, insanity and, well, nudity. Arc System Works is bringing all of that to PS4 and Steam in Kill la Kill – IF this year. The game will be published by PQube in Europe; as of publishing, I have no info on a North American release.

Under the watchful eye of Studio TRIGGER, Arc System Works is recreating the feel of the original series with their trademark technology. The anime, created by the undisputed talent of Hiroyuki Imaishi, and the scenario writer, Kazuki Nakashima – will be faithfully reproduced. Fans will have their favorite scenes revived with stunning visuals and cinematics. expect a whole new story in a brand new ‘IF’ scenario!

There is not yet much to see in terms of gameplay. If you go to the Kill la Kill – IF site, there are tons of GIFs to see. Look to R.A.G.E. Works for more information, gameplay and (hopefully) news of a North American release as they develop!