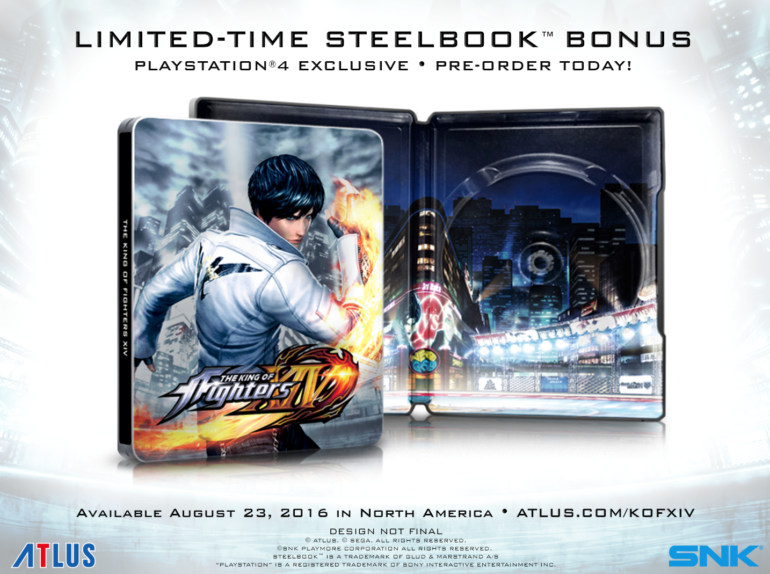 King of Fighters XIV is looking to set the fighting game world on fire this year with a roster of fifty characters. SNK says that all of the characters will be on the disc at launch. At least 48 will be playable right off the bat because one is a boss and the other the final boss. Here is a look at what you can expect when you slide the disc into your PS4:

I love the fact that Nakoruru of Samurai Showdown fame is in the game, but SNK, can we get a new Samurai Showdown? That is another issue, right now we focus on just how action packed this game will be with such a huge roster, 3-on-3 battles online and online training. King of Fighters XIV is on fire and it is only right that a game like this would launch during the hottest month of the year. Get your pre-orders in to guarantee your Day One Edition steelbook and prepare yourselves. When you bring that game home on day one, head straight to the PlayStation Store and download your classic Kyo costume, free for the first week of release. Thirty one returning characters and nineteen new ones ensure something for everyone.

King of Fighters XIV comes exclusively to PlayStation 4 on August 23.

Now let's take a look at Nakoruru in action along with a breakdown of the official teams of the game.