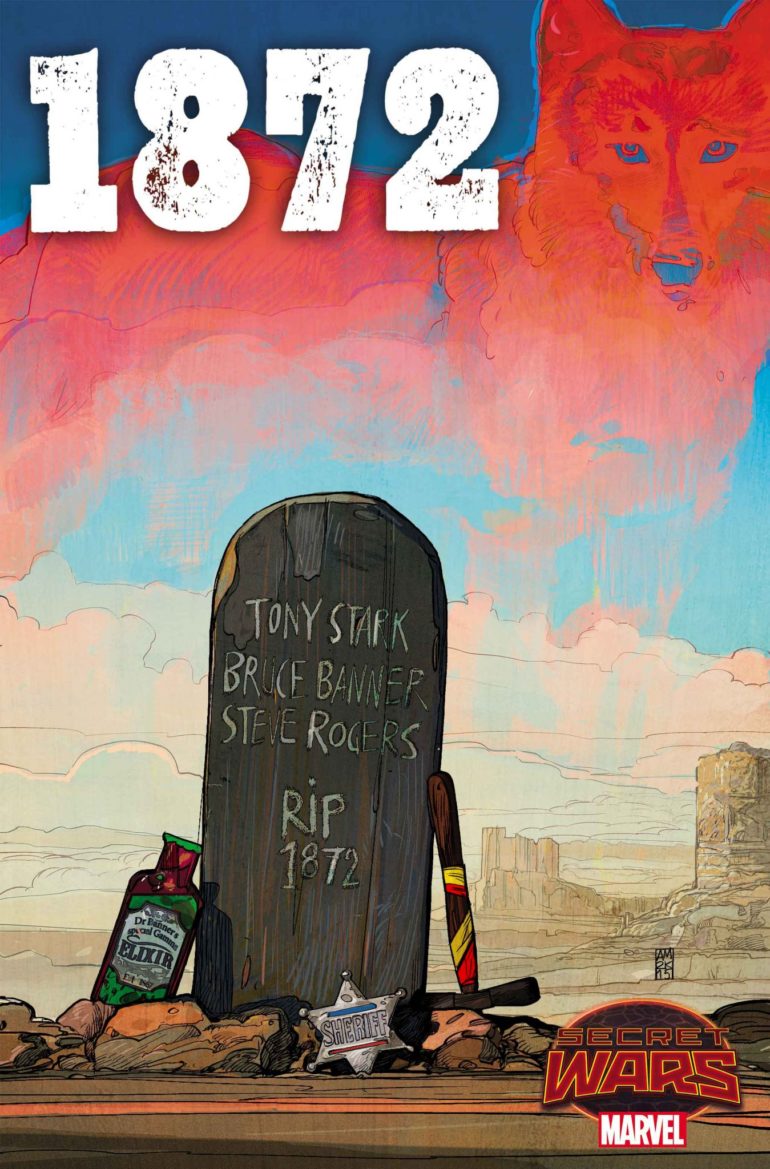 The wild west side of Marvel Universe takes center stage in their upcoming 1872 series. It's a version of the world  where Steve Rogers is a local sheriff and Wilson Fisk is a casino owner that is certain to be more than meets the eye. Long-time comic fans know that Fisk always has an angle and will surely be at odds with Sheriff Rogers.

The bigger reveal in my opinion will be Red Wolf who was shown in the new Marvel Universe piece we shared a few days ago. Are you going to give the wild west side of the Marvel Universe a shot?

New York, NY—June 9th, 2015— This July, the frontier gets a bit more marvelous! Today, Marvel is pleased to present your new look at 1872 #1 – the debut issue from critically acclaimed writer Gerry Duggan (Deadpool, Hulk, Nova) and rising star artist Nik Virella (Return of the Living Deadpool)! Prepare to see the Marvel Universe like you’ve never seen before as fistfuls of action, drama and suspense await you on Battleworld! Welcome to the small frontier town of Timely. Among the grit and the gristle of everyday life, corruption runs rampant in this tiny settlement. Local Sheriff Steve Rogers is out to clean up his town – but casino owner Wilson Fisk has other ideas! But when a mysterious stranger comes to town from parts unknown, everything in Timely is about to change – for anyone left standing, that is! Who is this mysterious Red Wolf and what business does he have in Timely? Find out this July, as 1872 #1 explodes into comic shops and onto digital devices. Saddle up, True Believer, it’s going to be a wild ride!