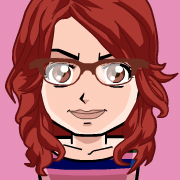 Play Arts Kai has always been at the forefront of amazingly articulated collectibles and action figures for quite some time. When I saw their offerings at Toy Fair 2014, I was blown away by the incredible amount of detailing and articulation. They continue that amazing detail with their Robocop line which showcases both the original 1987 version portrayed by Peter Weller as well as the new Robocop portrayed by Joel Kinnaman.

The 1987 figure comes with his trademark Auto 9 plus a ton of other accessories and is available now.

The 2014 figure comes in two different versions. The first is the 1.0 version, which looked similar to the 1987 Robocop and had a similar color scheme as well. Much like the 1987 figure, we get all the signature weapons seen in the film including interchangeable gun parts to simulate the holster opening and closing.

The second version is Robocop 3.0 which has the black color scheme and  was seen towards the final act of the 2014 film. He includes all the accessories of version 1.0 .

All three figures retail for $89.99 and can be purchased by clicking the links or pictures.