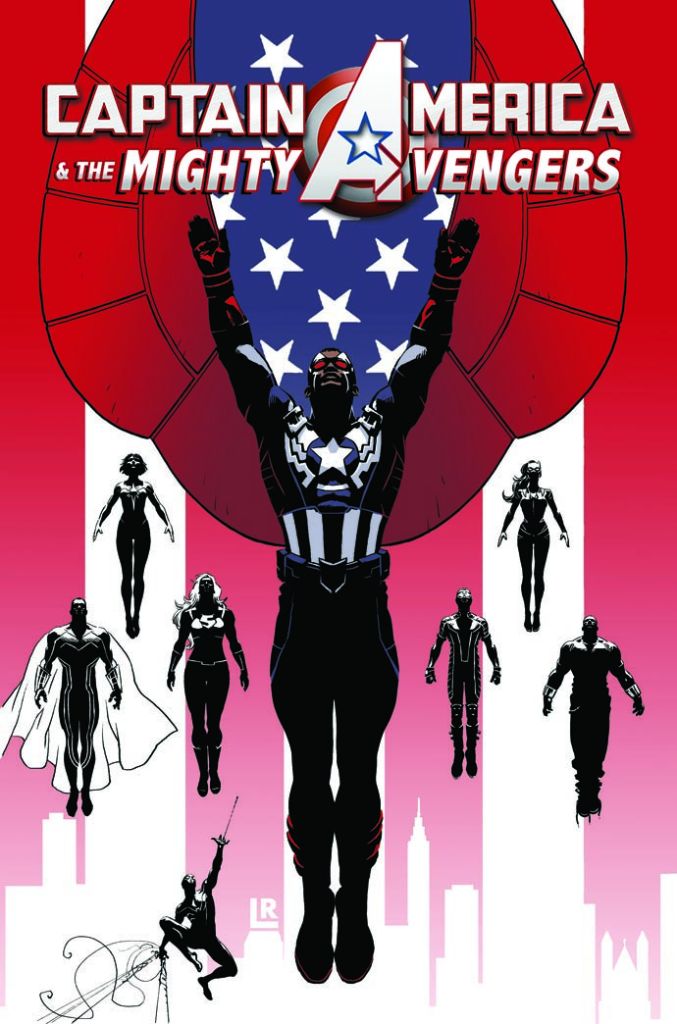 Fresh off the announcement that Sam Wilson will be the new Captain America, we learn that he will be leading a new team of Avengers. Will Earth’s Mightiest Heroes fall in line and take leadership from a Captain that is not Steve Rogers? Wilson will definitely have his hands full as he becomes accustomed to being the new Captain America. I definitely think that this new series will truly test Wilson as a leader and give him a unique set of challenges. I definitely have this book on my radar.

New York, NY—July 28th, 2014— This November, Sam Wilson takes the Mighty Avengers higher, further and bigger than ever before in CAPTAIN AMERICA & THE MIGHTY AVENGERS #1 – an all-new series launching as part of Avengers NOW! Fan-favorite Mighty Avengers scribe Al Ewing returns along with new series artist Luke Ross for a new series with a new mission spinning directly out of the upcoming Avengers & X-Men: AXIS!

Sam Wilson has inherited his new patriotic moniker, but is he up to the task of leading a team of Earth’s Mightiest Heroes? The hero formerly known as Falcon has some new ideas for the rag-tag team of Mighty Avengers – but the events of AXIS may spell doom for the inexperienced leader. And not everyone on the team is happy with Sam’s new position as leader. Spider-Man is back, too – Amazing this time, NOT Superior. Luke Cage & Jessica Jones are still itching to give him some payback for trying to take their daughter to Child Services. And what is Luke Cage doing meeting with the head of the notorious Cortex corporation?

“As for the mission statement – same as it’s ever been,” promises writer Al Ewing, in an interview with Marvel.com. “Help those in need, however they need it. This is where all the work over the previous series pays off – the Gem theater is refurbished, the hotline is in place, the field team is on standby to take care of problems nobody else can handle. The Mighty Avengers are hitting the ground running.”

All this and more in just the first issue True Believer! No fan can afford to miss this all-new beginning when CAPTAIN AMERICA & THE MIGHTY AVENGERS #1 takes off this November!

For more on Captain America & the Mighty Avengers and other Marvel San Diego Comic-Con announcements, head to www.marvel.com/SDCC2014.