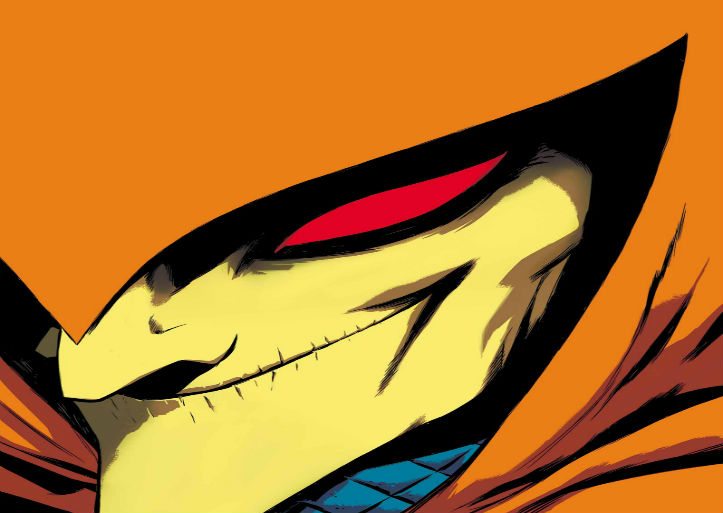 The original Hobgoblin is back in action as Roderick Kingsley dons the orange hood once again. Phil Urich who now runs the criminal underground as the Goblin King has issues with Kingsley from their earlier run-ins so we know a collision course between both goblins is imminent. It will be interesting to see how Hobgoblin carries a solo book in this three-part mini series. AXIS: Hobgoblin #1 hits stores in October.

Got a Problem? Call Hobgoblin! Your First Look at AXIS: HOBGOBLIN #1!

This October, suit up with the one and only original Hobgoblin as he flies straight into the biggest event of the year inAXIS: HOBGOBLIN #1! That’s right, Roderick Kingsley, the one and only original Hobgoblin is back and fan-favorite creators Kevin Shinick (Superior Spider-Man Team-Up) and Javier Rodriguez (Daredevil) are taking him for a spin that’ll paint New York City orange! Only, Phil Urich, the city’s newly self-proclaimed Goblin King might have a thing or two to say about that! Yet as the threat of Inversion looms, prepare for a Hobgoblin book unlike any you’ve ever seen before. It all begins this October in AXIS: HOBGOBLIN #1!