The “Next Generation” of The Walking Dead Is Here! 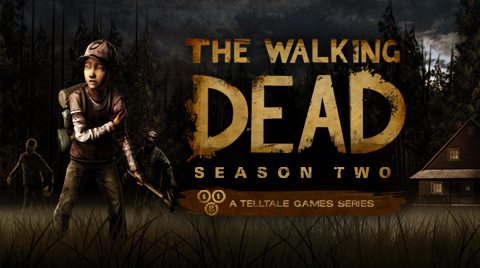 You have read the reviews and hopefully, you have played through the episodes. You know that Telltale Games’ take on Robert Kirkman’s hit franchise The Walking Dead a fantastic story. Arguably, it is better than the original comic and AMC’s take on it in the television show. Now that season two is done and we are all waiting for season three, it is time for the slackers to play catch up. October 21 is the date for you to make that happen as collected disc version of season two becomes available on PlayStation 3 and Xbox 360.

Those who want to experience Clementine’s journey through a world no child should have to witness on current-gen systems do not have to jump in halfway. On October 14, The Walking Dead Complete First Season will be released for PlayStation 4 and Xbox One, with the second season following the next Tuesday on its release date. Maybe you traded in your PS3 or 360 in order to get your new console, suffered the red ring of death or this is just your first console. Whatever the reason, you can play through story of Lee and Clementine and their poignant separation (hold back the tears, Slick!). If you get both seasons, it will only cost you the amount of a regular release as each one is priced at $30. If you have never played this game series, now is the time before season three starts next year!