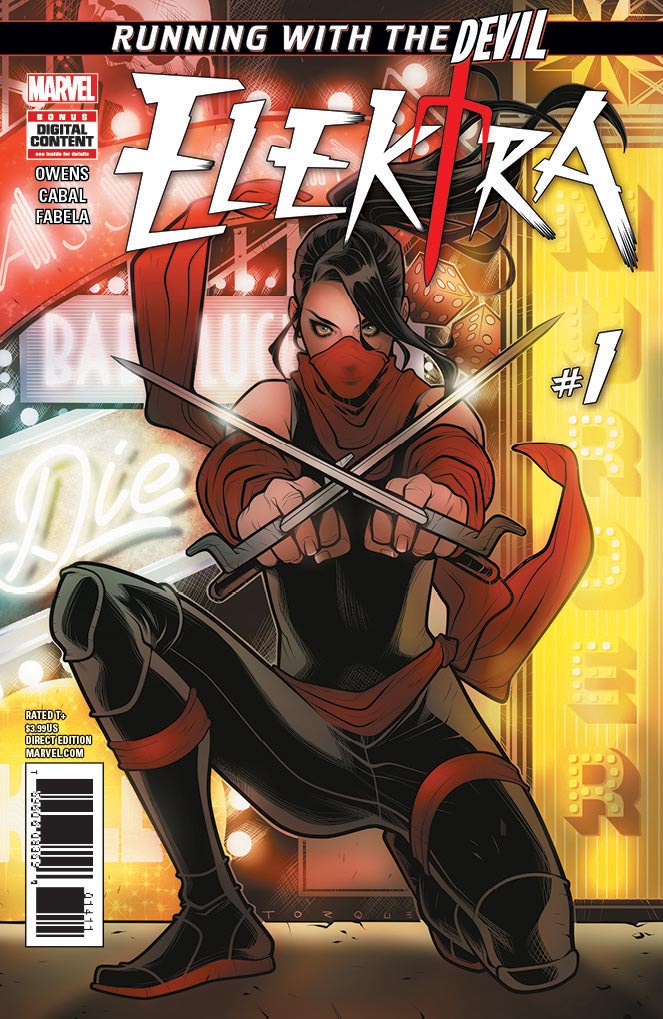 Elektra is trading the New York City for Sin City for her new ongoing series and will square off against Arcade in issue #1. Arcade wants to make Elektra the newest contestant for Murderworld and he may be biting off a bit more than he thinks. We'll see how Elektra adapts to the bright lights of Las Vegas starting February 22nd.

My Take: Elektra, Bullseye, and Kingpin are all getting ongoing series from Marvel and out of the three I feel Elektra has the most potential as she is a character with plenty of layers and ton of demons. The change of scenery will only help a solid character be even better. I am not too fond of Arcade being the first villain she faces but his “amusement parks” do make for some interesting scenarios. Check out the covers for the book as well as some panel previews below.

An Assassin Comes to Vegas – Your First Look at ELEKTRA #1!
New York, NY—January 25th, 2016 — Sin City has a new player as Marvel’s deadly assassin heads for the bright lights and dry heat of the Las Vegas Strip! Today, Marvel is pleased to present your first look inside in the can’t-miss ELEKTRA #1 – a brand-new series coming this February from writer Matt Owens (Marvel’s Luke Cage) and artist Juann Cabal! Elektra is “Running With the Devil” as the one-time ninja assassin attempts to lose herself in the vibrant sea of neon, noise and anonymity. It’s time for a fresh start. But when you have a past as tumultuous as hers, you can’t outrun it for long! Her arrival hasn’t gone unnoticed by the criminal element of Las Vegas either – drawing the attention of none other than the villainous Arcade! He’s got his eyes on her as the newest contestant for his revamped Murderworld! Can Elektra ever truly escape the vortex of violence that has consumed her life for so long? Or is the cycle doomed to repeat itself? Her new journey into Murderworld and beyond begins onFebruary 22nd in ELEKTRA #1!