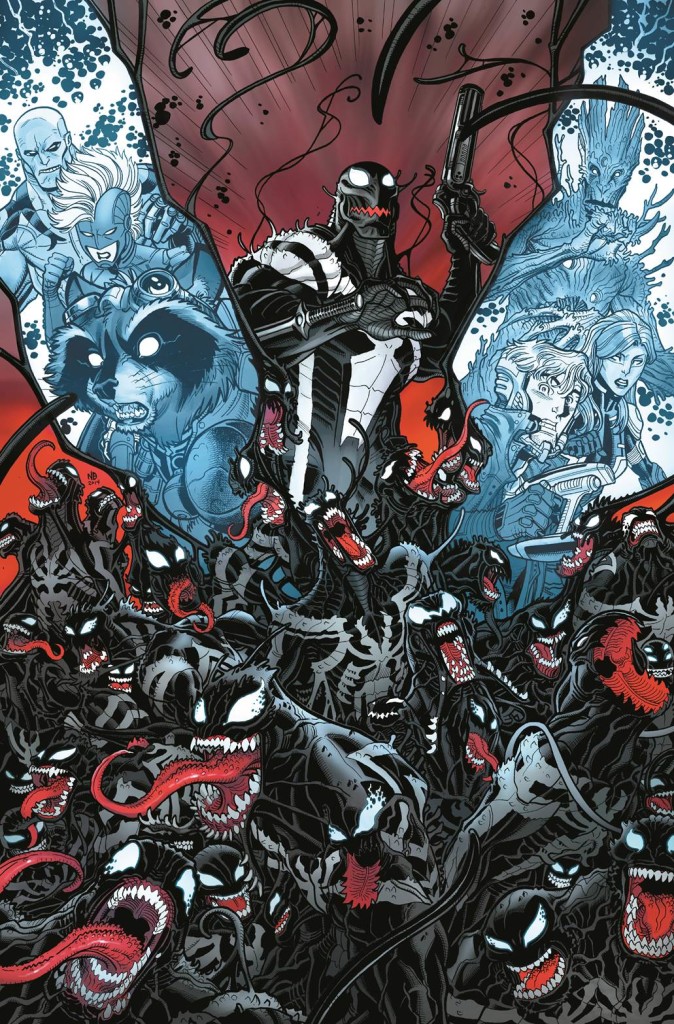 Have you ever wondered what Venom's home world is like? The Guardians of the Galaxy are planning to give us a guided tour and Agent Venom is along for the ride. How will Venom act being among his own kind and where will Flash Thompson fit in? The Guardians are in for a wild ride with the unpredictable Venom and a planet full of symbiotes and the Planet of the Symbiote arc begins! It sucks we'll have to wait till November though.

The Guardians of the Galaxy Face the Planet of the Symbiotes This November!

This November, dare to venture where no hero in the Marvel Universe has ever gone before as the Guardians of the Galaxy find themselves stranded on the home world of the Symbiotes! It all kicks off this November in Planet of the Symbiotes, the newest storyline beginning in Guardians of the Galaxy #21, from blockbuster writer Brian Michael Bendis and Marvel All-New Young Gun artist Valerio Schiti!

Ever since the Symbiote bonded with Flash Thompson, he has wielded it as a force for good, making the Earth a safer place as the hero known as Venom. Only the far reaches of space are a little bit out of his depth – even when he’s packing a crazed alien costume!

“Isn’t it interesting after all this time, we’ve never seen the Symbiote’s home planet?” says Executive Editor Mike Marts. “What does the planet look like? How will they respond to Agent Venom? It’s a lot of mystery, which is always fun. But come November, we’ll be adding to the Symbiote mythology in some new and exciting ways.”