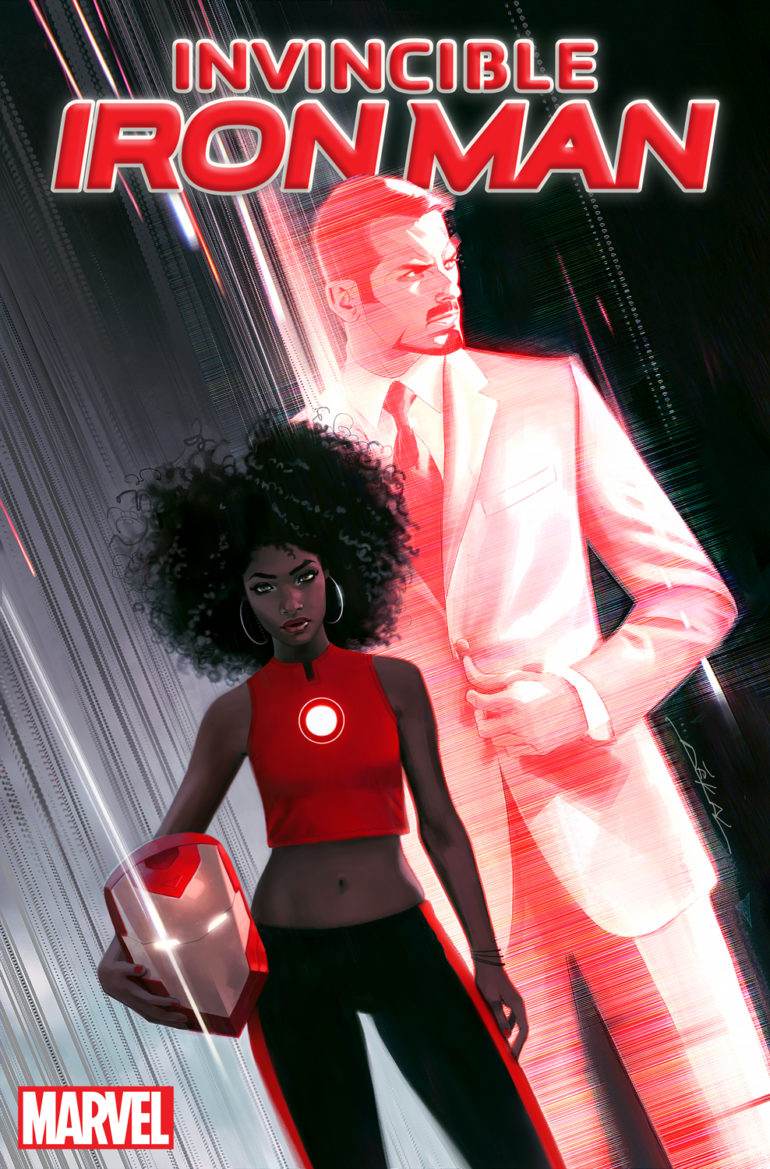 The status quo for Iron Man will once again see changes post-Civill War II as a new individual dons the armor and takes Tony Stark's place as Iron Man. Riri Williams who was introduced in Invincible Iron Man will be donning some reverse engineered Stark tech and assume the mantle of the Armored Avenger this fall. While Civil War II is still in progress one has to wonder what will occur that would have forced Tony to no longer wear the armor. Stark is currently in the midst of some huge events including the loss of Rhodey and the truth about his parents so those issues along with the fallout from Civil War II will make for an interesting transition both for Stark and for long time Iron Man fans.

My Take: While many are viewing this as another Marvel attempt at generating press I feel that if done right there is potential for some great storytelling. I wouldn't mind seeing Tony in a role similar to Bruce Wayne in Batman Beyond. Brian Michael Bendis has yet to disappoint when it comes to compelling storytelling so I am definitely willing to check out the series.

What do you guys think about the new “Iron Man” and the direction of the series? Let's hear it in the comments.

Making her debut earlier this year in the pages of Invincible Iron Man, Riri Williams will explode out of the pages of Civil War II and into the boots of the Armored Avenger. Reverse-engineering her own set of armor to make the world a better place, Riri will lead the charge as Iron Man! Well, for now. She’s working on the name! But what has become of Tony Stark? What could have happened during Civil War II to make him hang up the repulsors? That is if he makes it out in one piece!

“We’re in the middle of a very big Tony Stark storyline – actually three storylines converging,” says Brian Michael Bendis,speaking with TIME. “His best friend died, his company is collapsing and he’s finding out who his biological parents were all at the same time. How that all shakes out such that Tony is no longer in the armor? You’ll have to wait to find out for the end of Civil War II. But it does create a path for Riri Williams, who Tony will know and will be interacting with very shortly in the comics.”

Strap in and suit up, True Believer. There’s a new hero in town. And she’s ready to take the Marvel Universe by storm. Be there as Bendis and Caselli armor up to bring you a new armored hero for Marvel NOW! Don’t miss INVINCIBLE IRON MAN #1 – coming to comic shops and digital devices everywhere this fall!