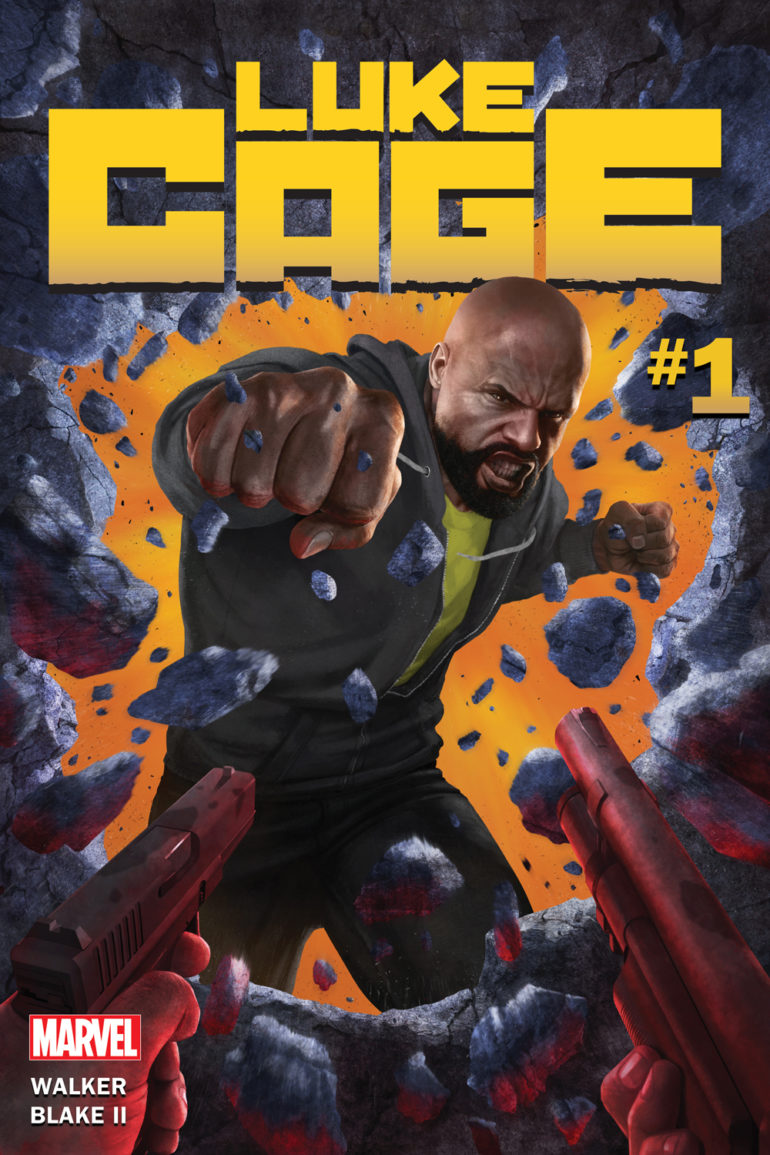 Luke Cage is trading the streets of NYC and heading to New Orleans for Marvel's newly announced Luke Cage series.

My Take: Marvel continues to refresh each of the Defenders individual books prior to the series debut on Netflix and while the locale for Luke Cage may change his capacity to help others has not especially when it ties so deeply into his origin. We'll see if this new ongoing series has more than a change of scenery to keep readers attention when it arrives in May.

LUKE CAGE #1 Hits The Streets of New Orleans For New Series!
Luke Cage Stars in New Solo Series This May!

New York, NY—February 6th, 2017 — Harlem’s Hero for Hire is going solo this May, and he’s off to New Orleans to uncover a mystery that dates back to his very origins! Today, Marvel is pleased to announce LUKE CAGE #1 – the new series from critically acclaimed writer David F. Walker (Power Man and Iron Fist, Occupy Avengers) and rising star artist Nelson Blake II (Romulus)!

It’s big trouble in the Big Easy! Dr. Noah Burstein, the man who made Luke Cage into the unbreakable hero he is today, is dead. So when Luke heads to New Orleans for the funeral of his mentor and father figure, he’s looking for answers. Mysterious billionaires, a woman with a secret, super-powered gangs and more than a few shadowy figures lead Luke to the conclusion that there’s more to this death than meets the eye. This Hero for Hire is on the case for free, and so help anyone who stands in his way!

“I just wanted to pull him out of his element for this story,” says David F. Walker, in an interview with Marvel.com. “Taking a character out of an environment where they are sure of themselves, and then putting them in a place of physical and psychological uncertainty often makes for good drama.”

Cage is out for answers – and he’s not above using a little force to get them! The underworld of New Orleans won’t know what hit them when Luke Cage comes to town! Don’t miss the explosive first issue when LUKE CAGE #1 comes to comics shops everywhere this May!