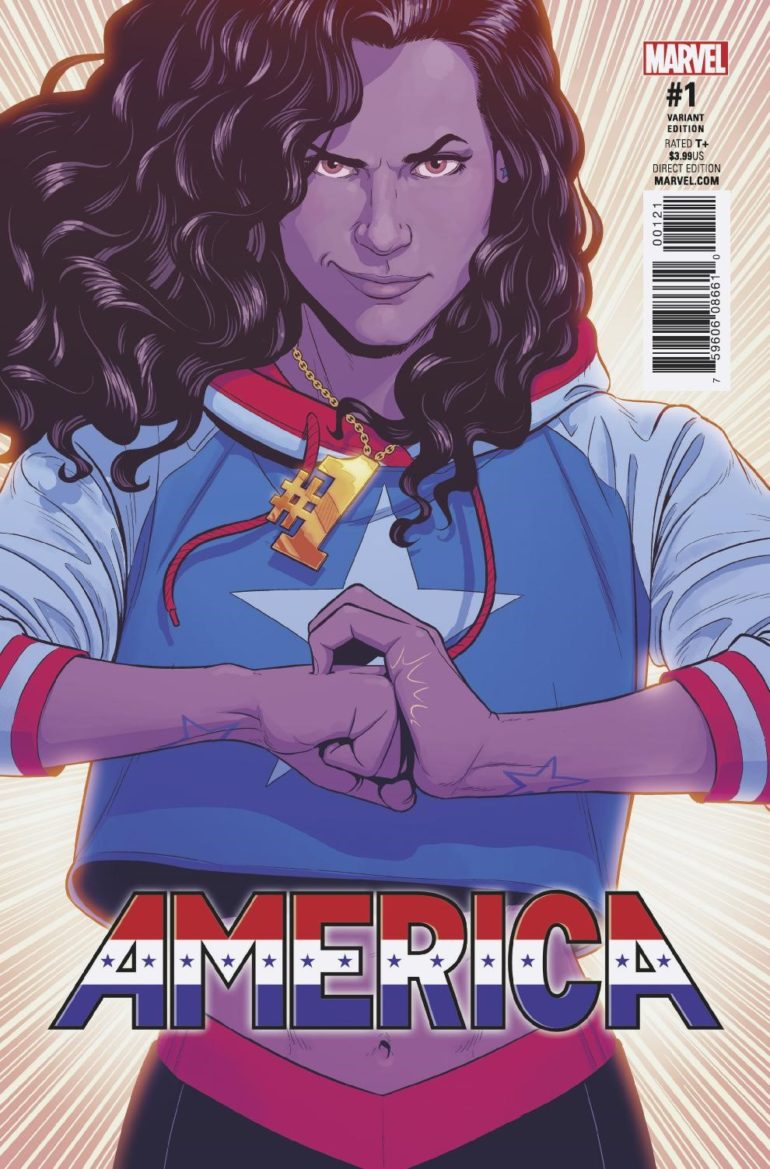 My Take: While the America Chavez's sexual orientation will surely create some conversation the real story is the fact that a character capable of opening portals between the multiverse so easily has not been given a more prominent role considering all the dimensional conflicts that have popped up recently. This of course will change when America #1 arrives in March but does a character with so many layers have enough of a compelling story to hold down an ongoing series. While I personally enjoyed the Young Avengers and even A-Force to a degree I am concerned this book will be marketed and spoken about because of the characters sexual orientation and not the fact that she is one Marvel's underappreciated badasses who has been front and center in quite a few teams.

Check out some of the covers as well as a sneak peek of issue #1 below.

AMERICA #1 Explodes Into Comic Shops This March – Your First Look!

As the new leader of the Ultimates, America has cemented herself as the preeminent butt-kicker of the entire Marvel Universe. But when your punch is enough to shatter the barriers between worlds, sometimes being a superhero can get in the way of self-discovery. So what’s a super powered teenager to do for a little fulfillment? She goes to college! …Right after she punches out a few interdimensional monsters and takes down a pesky alien cult.

She’s stood side-by-side with some of the most powerful heroes in the Marvel Universe, but now it’s time for her to fly solo. Be there as America plants her feet, punches her way through dimensions and faces off against an oncoming alien horde — all while managing a social life and a full class load. Don’t miss the highly anticipated AMERICA #1 – coming to comic shops and digital devices everywhere on March 1st!