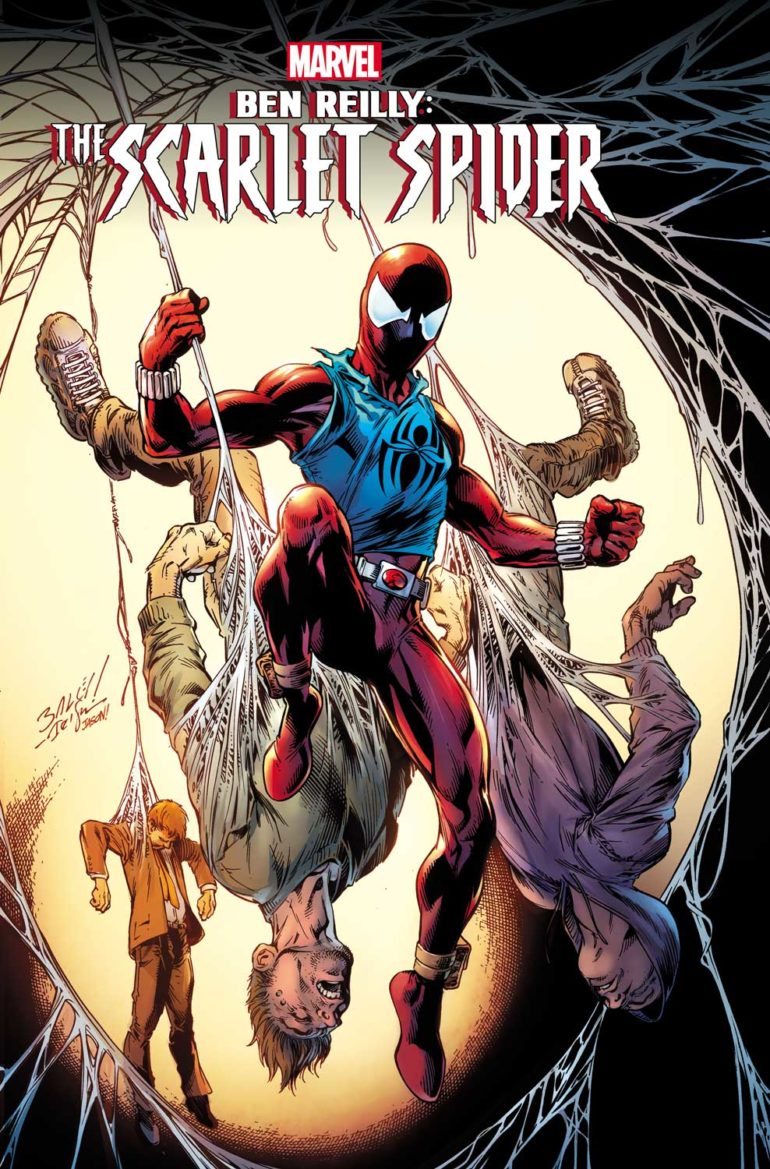 If you are familiar with The Clone Saga then Ben Reilly will ring a bell. Besides having the very awesome hooded Spider-Man costume the Scarlet Spider was one of the better-received elements of that arc. Reilly resumes his web-slinging duties post Clone Conspiracy but one must wonder if he will be friend or foe. The only thing we know for sure if that the Kaine the former Scarlet Spider wants him dead.

My Take: When the Scarlet Spider burst on the scene after the clone saga the writers did a great job in making more than a Spidey clone and that work was part of the reason why I became a fan of the character. Having both Reilly and Kaine in this new series will surely keep things interesting and it's a given that Spider-Man will definitely be seen in this series given the relationship between these three web slingers.

BEN REILLY: THE SCARLET SPIDER #1 – Your First Look at The New Series!

New York, NY—March 31st, 2017 — This April, one of the most controversial characters in Marvel history returns to don the mask (and hoodie!) once more. Today, Marvel is pleased to present your first look inside BEN REILLY: THE SCARLET SPIDER #1 – the new series from New York Times Bestselling creators Peter David (Amazing Spider-Man, Spider-Man 2099) and Mark Bagley (Ultimate Spider-Man, All-New X-Men)! That’s right, Ben Reilly is webslinging his way back into comic shops everywhere and he’s bringing two of the most accomplished & beloved Spider-Man creators of all-time with him! Only question is – will it be as a hero…or a villain? In the aftermath of The Clone Conspiracy, Ben Reilly has returned with a new lease on life. Not as Peter Parker’s clone – but as his own man. Will suiting up once more as the Scarlet Spider be enough to outrun his personal demons? All while being able to stay one step ahead of the man hunting him – Kaine Parker – the former Scarlet Spider?! More importantly, can you ever truly outrun your past? Find out as the iconic fan-favorite character returns to the fore once again in BEN REILLY: THE SCARLET SPIDER #1 – swinging into comic shops on April 26th!