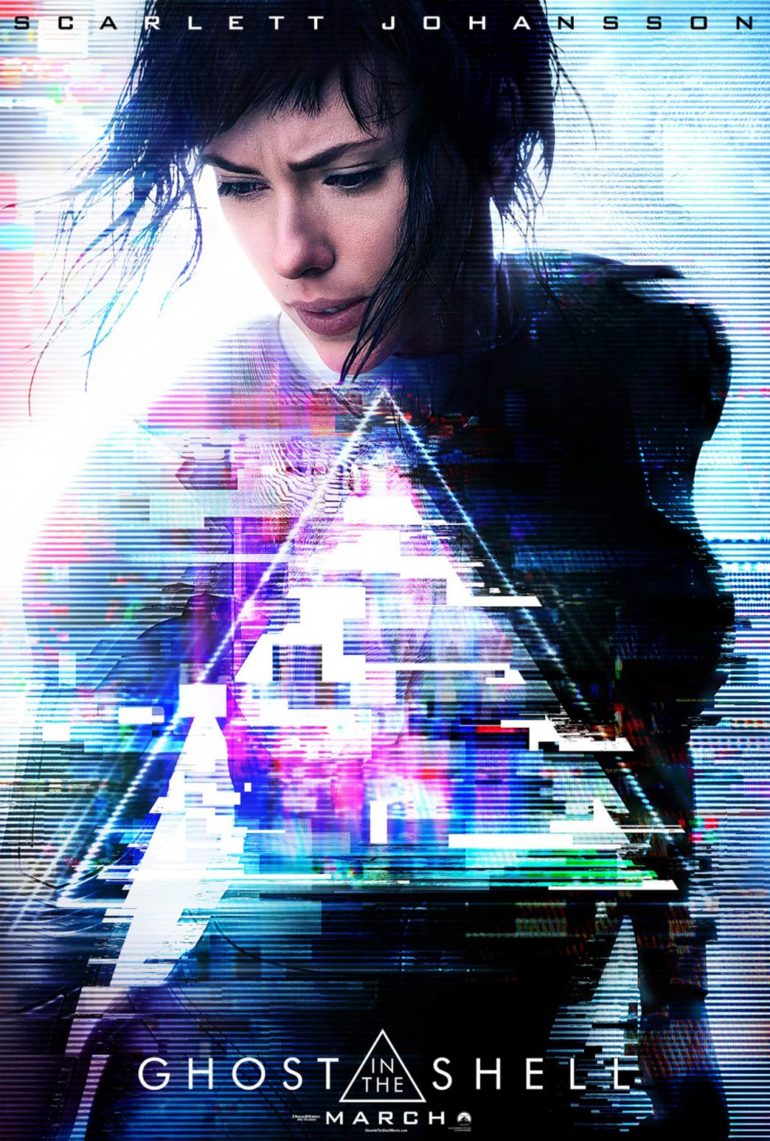 In the near future, Major is the first of her kind: A human saved from a terrible crash, who is cyber-enhanced to be a perfect soldier devoted to stopping the world's most dangerous criminals. -via IMDB

Feature Trailer for Ghost in the Shell on TrailerAddict.

I'd be lying if I said that the initial news regarding a live action Ghost in the Shell with a non-Asian actress playing Major were met with a positive response. I was honestly annoyed, as there is a slew of talented Asian actresses that would have worked in the role. But regardless, I monitored the development of the film just to see how the final product would look. When trailers started to hit the net my opinion softened a bit and while I was still apprehensive, the visuals and the recreation of key moments from the anime piqued my interest. The last trailer I saw was during our viewing of Kong: Skull Island in IMAX/3D and seeing the visuals in IMAX and 3D tipped the scales for me to see the film. So how was the film? Glad you asked!

Ghost in the Shell had a surprisingly straightforward plot and while Scarlett Johansson's acting usually leaves a bit to be desired, her monotone delivery was perfect for her role as Major (although at times it reminded me of her role in Lucy). I was pretty impressed that we even got some explanation about the whitewashing, albeit one that won't please most people as it will surely be considered a half-assed justification.

There were a lot of solid performances beyond Johansson's such as Pilou Asbaek's Batou who not only had great chemistry with Johansson but looked as if he was ripped right out of the anime. Takeshi Kitano never disappoints and his work in Ghost in the Shell was great. The shocker for me was Michael Pitt, who I have been a fan of since his roles as Jimmy Darmody in Boardwalk Empire and as Mason Verger on Hannibal. The work he put in for Kuze was a solid mix of a tortured soul and a vengeance-seeking terrorist and it was an impactful performance as usual. Pitt is known for being a bit difficult, but damn does he kill it in whatever role he's in.

The 3D used in this film was phenomenal, especially when shots of the city were shown. IMAX definitely added to the presentation but the 3D was the star of the show. When it came to the action sequences, the 3D turned a solid scene into a mindblowing one with all the particle effects and explosions and there was no better instance of that than the film's climax.

Ghost in the Shell is a solid action film and while it is not as deep a story as the animated source material it definitely is worth checking out. 3D is a great medium for this film and if you can see it in that format definitely do so. When the film comes out on 3D Blu-ray or 4K Blu-ray it will definitely be a great home theater showpiece.