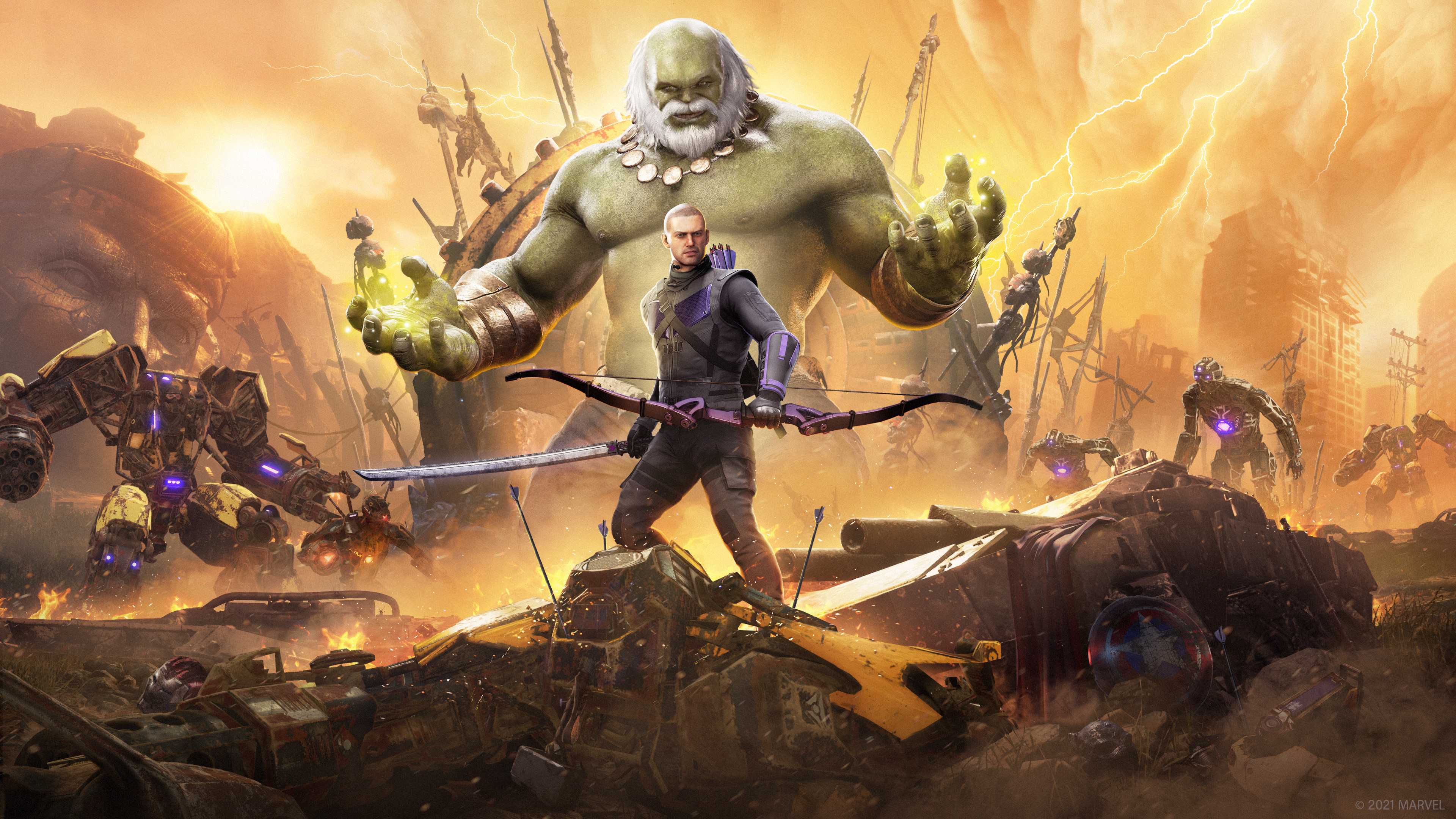 Square Enix announced that Marvel’s Avengers comes to PS5 and Xbox Series X|S on March 18, 2021. Along with the next-gen version of the game comes Clint Barton aka Hawkeye. Players who own the PS4 or Xbox One version of the game can upgrade at no additional cost. Please note that uprades and game data transfers are console-specific.

Clint Barton will bring his unique talents to the game’s roster at no cost to owners of the core game. He will be part of Marvel’s Avengers Operation: Future Imperfect. This new chapter in the game's story introduces Hawkeye and a new villain in the form of the Maestro. The Avengers must face an evil version of Hulk with Bruce Banner’s brains and the Hulk’s strengths and abilities. The green goliath is now driven mad in an apocalyptic future. Clint Barton must be the key to stopping him.

Prepare for a truly rich experience and combines the single-player focused Reassemble story campaign with the ongoing Avengers Initiative. War Zone missions will take the Avengers around the world and beyond. Each mission in the Reassemble campaign is designed to showcase one or more hero’s unique abilities. Initiative missions can be played solo with your custom AI team or with a group of up to four players.

The narrative of Marvel’s Avengers will expand over time with the addition of new stories. Look for new heroes, villains, mission types, regions, items, and more delivered to players at no additional cost. These stories move the entire narrative world forward on a multi-year arc, and all-new missions are accessible to the entire roster of playable heroes. For more details, please check out the official website.