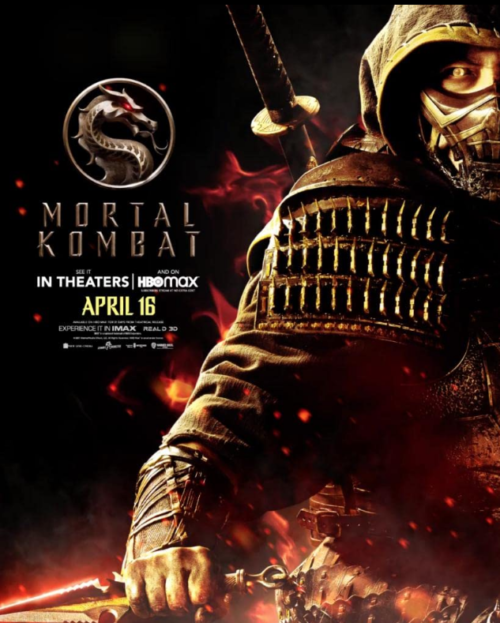 Plot Synopsis: MMA fighter Cole Young (Lewis Tan), accustomed to taking a beating for money, is unaware of his heritage-or why Outworld's Emperor Shang Tsung (Chin Han) has sent his best warrior, Sub-Zero (Joe Taslim), an otherworldly Cryomancer, to hunt Cole down. Fearing for his family's safety, Cole goes in search of Sonya Blade (Jessica McNamee) at the direction of Jax (Mehcad Brooks), a Special Forces Major who bears the same strange dragon marking Cole was born with. Soon, he finds himself at the temple of Lord Raiden (Tadanobu Asano), an Elder God and Earthrealm protector, who grants sanctuary to those who bear the mark. Here, Cole trains with experienced warriors Liu Kang (Ludi Lin), Kung Lao (Max Huang), and rogue mercenary Kano (Josh Lawson) as he prepares to stand with Earth's greatest champions against the enemies of Outworld in a high stakes battle for the universe. But will Cole be pushed hard enough to unlock his arcana-the immense power from within his soul-in time to save not… – via IMDB

1st Impression: It was a smart move by the studio to release this initial trailer as a red band trailer as Mortal Kombat is known for its brutal nature, which was definitely captured in this trailer. The visuals and character looks were in line with games, and some great on-screen martial arts are involved in bringing this film to life. Overall it looks incredibly promising. Seeing more of Sub-Zero and Scorpion is never a bad thing, considering how minimal their screen time was in the previous live-action Mortal Kombat films.

My Take: It was a smart move moving the story toward a new character with Lewis Tan's Cole Young, although I wonder if Cole Young is really who he is based on one of the trailer's scenes. Nonetheless, adding this new original character to an existing mythos gives you more world-building potential without being shackled to an existing character's story, in my opinion. Lewis Tan is a talent to keep an eye on after his great performance in AMC's Into The Badlands and later in Netflix's Wu Assassins.

Joe Taslim looks stellar as Sub-Zero, and seeing this talented martial artist get to shine is a win for everyone. Joe has been a mainstay for some time and was recently showcased in our Film Fight Friday column as Li Yong in Warrior on Cinemax. I was unsure of Hiroyuki Sanada as Hanzo Hasashi/Scorpion, given his status in Hollywood but damn, does it work. Sanada is always stellar as a tortured warrior, and if you've seen 47 Ronin, you'll get what I mean.

I think this version of Mortal Kombat will help bring the franchise back to prominence and hopefully usher in a new film franchise especially given the story that Warner Bros. has to play with and 11 games at their disposal. Guess we'll find out in April when Mortal Kombat debuts in theaters and on HBO Max.

What did you think of this first trailer? Let us know in the comments.