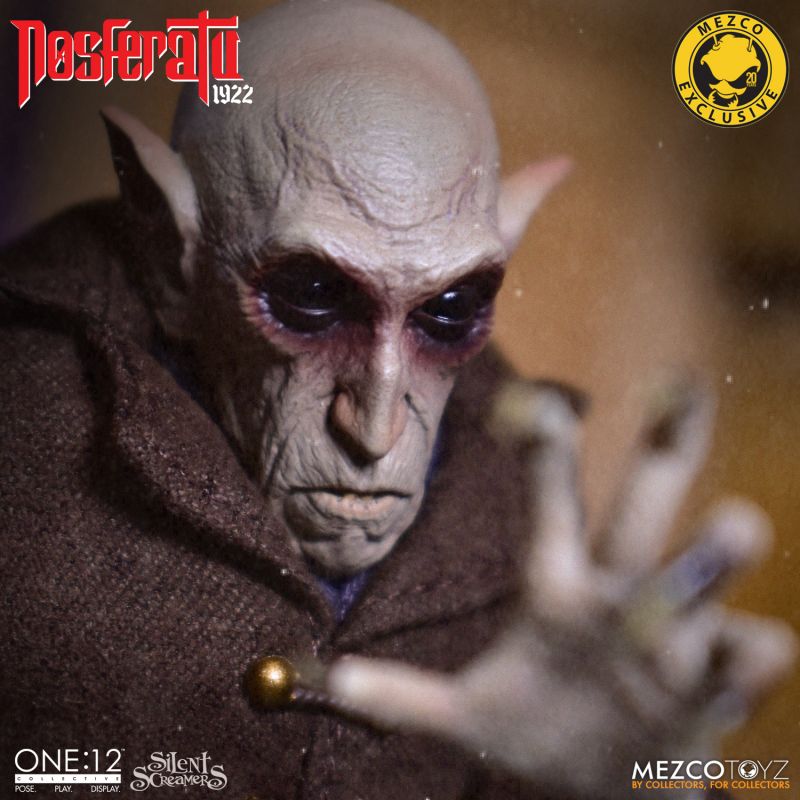 Mezco heads back to their roots in celebration of their 20th anniversary with a brand new One:12 Collective version of Nosferatu. Nosferatu was one of Mezco's first figures and it is only fitting that the Silent Screamers line starts off the iconic Count Orlok.

Meet The One:12 Collective Nosferatu

The original Nosferatu figure from Mezco was sculpted by Stephan Linder and this One: 12 version captures a lot of Linder's designs cues even though this new sculpt was done by Chu Ka Wa who collaborated with Mez on the art direction for this figure. Check out all the amazing detailing this figure has in the gallery below.

Unlike other One:12 figures, this Nosferatu figure will be part of a bundle that will include a t-shirt and a film cell that captures one of the film's most iconic scenes. Each bundle will be t-shirt size-specific all the way up to XXL.

THE ONE:12 COLLECTIVE NOSFERATU FIGURE FEATURES:

Each One:12 Collective Silent Screamers: Nosferatu figure is packaged in a collector-friendly lunchbox tin, designed with collectors in mind.

The retail price for this bundle will be $112 which may seem like a lot but you are getting a ton of extras including the t-shirt, cell and lunchbox tin.

If you would like to add the Nosferatu figure to your collection you can pre-order the figure here.