Mighty No.9 , Kickstarter, and You 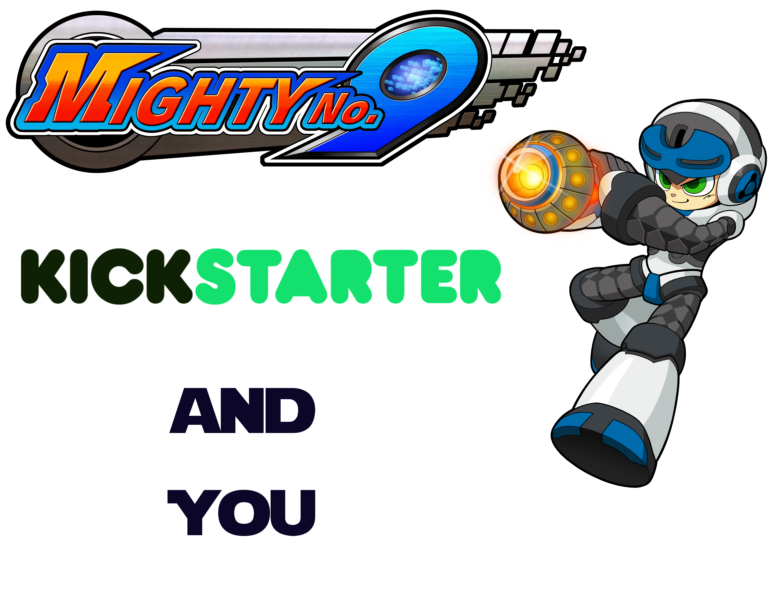 Mighty No.9 fascinates me. There could easily be a Hearts of Darkness-esque documentary about the creation of this game. While Capcom has been reluctant to create a new Mega Man game, series visionary Kenji Inafune sought to recreate the feelings that the blue bomber gave us. In 2013, Inafune launched a Kickstarter for Mighty No. 9, an action platformer in the same vein as Mega Man. To put it mildly, the Kickstarter was a huge success, with the project receiving over 4 million dollars in funding. After years of Capcom dangling Mega Man in front of fans like a carrot on a stick, the successful Kickstarter showed that the world was hungry for a new Mega Man game, even if he wasn’t in it himself.

One example of Capcom toying with Mega Man fans was his inclusion in Street Fighter X Tekken. Mega Man also made a cameo in Ultimate Marvel Vs. Capcom 3 and was also two costumes in the same game.

After almost three years and numerous delays, Mighty No. 9 has arrived with thunderous boos instead of thunderous applause. Reviews have been negative, with the biggest complaint being that it feels like a Mega Man ripoff and not the spiritual successor that was promised. What fascinates me about Mighty No. 9 isn’t the game itself, but the terrible marketing and decision-making that went on behind the scenes for this game. We all know how terrible customer service and PR can kill a video game, but Mighty No. 9 takes the cake.

If Mighty No. 9 came out and was a disappointment, that would be the end of the conversation. People would speculate what went wrong, but that's all it would be -speculation. However, the numerous delays that pushed the game back over a year from it's expected release, the vague reasoning behind the huge delays, and a marketing tagline that promised to make your enemies “cry like an anime fan on prom night” caused fans and reviewers to become extra critical. The final nail in the coffin came when Inafune said something along the lines of “Mighty No. 9 wasn’t made for four million dollars, it was only a fraction of that. We don’t know where people are getting such a high number, much of the money pays for other fees besides the actual game”. Then the rumor started that he said “It’s better than nothing” when it was released to scathing reviews. This is has been debunked as being an error in translation, but once the rumor had started that those were Inafune's words, the fans felt like they had been spat in the face.

The Money and The Monster

Despite Inafune claiming that all of the shortcomings with the game are his fault, the fact that he blamed the budget as being only a “fraction of 4 million dollars” makes it sound like he thinks it’s impossible to make a good game given Mighty No. 9’s budget. This is simply untrue and makes me wonder what it would have looked like on its original proposed budget of $900,000. Shovel Knight was funded for a little over $300,000 and is a better homage to Mega Man than Mighty No. 9, so money couldn't have been the prime issue. Even with its low budget, Shovel Knight is still receiving free updates to this day and was even the first 3rd party Amiibo. If you need further proof of what a well-funded and well-managed Kickstarter can do, check out Yooka-Laylee  and Bloodstained, spiritual successors of Banjo Kazooie and Castlevania, respectively.

Half the budget of Mighty No. 9 will get you this.

I was excited for Mighty No. 9. Even when I saw the first gameplay and was shocked that it wasn’t sprite based or cell shaded and the graphics looked untextured, I was still excited to play. But the straw that broke the camel’s back was when Inafune launched a Kickstarter for Red Ash when Mighty No. 9 wasn't even close to coming out. The Kickstarter fell through, but was eventually funded by the Chinese-based Fuze. It had me wondering if Kickstarter is less about funding a game and more about gauging interest.

For example, why did the Friday The 13th game and a Dark Souls board game need a Kickstarter? Was Shenmue III really going to be funded on its proposed budget when the original is one of the most expensive games ever created? How did Fable Fortune launch a Kickstarter in May yet promise a beta in August? You’re telling me that they were going to create a whole game in three months? No, the game was essentially finished and they just wanted to see who would buy it. This explains how the game wasn’t even close to being funded, yet they canceled their Kickstarter as they had found outside funding. As if they found the money lying in the street next to unsold copies of Fable: The Journey.

Furthermore, Microsoft still owns the Fable IP.  You really think Microsoft doesn’t have a vested interest in Fable Fortune’s success?  It’s a card-based dueling game, one of the hottest genres in gaming right now, so, of course, Microsoft would love to have the next Hearthstone or Gwent on their hands. Truthfully, I can’t complain about Kickstarter. At least Mighty No. 9, and all these other listed projects came out at all. Like they say, it’s better to be disappointed, than never to be disappointed at all. More games means more memories and more conversations. Besides, it’s better than nothing.