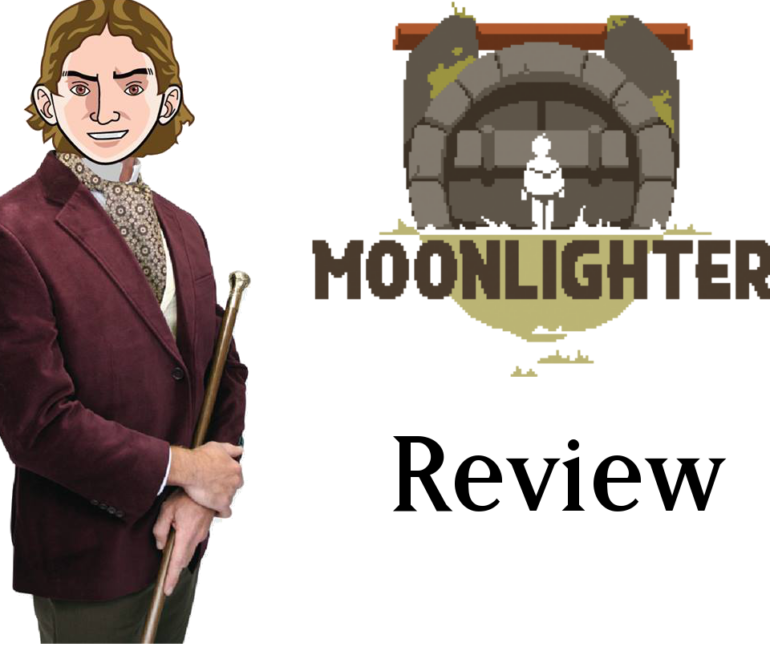 Stop me if you've played this game before. An action RPG with rouge lite elements using pixel art that blends two genres together in a randomly generated world. Sound familiar? Congratulations. You've played 90 percent of indie games released since 2013. Moonlighter fits right into this trope, but does it perfect the formula that so many before have followed?

The game starts promisingly enough, with your character, Will, entering the local dungeon with nothing but his handy broom and getting absolutely annihilated as you learn the game's dungeon crawling mechanics. You're eventually resurrected by an old man who gifts you a sword and shield and teaches you Moonlighter's other gameplay feature, shopkeeping. Here you sell items you've collected in the dungeons, but unlike most RPGs, you set the price on the items. Townsfolk will react differently depending on the price you set. They know a good deal from a rip-off and act accordingly. That's the gameplay loop, collecting artifacts in the dungeon, selling it in the shop, and using it to buy better equipment, rinse and repeat. 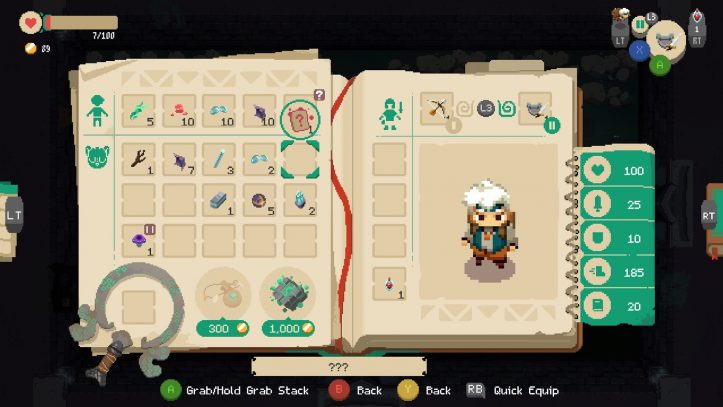 The Legend of Moonlighter

Moonlighter seems to have a fun gameplay loop but falls apart by its own combat and horrible inventory management. Swinging your sword never feels good. The best way to describe it is comparing it to The Legend of Zelda: A Link to the Past. The way Link swings his sword feels fast, fluid and you can easily move away from an enemy once you attack. Moonlighter, however, has a noticeable delay in your ability to move after you attack. The reach your character has is also pitiful compared to other enemies. Maybe the developers were looking to make the game slow paced and tactical, evidenced by the ability to dodge. Even so, the game is punishingly difficult, even on normal. I never felt as though I stood a chance. 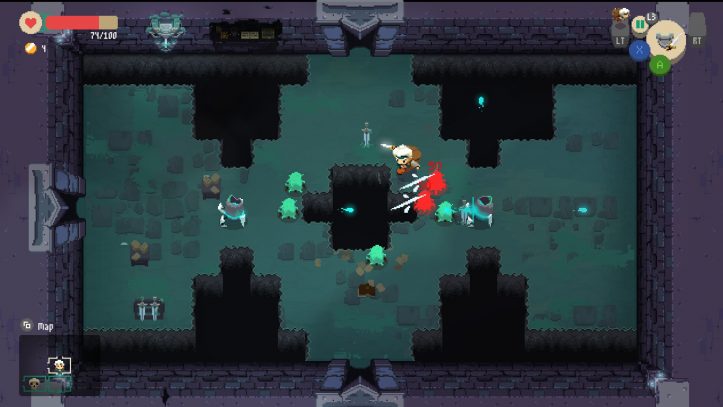 The combat is not the worst issue. The inventory management is one of the worst I've ever seen in a video game. The amount of items you can hold at a time is pathetic considering half your character is a backpack. After clearing only two floors of a dungeon, my inventory slots were full. Even worse, most enemies drop several items which you automatically pick up if you walk over them. Top it off with the fact that some items that can only be put in certain spots in your backpack. This makes an already cumbersome system all that more annoying.

Early on you unlock a way to sell inventory items while inside the dungeon, but there is no fast way to sell them. You have to individually select each individual item and drag it to the bottom of the screen to sell. I can get past the average combat, but the atrocious inventory system is inexcusable. Considering half the game is spent as a shopkeeper, the clunky system is unbelievable. I spent more time dragging around roots of grass to sell from my backpack than I did fighting generic green blobs. 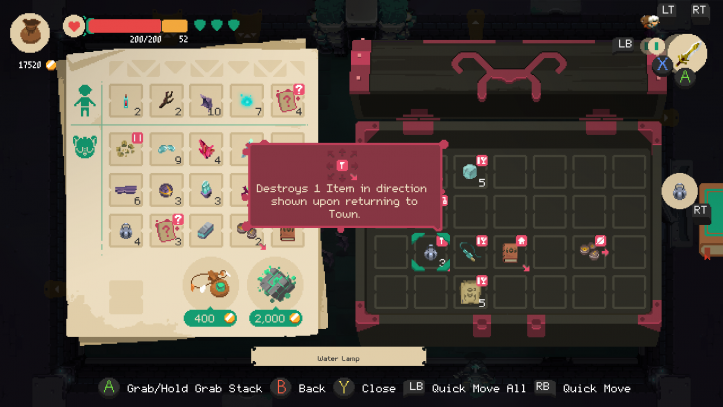 Moonlighters is about as generic as you can get. The combat is dull and the inventory system turns fun into a chore. It's a shame as speedier combat, a larger inventory and an easier way to sell items would have made the game not just enjoyable, but a stand out in a crowded genre. As of right now, it's art style and neat shop keeping idea is the only thing of positive note.