Netherrealm continues to extend the life of Mortal Kombat 11. After various new characters joined the series, including Robocop, Terminator, and even Todd McFarlane's Spawn, we thought the game had reached the end of the update cycle. Still, over the last few weeks, rumors picked up steam that a new Kombat Pack was imminent and that it would include Mileena, Rain, and John Rambo. That rumor became a reality and was, in fact, 100% accurate with Kombat Pack 2 bringing those exact three characters to the game.

Rain returns to Mortal Kombat wielding a new Katar weapon and uses his trademark magic and water-based attacks while Mileena brings her trademark sais, razor-sharp teeth, and claws into battle. John Rambo draws heavy inspiration from the First Blood film and the film's sequels, and best of all, Sylvester Stallone did the voicework for his digital counterpart.

Fans purchasing the game on the PS4 will be happy to hear that the game will include a free upgrade to the game's PS5 version at no additional cost. Mortal Kombat 11 Ultimate will also introduce “Krossplay” support allowing both PS5 and PS4 players to compete against fellow Mortal Kombat players in select gameplay modes on opposing platforms (Xbox).

Mortal Kombat 11 Ultimate will be available on November 17th. Own Mortal Kombat 11 already? You'll be able to upgrade with a Kombat Pack 2 pre-order beginning October 15th. Gamers who pre-order either MK11 Ultimate or Kombat Pack 2 will also get a special Time Warriors Skin Pack at launch, which will consist of “Dark Web” Noob Saibot, “HCF” (Halt and Catch Fire) Liu Kang, and “Blood Moon” Skarlet.

Will you be picking up MK11 Ultimate or Kombat Pack 2? Let us know in the comments. 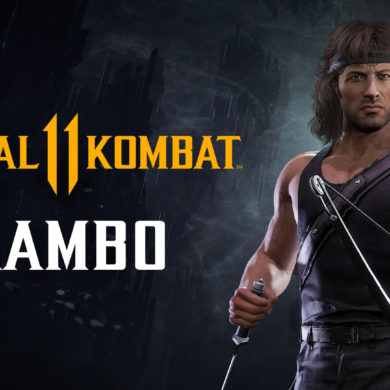