So the web has been buzzing with Direct TV’s recent decision to remove the “popular” nerd friendly video game network G4. While I have a lot of issues with the network I find it unfortunate that Direct TV would remove a network that attracts a unique demographic. Some people say it was because it was a low rating network while others blame it on Comcast. Any way you slice it there is far worst shit on TV and far shittier channels My9 I am looking at you. If the network does suffer from low ratings then they really need to look at their programming and make some serious adjustments soon before they get dropped by other providers. I will not hide my disdain for their incessant cock jokes and lame boobie gags but I do see them out there covering comic con and trying to offer unique offerings but they seem to revert back to juvenile fart jokes at the drop of a hat. How do you expect ratings to be high when you have a 4hr block of Cops and Cheaters wrapped around maybe 2 hours of real programming. AOTS did a fantastic job a few weeks back interviewing James Cameron and I was impressed at the solid quality but it was the only clean square in the toilet of shit known as the G4 network. Who at Comcast decides that Cops and Cheaters are shit gamers want to watch? How bout specials about game development or maybe content geared towards your fan base like anime,comic programming etc. How many times must I see Predator on my the channel guide? Why not movies like Batman & The Red Hood or maybe some Spider-Man flicks. I don’t wish unemployment on the G4 personalities but I do wish that their strengths were used better. Is it wrong to say that an Olivia Munn free AOTS isn’t the steaming pile of shit it used to be but actually more like sawdust covered puke which while still there is not as gross to look at. I am sure a lot of you will read this and send me some hate mail like before but in the end the gamers,nerds, and techies deserve a network that they can firmly support and the personalities won’t use as stepping stone for their own agenda.  If G4 got canceled on your cable network would you even give a damn? Share your comments below 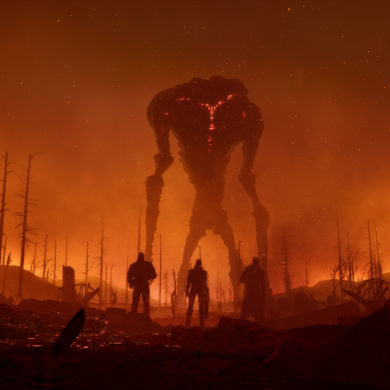