My Take On: Captain America: The Winter Soldier

Captain America adjusts to life post Avengers but enemies and faces from his past return with plans that will change the landscape not only for Captain America himself, but also for S.H.I.E.L.D and the rest of the Marvel universe.

When the credits for The Avengers rolled, I felt Marvel had delivered the gold standard of cinematic comic book storytelling. The solo films for each of the Avengers members were impressive outings that not only paved the road for an entire cinematic universe but improved with each passing film. Thor: The Dark World lead the charge for the next phase and even though it was solid, Captain America: The Winter Soldier changed the game completely and delivered an impressive mix of action, storytelling and character development that once again changed the landscape in the Marvel cinematic universe.  Chris Evans was stellar as Captain America and his performance was a perfect blend of wholesome values coupled with some well-placed comedic timing. Evans truly hit his stride in this film and was allowed to really show his range as an actor. He gave Captain America a shot in the arm after playing second banana to the immense persona of Tony Stark/Robert Downey Jr. in The Avengers. Evans' interactions with Anthony Mackie and Scarlett Johansson were also very fluid and natural, with Mackie holding his own and even stealing some scenes from Evans. Samuel Jackson's Nick Fury continued to push the many moving parts of the Marvel Universe forward as only he can with the film's ramifications impacting ABC's Marvel's Agents of S.H.I.E.L.D., I am sure we'll be seeing a lot more of Fury on the small screen as well going forward. I was originally concerned with the casting of Robert Redford because I felt an actor with his credentials would handle the role without putting in any effort to make it believable, but I was certainly wrong. Redford's approach to his role of Alexander Pierce was perfect in every way and to an extent helped add a level of realness to the plot which truly captures a lot what we are facing with the NSA and our own government.

The proverbial elephant in the room is the Winter Soldier, who while incredibly effective seemed a bit lost in the overall narrative. Sebastian Stan and the film crew did a tremendous job bringing the Winter Soldier to life on-screen and his interactions with Captain America felt like they were taken straight from the books, but the Winter Soldier while a part of the title was a small part of the overall story. I don't view this as blemish on the film as a whole but just a side effect of trying to get everything into an allotted amount of time effectively.

Action-wise the film delivered with healthy mix of close-quarter fight choreography and amazing action sequences. The fight between Captain America and Batroc (Georges St-Pierre) and his fights with the Strike Team and Winter Soldier showed that Captain America is more than a boy scout with a shield and can hold his own against any threat – human or super-powered.

I saw this film in IMAX 3D and I can say that the 3D was really not necessary but the IMAX experience is a must especially toward the film's climax. Captain America: The Winter Soldier took the elements of a five-star political thriller with a dash of Jason Bourne all wrapped up in the red, white and blue and it was incredible and must be seen. If you are a fan of Marvel's Agents of S.H.I.E.L.D you need to see this and even if you're just a comic fan you have to add this film to your must see list and in the future your must own list. It truly is worthy of all of the praise and I am happy to add my recommendation to that pile. In closing, as with all Marvel movies, stay after credits for two noteworthy scenes and enjoy the stories Marvel is telling, because they can only get better. 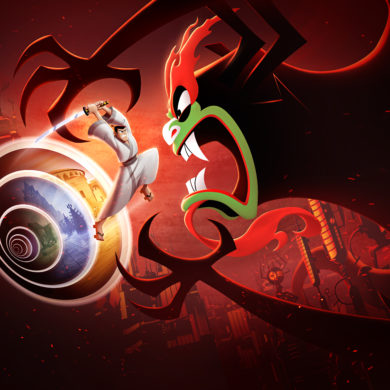