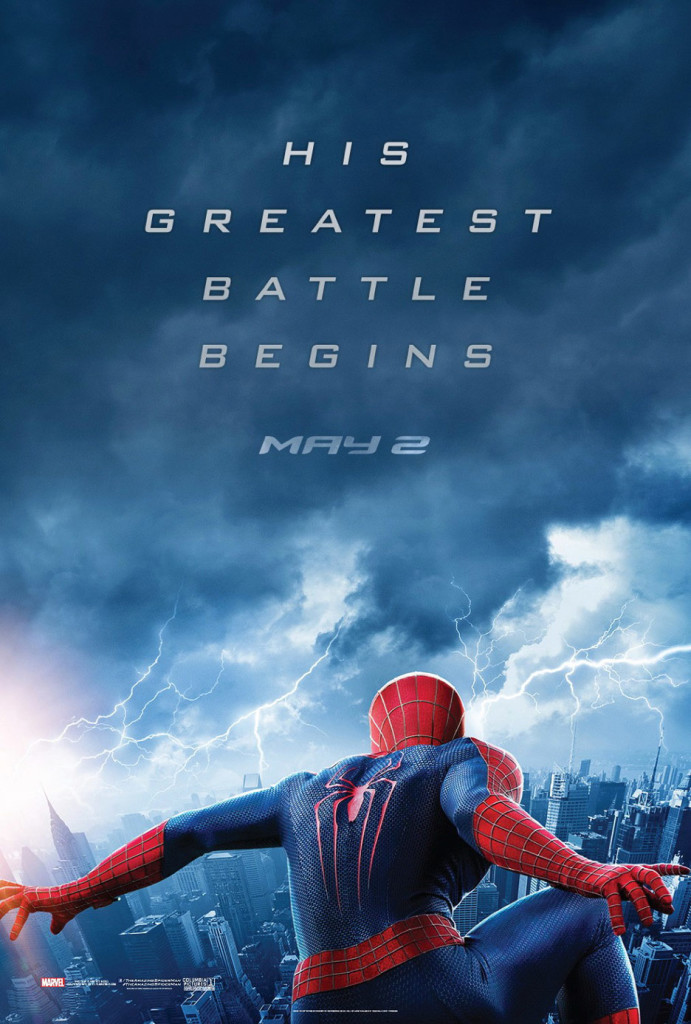 As Peter Parker continues to adjust to life as the Amazing Spider-Man, his vow to Gwen's father continues to weigh heavily on his relationship. To make matters worse, Spider-Man must overcome enemies he created even when those enemies used to be friends.

“Times Square Slo-Mo Save” for The Amazing Spider-Man 2 on TrailerAddict.

“Epic Free Fall” for The Amazing Spider-Man 2 on TrailerAddict.

“Times Square Sniper” for The Amazing Spider-Man 2 on TrailerAddict.

“Make A Deal” for The Amazing Spider-Man 2 on TrailerAddict.

It was very easy to have low expectations going into ASM 2 for a multitude of reasons. I'll start with the casting of Jamie Foxx as Electro, which at first glance was not someone I imagined bringing Max Dillon to life. The introduction of Dillon looked less a part of this film and more like an In Living Color sketch character struggling to keep up in a real world scenario. Foxx did not show brilliance with the role until his transformation into Electro and even then the true apex of the role was his interactions with Dane Dehaan's Harry Osborn. DeHaan did a serviceable job as Osborn with the right amount of entitled rich kid vibe that later evolved into full on hatred toward Peter Parker/Spider-Man. While the villains had their quirks and issues, the ones that stepped up were Andrew Garfield and Emma Stone whose real life relationship added a great dynamic to their on-screen interactions. Stone's Gwen Stacy was more than a damsel in distress and actually added to the story much like she did in the first film.  Garfield's portrayal of Spidey was excellent as it fully embraced the snark and humor that the comics are known for. Andrew Garfield has truly turned the corner and has grown on me with his work as both Peter and Spider-Man. The ending with Spider-Man and the Rhino really drove the point home that Garfield is a more effective Spider-Man then Tobey McGuire was and that's tough to admit since Tobey did a stellar job as well.  On the special effects side of things, the film was amazing and made excellent use of 3D with high points being the final battle between Spider-Man and Electro which really made the 3D a must.

One thing people may not touch upon too much was the soundtrack for this film which really added to the overall product. The Electro symphony remains a staple in my iPod because it was so unique yet so fitting throughout the film. I definitely recommend picking the score of the film if you enjoyed the music.

The plot for ASM 2 was pretty much as by the book as can be expected with certain outcomes being apparent well in advance, but sometimes simplicity can yield the best results. If the rumors floating around regarding a stand-alone Sinister Six film before ASM 3 are to be believed, then the story for this film was a great launch pad.

Amazing Spider-Man 2 delivered the goods from both an action standpoint as well as a story standpoint. My concern regarding the abundance of villains was remedied after seeing how Marc Webb brought everything together so effortlessly. If you can see the film in IMAX 3D I really do recommend it because the web-swinging scenes through New York City made the city an official co-star of the film and were amazing to see. I hate to admit that the Spider-Man cinematic universe is coming together quite nicely. As always, stay after the credits even though by now you should know this already.