My Take On: Thor 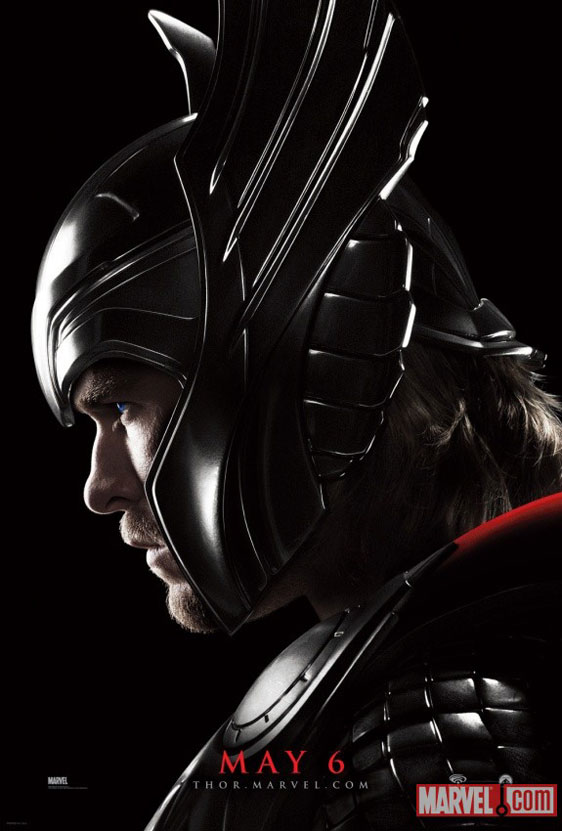 For those that know the Thor comics as well or better than I do, this section is not for you.  For comic book newbies though – you will need the short version to get you up to speed. Thor is one of two sons to King Odin of Asgard who, for his reckless and foolish actions, reignites a war with some old enemies who threaten the safety of Asgard. Thor gets banished to Earth for not only defying his father, but for endangering the lives of his team (Sif, Fandral, Hogun and Volstagg). Thor’s banishment will serve not only as punishment but as a learning experience for our brash hero. Unfortunately, Thor’s departure sets a chain of events in motion that may turn the tide for the Asgardians and lead to their downfall. During Thor’s time on Earth he meets a woman by the name of Jane Foster who helps him understand the value of being human and helps Thor see things differently. Thor’s brother Loki is the films' antagonist and plans on not only using his machinations on Asgard but also on Earth. It is Thor’s job to stop him and restore peace in Asgard and also protect Earth.

Kenneth Branagh  did a fantastic job in translating the magic of Thor’s comic book  adventures to the big screen. There weren’t any dull moments in this film and you actually gave a damn about the character. Sometimes it seems that comic films prefer style over substance ( Spider-Man 3 anyone?) but this film embraced both and delivered. Chris Hemsworth did a great job as Thor and conveyed the emotion of a spoiled brat who was humbled by his father and became better for it. Hemsworth endured an intense workout regimen to transform into the God of Thunder, and his hard work payed off as he looked the part next to everyone else – which in my eyes is part of a comic film's success. If you can’t truthfully resemble the character then the film is lost.  There is a lot of fan service in this film and small subtle set-ups for The Avengers movie which you have to watch for carefully. Natalie Portman did a great job as Jane Foster / Thor's love interest and added the little bit of romance that most guys use as a lure for their girlfriends to get to the theatre. I did want to mention that Idris Elba’s Heimdal performance was well done and for those that had issue with Heimdal being black, you seriously need to remove your color bias and just enjoy the damn movie.

Thor begins the Summer of Super Heroes with a bang. For fans of The Avengers, this is a must-see and for those on the fence about Thor as a character, know that I thought Thor sucked in the comics and even I found enjoyment in the film. I am looking forward to seeing the rest of the films unfold as we march towards The Avengers. As with all Marvel films, I recommend you stay after the credits as you will get a glimpse of things to come.  A must see!!! MTR Approved.