Looking For Our Shows? Visit The Brand New RAGE Works Podcast Network
Handel·
"The Works"GamesMovies/TV
·May 25, 2017 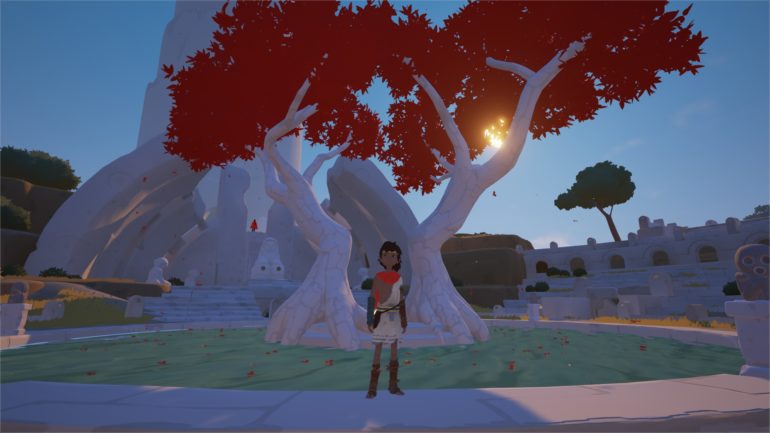 This week is heavy on gaming and whenever I think I have everything noted, something else pops up. I apologize for the wait, without further ado, here are the new Releases This Week.

The GWENT Public Beta is available starting May 24.

Fans of The Witcher III: Wild Hunt demanded it and the game is finally here (sort of). GWENT is now a public beta available to PC, PS4 and Xbox One players. Previously it had only been in closed beta for PC players which infuriated console owners. Now gamers can start playing immediately by visiting playgwent.com on PC. On consoles, download the client directly through Xbox Live or the PlayStation Store.

Embers of Mirrim launches May 23. R.A.G.E. Works has a full review here.

Embers of Mirrim is an adventure-platformer featuring a mystical creature with the ability to split into light and dark entities called Embers. As Mirrim, you can explore the dramatic landscape using the opposing forces of the Embers to affect creatures and relics in the world in unexpected ways.

Designed with a variety of gameplay – including classic platforming, puzzle-solving, formidable boss battles and thrilling chases – Embers of Mirrim ascends beyond the standard platformer with precise controls, unique mechanics, and rich environments.

The first game to make a list two weeks in a row! Disgaea 5 Complete launched a demo on Nintendo Switch last week and the full release is here now.

Disgaea 5 Complete is a strategy RPG that offers hundreds of hours of over-the-top, award-winning gameplay, and marks the first time the core game is available on-the-go. The game includes all 8 bonus scenarios, 4 fan-favorite characters, and 3 character classes that were originally DLC in the PlayStation®4 release of Disgaea 5: Alliance of Vengeance.

Originally known as Utawarerumono: Itsuwari no Kamen in Japan, Mask of Deception is a grand tale meant to enchant the hearts and minds of players in search of incredible journey. The game begins atop a snowy mountain where the protagonist awakens in an unfamiliar wilderness, surrounded by deadly creatures, with nothing but a hospital gown and a splitting headache. However, he's eventually rescued by a beautiful girl named Kuon, who sports both adorable animal ears and a beastlike tail.

Finding that the hapless man has no memory of anything, Kuon decides to take the amnesiac into her care, naming him Haku. As their journey takes them across the land, Haku will (reluctantly) encounter colorful characters (yes, that means more animal people), build deep relationships, battle ruthless enemies, and find himself inexorably dragged into the political machinations of the mighty nation of Yamato.

SAMURAI WARRIORS: Spirit of Sanada, the latest entry in the renowned SAMURAI WARRIORS action series is now available for the PlayStation®4 computer entertainment system and digitally on Windows PC via Steam®. A historically inspired action title set in Sengoku era Japan, SAMURAI WARRIORS: Spirit of Sanada focuses on the legendary Sanada Clan and their fierce will to survive. Players will follow the heroic tale of the Sanada Clan through fascinating, fan-favorite characters such as Yukimura Sanada, experiencing the journey of his upbringing, motives and struggles as he rises to the title of “The Crimson Demon of War.”

Leave the familiar world behind and step into the fantastic unknown with Portal Knights, a cooperative 3D sandbox action-RPG!

Level up your character and craft powerful gear to defeat your enemies in real-time tactical combat. Explore dozens of randomly-generated islands and restore peace to a world torn apart by The Fracture.

Craft your adventure. Level up your hero. Defeat the Portal Guardians. Become the ultimate Portal Knight!

RiME (Slick's Pick of the Week)

RiME is a puzzle adventure game with an unspoken narrative. You play the role of Enu, a young boy shipwrecked on an uncharted island in the Mediterranean. You must explore the wonders of the island and brave its dangers. The goal is to reach the top of the tower in the center of the island.

Tequila Works has said that the creation of RiME was a magical journey for them and they want the gameplay experience to be equally as magical for you. The game launches for PC, PS4 and Xbox One tomorrow (May 26, 2017) and is expected on Nintendo Switch in late August.

Tomorrow, May 26th, you can get all the excitement of a game you played a million times over on every console since the Super Nintendo. Yes, Ultra Street Fighter II: The Final Challengers is coming to Nintendo Switch with TWO new characters (that are not actually new).

Okay, I will stop bashing this. In all honesty, it will be great to have a fully portable, home version Street Fighter game on the Switch. The issue is will you pay $40 for a $10 title just to get two more characters?

Friday the 13th: The Game

Friday the 13th: The Game is a third-person horror, survival game where players take on the role of a teen counselor, or for the first time ever, Jason Voorhees. You and six other unlucky souls will do everything possible to escape and survive while the most well-known killer in the world tracks you down and brutally slaughters you.

Friday the 13th: The Game is available on PC, PS4 and Steam May 26th – because Friday the 13th doesn't come back until October this year!

Whew! I told you that there were a lot of games this week! As we move on to movies, we start (as usual) with the home releases. There is plenty of action for you to take home this week. We start with the big one: Hugh Jackman's role as James Howlett comes to an end in this film. In Fox' adaptation of the Old Man Logan storyline, Wolverine cares for Professor Xavier until a young female mutant shows up. Needing his protection, The Wolverine heads into battle one last time. In 11th century China, two mercenaries from the West (Matt Damon and Pedro Pascal) are captured by a military organization that are headquartered in a fortress on the Great Wall. In time, the duo get caught up in a battle between the Chinese warriors and a supernatural menace that the Great Wall was built to repel. A young African-American photographer (Daniel Kaluuya) is nervous at the thought of meeting his white girlfriend's parents (Catherine Keener and Bradley Whitford) for the first time during a trip to the latter's country estate. However, his anxiety soon turns into outright terror when he discovers that the family's seemingly idyllic community is hiding a sinister conspiracy, one that involves the disappearance of several black people in the area. Jordan Peele, one half of the comedic duo Key & Peele, makes his directorial debut with this horror thriller. Originally from Africa, Mari McCabe (voiced by Megalyn Echikunwoke) grew up an orphan after her parents were killed by local greed, corruption, and wanton violence. But Mari refuses to succumb to the terrors surrounding her. Inheriting her family's Tantu Totem, Mari can access the powers of animals — anything from the super-strength of a gorilla to the speed of a cheetah. As Vixen, she fights valiantly to protect the world from the threats like those that claimed her family.

We move on to theatrical films and I am somewhat surprised at the limited amount of promotion our first film received.

Pirates of the Caribbean: Dead Men Tell No Tales

Thrust into an all-new adventure, a down-on-his-luck Capt. Jack Sparrow feels the winds of ill-fortune blowing even more strongly when deadly ghost sailors led by his old nemesis, the evil Capt. Salazar, escape from the Devil's Triangle. Jack's only hope of survival lies in seeking out the legendary Trident of Poseidon, but to find it, he must forge an uneasy alliance with a brilliant and beautiful astronomer and a headstrong young man in the British navy. 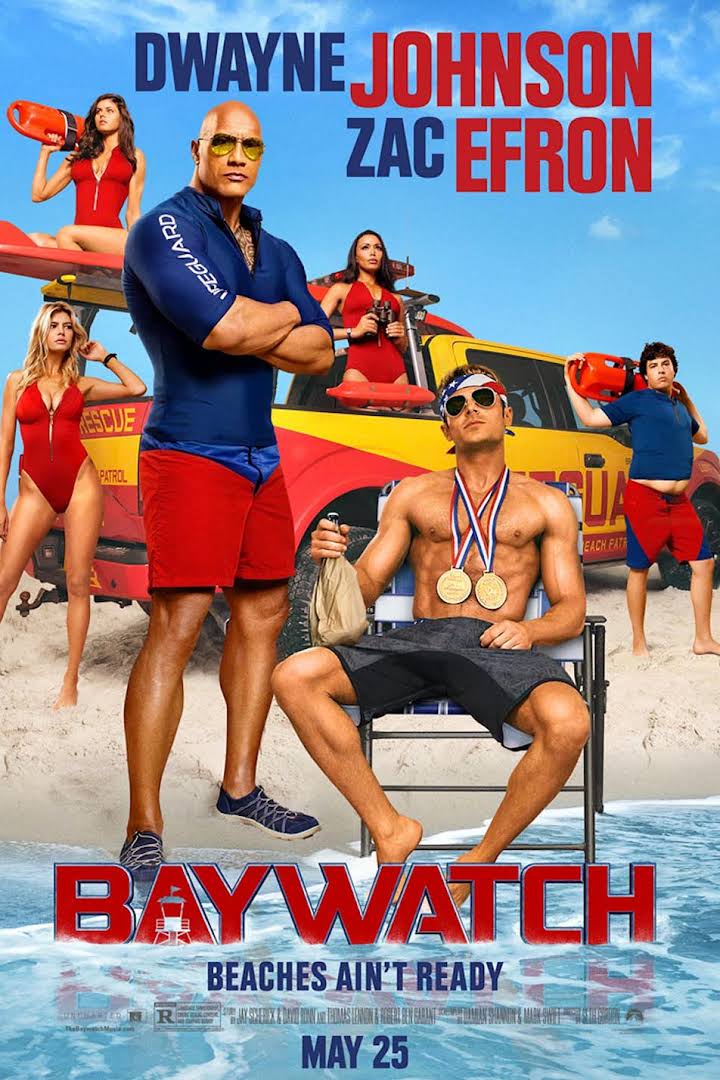 Matt Brody is a former Olympic swimmer who wants to join an elite team of lifeguards led by the hulking Mitch Buchannon. Brody thinks he's a shoo-in, but his casual attitude starts to instantly rub Mitch the wrong way. When drugs and a shady resort owner pose a threat to the bay, Mitch and Matt must put their differences aside to spring into action and save the day.

I guess when you have money like The Rock, you just don't care sometimes.

That does it for the New Releases This Week. Look for our next installment as there are big things happening next week!