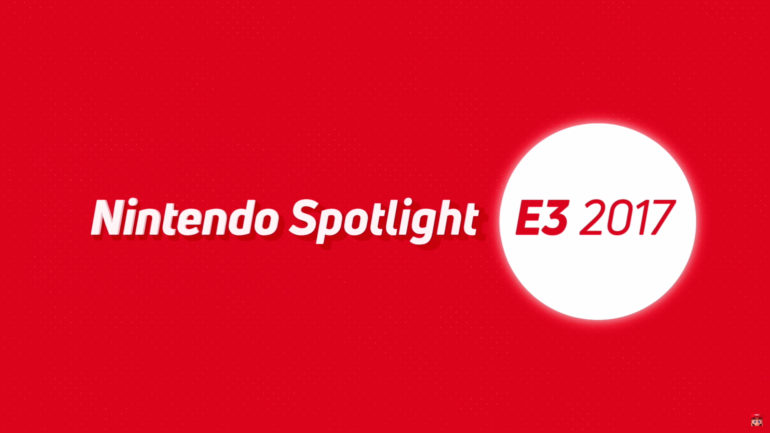 Nintendo continues their tradition of doing their own thing for e3. Early this afternoon, they began their e3 presentation with a Nintendo Spotlight show. The focus was heavy on the Nintendo Switch and the newly recovered support of third parties gave fans much to look forward to. Here is just a sample of what Nintendo is bringing our way.

It seems that games that previously had most of their releases on the Nintendo 3DS are making their debut on the Switch within the next year. One such franchise is Fire Emblem. The latest entry from Koei Tecmo and Team Ninja brings Marth and friends to the Switch this fall, Musou-style!

Following the expansive RPG that was a hit on the Wii U, Monolithsoft continues the Xenoblade sage with Xenoblade Chronicles 2. Protagonist Rex sets off on an adventure to return his new friend Pyra to her home.Beautiful visuals, colossal battles and an unforgettable story await Switch owners this holiday season.

How do you make Skyrim better than ever? You make it fully portable! Coming soon to the Nintendo Switch is one of the greatest RPG adventures ever. Now you can play using the regular analog controls or with motion controls. On top of that, Amiibo support adds Nintendo-themed items like the Master Sword to the game!

SEGA has a double dose of Sonic the Hedgehog coming this year. Aside from Sonic Mania which completely revitalizes classic Sonic for a new generation, we have Sonic Forces. Classic and Modern Sonic team up with you in this adventure. When I say “you,” I mean it literally. Players will create their own character and team up with both versions of the Blue Blur. This holiday, you must help them defeat a new, unknown evil.

On July 25, 2017, Marvelous Games makes its Nintendo Switch debut with Fate/EXTELLA: The Umbral Star. Formerly a PlayStation exclusive, the game is based in a virtual world where masters use their servants to battle for control of everything.

The one title that Ubisoft never took away from Nintendo is back for the 2018 version. This October, like the song says, “all you gotta do is Just Dance.” That Panda is funky!

Believe it or not, a Mario-titled game is a third-party Nintendo game! On August 29, 2017, Mario joins up with Ubisoft's idiot brigade of Rabbids (who predate Minions, by the way). They will have a strategic romp through the Mushroom Kingdom trying to stop the bad Rabbids from taking over.

And now for something completely different . . .

I started with the second and third-party titles coming to Nintendo Switch because that support returning to them is big news. However, Nintendo also showed us a nice crop of first party titles to get excited over.

The Game Boy Advance classic gets a 3DS remaster, but with a little something extra! Mario & Luigi: Superstar Saga now has a side story called Bowser's Minions. This is a completely separate game that takes place during the events of Superstar Saga. Bowser's minions will fight the forces of “evil?” in order to rescue their master.

If you thought the last game was a throwback, feast your eyes on this! Metroid: Samus Returns is a 3DS remake of Metroid II: Return of Samus for the original Game Boy. Twenty-six years later, Nintendo breathes new life into a classic Samus Aran adventure. It looks fantastic and should not be missed by 3DS owners.

We keep the chain going as Nintendo announces that Metroid Prime 4 is in development for the Switch. Spoiler: this trailer has nothing in it other than the above title.

Kirby is coming to Switch in 2018! This trailer has plenty of gameplay. What it does not have is a name. I highly doubt this game will simply be called Kirby. Even if that is the final name, you know that you want to play it.

Another game that I think will have a different title next year is Yoshi. Everyone's favorite dinosaur was made of yarn on the Wii U; now he is super fuzzy. His world is made of cardboard and much like Paper Mario, there is more than one way to look at this game. This is going to be a very fun and enjoyable title from what Nintendo showed today.

The Legend of Zelda: Breath of the Wild

Nintendo gives us a first look at the Expansion DLC for the latest adventure of Link.

It is time to look at the game that sold yours truly on the Nintendo Switch.

Just like Mario in the above still, my jaw dropped. This game looks absolutely amazing. For the first time ever, Mario's game has a theme song. What is even bigger than that is if you notice who is singing that song. Super Mario Odyssey takes our favorite pudgy plumber back to his roots

And lets him turn into a freakin' T-Rex!