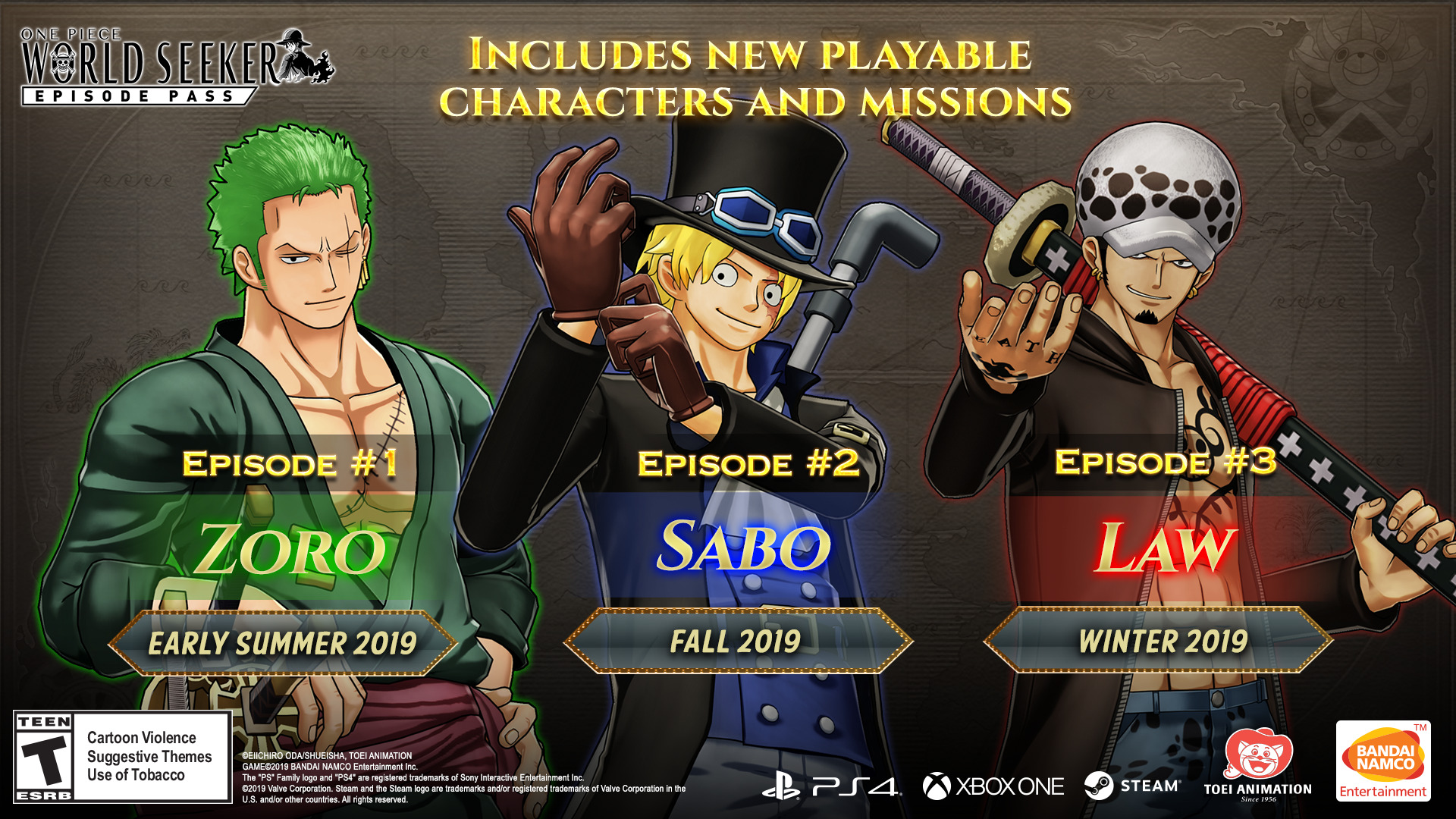 The new DLC gives fans the opportunity to play as Sabo as he attempts to stop the World Government from excavating Dyna Stones. These dangerous weapons of mass destruction are found only on Prison Island. Players would occasionally run into Sabo in the main game; now they have full control of the Revolutionary chief of staff! Playing as Sabo offers new abilities and attacks to use against the Navy. The new chapter features new missions and a new location: the Mirror World. Fans will remember this as the location Luffy battled Big Mom's son, Katakuri Charlotte. Sabo will have to face off against the awesome might of someone that nearly killed Luffy!