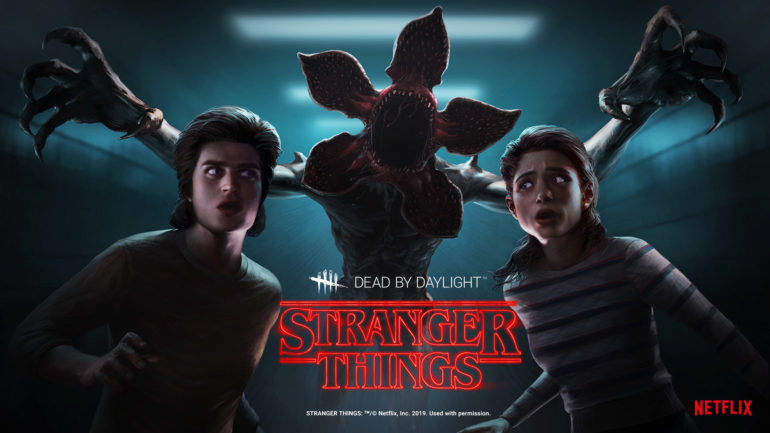 Dead by Daylight continues to remain fresh with horror and sci-fi DLC additions both for killers and survivors. If you are not familiar with Dead by Daylight it is an asymmetrical multiplayer horror game in which one crazed killer hunts four friends through a terrifying nightmare. Players take on the role of both killer and survivors in a deadly game of cat and mouse. It’s a mature gamer take on the thrills of and . Dead by Daylight is available on PC and consoles.

The latest killer joining the survival game is the Demogorgon from Netflix's Stranger Things. Check out some screenshots of the Demogorgon in action below.

Survivors aren't left out as gamers will have a choice of playing as Nancy Wheeler or fan-favorite Steve Harrington. Who will you choose to outrun the Demogorgon?

In addition to the Demogorgon, Steve and Nancy t Things Chapter with a new map, the Underground Complex. Located below the Hawkins National Laboratory, this grim compound caused an inter-dimensional rift that released dozens of creatures before being sealed off.

Fans looking to jump back into Dead by Daylight can get the DLC today. Keep it locked to RAGE Works as we hopefully be streaming this new chapter this week.