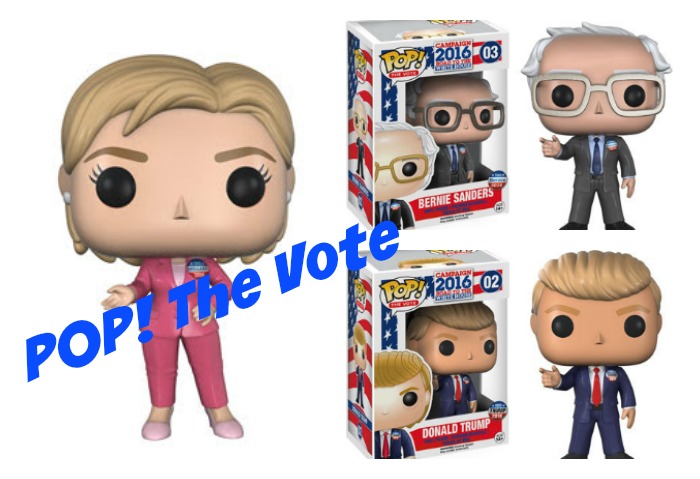 If you turn on your television or log on to social media you're almost guaranteed to hear something about the current crop of politicians running for President. Our friends at Funko announced their contribution to the cause with their new Pop! The Vote! line up. This line-up so far includes Hilary Clinton, Bernie Sanders and of course, Donald Trump, who are all competing for your votes.

Be on the lookout for both the Pop! The Vote and Garbage Pail Kid candidates this summer.