Welcome ladies and gentlemen to the first issue of Quarks Corner! Tonight I am going to take a look at the big 3’s respective press conference’s, declare whether they did better or worse than the year before, and give each a letter grade. By far this years E3 was just better than last years, but still, many fell flat, while some rose to the top.Also let me state that I am not a fan boy of any of the big 3, as I own every console and acknowledge every system for their strengths and weaknesses. With that said, let's begin shall we? 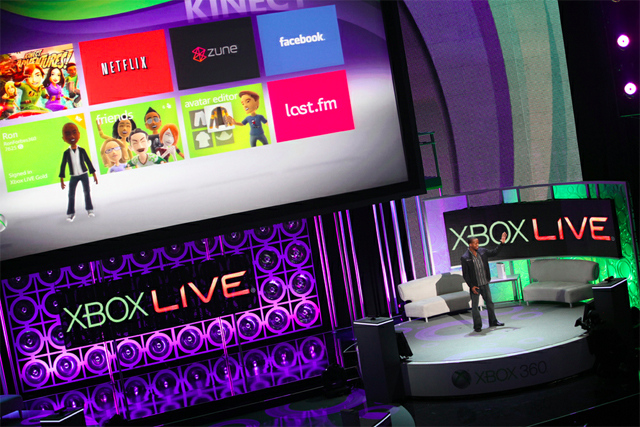 Xbox has a track record for being extremely anti climactic for the past few years. Few reveals, lots of Kinect, all glitz, no glamor. This year honestly felt very much the same…with just less Kinect. I counted no big surprises ( I know someone will tell me if I'm wrong). Xbox seemed to have nothing else to show the press and the general consumer besides Halo 4, which I won't lie looked absolutely stunning, the first time I have ever said “wow” to Halo gameplay. 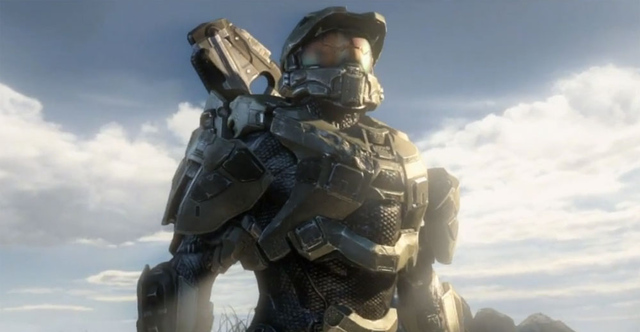 Besides Halo, we got the trailer for the first Gears of War game not made by Epic. Entitled “Gears of War: Judgment” it is a prequel created by “People who Fly”, the same guys who created (the almost parody to the modern shooter) Bulletstorm. I have many problems with this, but the only one that I will address now is how Microsoft revealed this game via Game Informer and not E3. Once I heard that GOWJ was on the cover of GI, my excitement for their conference dropped dramatically. Why you may ask? Every year Xbox reveals a Halo, or a GOW game for the next years release. A new game from one of these properties must be released each year due to Microsoft's lack of strong IP and inability to create new ones (and no, Fable doesn’t count).

This makes Xbox dependent on these two properties to be their big Holiday title. The only question I have at E3 for Xbox is “what series will it be, and what will it be called.” Once their load was blown on a cover of GI, I ceased to care, and good thing I did because Microsoft was a let down. Not even the Kinect could save them. As much as I hate the Kinect, I wish Microsoft would at least bring out some games for it. At least games would stop it from collecting dust. But this year it seems the Kinect was pushed to the side, almost like it has already been pronounced a failure. Something like Kinect being used to search for movies, Dance Central, and to use on Mass Effect does not make the Kinect an essential product to own. Unlike the PS move, the Kinect is a total waste of potential that I believe isn't pushed properly. After all is said and done, Microsoft did much worse than last year…and last year was one of their worst on record thanks to TOO MUCH KINECT. Last year had Gears 3, Halo 4 reveal, and the Halo Anniversary reveal. This year had…Nothing…. D+, only thanks to Halo 4.

Ps3 is the opposite of Xbox when it comes to IP’s. Jack Trenton said it best when he stated that Sony has 15 in-house companies under its wing. Each one has produced amazing games, such as Infamous, God of War, and the Uncharted series. Sony has so many IP’s that they can have several triple A titles come out in one year that are all in-house. As a testament to this fact, I have built an impressive Ps3 library just with system exclusives and first party games. The same can not be said for Xbox. In a course of one night we were  properly introduced to several new properties. Quantic Dream (the creators of Heavy Rain and Indigo Prophecy) showed off their newest game starring Ellen Page, Beyond. New ways to use the PS Eye and Move were shown off with WonderBooks. WonderBook’s offers a new ways to read such, as J.K Rowling's Book of Spells. PlayStation All-stars Battle Royal’s vita version along with the announcement of playable 3rd party characters was showcased. Finally, Naughty Dog closed out the showed with The Last of Us.

That was purely awesome. Sure we knew about most of the properties mentioned, but out of all of these, the only one we had seen gameplay from was All-Stars. Everything else was  surprising and exciting. What separate’s Sony from Microsoft is how well they implemented their secondary devices at the event. They strongly showed off the usability of the Ps Eye. Unlike Xbox, Sony stuck to their guns and continued to show off the functionality of their add ons, and proved that the PS Move is a must have gaming peripheral. Even the Vita got some love with the ability to cross save and cross play with the Ps3. That ladies and gentlemen is how you do a press conference.  Sony, I believe did even better than  last year, which is saying a lot because they did a damn good job in 2011 addressing the then recent Ps3 hackings. Sony gets an “A” : due to their focus on games, not abandoning the Vita and Move, their strong lineup for the next 2 years, including the above mentioned titles, Sly 4 and God of War Ascension.

Nintendo’s event was….weird, excuse me, their 3 events. Yes Nintendo had so much tech to show off that they split their conference's into 3 different events. Like I said, weird. However when you get down to it, Nintendo has made a huge mistake. The Wii U is destined to fail, period. This system has almost the power of the Xbox 360. Problem is that the 360 was released back in 2005. I know for a fact that it is not as strong as the 360 because many game’s (namely Batman)  did not look nearly as good on the Wii U as they did on their 360 counterpart. Everything about Nintendo’s conference seemed 7 years too late. Namely the lack of spotlight on  online multiplayer for the Wii U. Why no 4 player co-op over the web for New Mario Brothers? Nothing was really said about the Wii U as a product. No real specs, no release date, no price point, nothing.

But I must give credit where credit is due, games were the focus. As Reggie said, “you will see 22 games today, and 2 games caught my attention. The best and worse games were at the beginning and the end of the event respectively. Pikmin 3 was finally announced and gave me goose bumps. I wont lie, the game looks beautiful, but this is due to the more cartoony style of the game as opposed to the sheer grit that is Arkham City. The worst was Nintendo Land, a mini game compilation featuring Nintendo themed games. The game looked boring and I felt as if I was watching a glorified tech demo for 5 times longer than I should have. Also the absence of anything smash brothers was disheartening. Nintendo did just as well this year as they did last years and  gets a C for their strong focus on many games, but lack of insight on almost everything else.