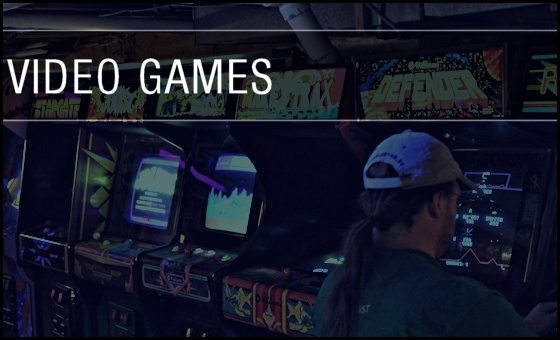 Four months removed from 2014 and I still think it was the worst year for gaming in over a decade. Maybe I’m crazy when I say that my favorite games I played last year were Dark Souls and Tales of Xillia, two games not released in 2014. Maybe I’m wrong to say that the current gen consoles still have nothing worth purchasing the systems for. Maybe I find it inexcusable that tons of games were released in 2014 that didn’t work upon release. Maybe I’m still salty about someone spoiling the end of Tales of Xillia 2 and it is not anywhere near as good as the first!  With that said, this is why 2014 was a terrible year for gaming.

Last generation, the biggest thing was HD Collections. Take an old game and give it a slightly fresh coat of paint and sell it at full price. This generation’s newest cash cow is remastered games. Games that were HD but now look even better thanks to newer hardware. I have no problem with remasters at all. For example, I find the GTA V remaster incredibly necessary considering how much-untapped potential the game has with its online and its open world. But remastering The Last of Us only a year after its release was just silly. At least 2015 gets a next-gen version of Dark Souls II as well as God of War 3.

A Tale of Two Gens

This is a first for gaming, as we are now within year two of the PS4 and Xbox One’s life cycle, and we are still seeing the same games being released on both platforms. During the launch of the Xbox 360 and PS3, few titles were shared between the two generations – launch titles or sports games (ex: King Kong, Gun, and Madden).  But it is now year two of these systems and still the biggest games are being released on both consoles. Even worse is when a game series is a yearly release, as has two different versions of the same game released on two different console generations, and both of them combined are still worse than last year’s entry. Yes, I am talking about WWE 2K15 on both last generation and current generation. (Also, the fact that Mortal Kombat X is coming out on last gen irritates me. ) For every game like Shadow of Mordor which focused on current gen, we have games like Destiny.

I want to point out Destiny specifically as I feel as if it was the game that suffered the most due to being on both generations. One of the most generic shooters in recent memory from one of the best companies of the last decade, Destiny could have been so much more if it didn’t have to downsize to fit the needs of the Xbox 360 and PS3. What feels and plays like a mix of an MMO, Borderlands, and Halo is nowhere close to being as good as any of the three. Maybe Destiny is just boring, but I blame the fact that it couldn’t take advantage of everything the newest systems have to offer hardware-wise. I can’t wait until Destiny 2 fulfills its namesake, figures out what it wants to be, and becomes a great game.

But at least Destiny works. Drive Club, Assassin’s Creed: Unity, The Crew, and Halo: The Master Chief Collection were launched broken. Some of these games only recently started to work, and it’s April. Unity and Halo were glitched so bad I was turned off from buying them and the companies who produced the games are offering a ton of free content from those who bought it or its season pass. Since when did delaying games become so taboo that companies would rather release a broken game rather than wait a few months and sell more units? When a company releases a bad game, that company loses customers who are loyal to that brand, and one company is the most notorious for this…

How the mighty have fallen. Ubisoft released a ton of games in 2014, all ranging from decent to just plain bad. High profile releases included Watch Dogs, AC: Unity, AC: Rogue, Far Cry 4 and The Crew. The latter four were all released within mere weeks of each other. Watch Dogs was plagued with development issues and looked nowhere near as good as it could have (another case of being butchered to fit with old technology). The game was even delayed by over six months and still failed to come close to the hype the game generated. As with the two Assassin's Creed games, Ubisoft is finally succumbing to the yearly game curse. You can only go so long until yearly titles start to suffer(ex: Call of Duty: Modern Warfare 3 and Black Ops 2). With that kind of yearly pressure, Ubisoft is almost obligated to release an AC in the fall…but then they should have released a single AC game, two is just unnecessary. As for Far Cry 4 and The Crew, there was no excuse for their release. Besides the AC: Chronicles releasing in the spring (because the world begged for more AC), Ubisoft has big games for this quarter, so why not just push one of them back? Far Cry 4 was more of a whisper than a cry in terms of the impact it had when compared to Far Cry 3, so pushing it back wouldn’t have been a bad move. With the great 2013 Ubisoft had with Rayman Legends and Assassin's Creed 4, it begs the question, what ever happened to quality over quantity?

*The game should have been titled FourCry or F4rcry because fonts.

Lack of Reason to Upgrade.

I’m referring to the current gen consoles that really had nothing to offer. Except for Shadow of Mordor, I can’t think of any BIG game that was released that you HAD to play on current gen to get the same experience. It’s a shame that my PS4 is primarily used to play games I could have played on my PS3, but simply chose not to for the sake of making it look a little better. The experience of “wow, this is only possible on a PS4” really hasn’t been felt yet as we’ve been given nothing to sink our teeth into that’s substantial.

Nintendo is getting some bad PR for their Amiibos. The Nintendo figures are in hot demand and are hard to come by…but for the wrong reasons. While Skylanders and Disney Infinity are also popular, they at least make it possible to get every single figure. The price of these Amiibo figures are now at least three times their retail price on 3rd party markets. Other Amiibos such as Captain Falcon and Little Mac are hard to come by, or are sent to stores in such small quantity that they are sold out the day of release. What’s even weirder is that not all the Amiibos will work with all games. Sure, it’s cool that they work with a wider variety of games other than Skylanders and Infinity, but there isn’t one dedicated game that takes advantage of the Amiibos (except Super Smash Brothers). This trend continued to be even worse in 2015, but that’s a topic for another article.

Honestly, every single one of the previous topics could have been it’s own article, but after noticing all of these problems blew up in 2014, I felt like it had to be addressed. On the bright side, 2015 has been great so far! Mario Kart and Smash Bros. are getting frequent updates. We get Bloodborne, Hotline Miami 2, Axiom Verge, Halo 5 and Metal Gear in the fall, and Elder Scrolls online is becoming free to play, Batman! Hopefully good game cycles go in decades. 2005 was a fantastic year for gaming, let’s hope the same for 2015 and pray for 2024. Happy Amiibo hunting everyone!