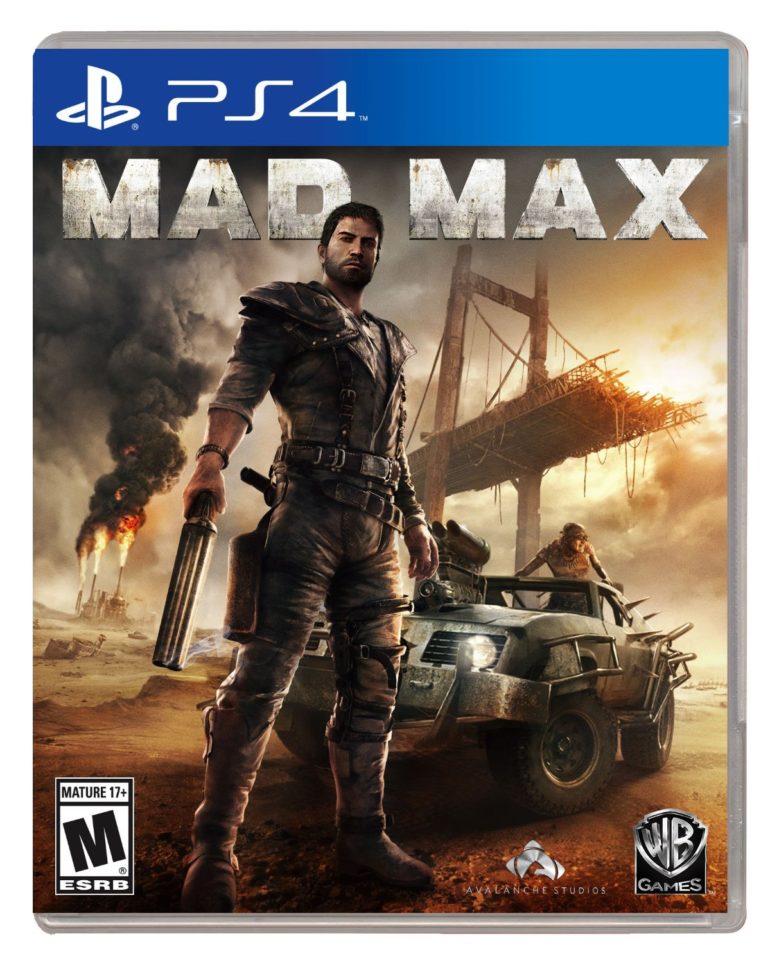 Mad Max has to be one of the most polarizing games to have come out since last year’s Destiny. There are debates ( I use that term loosely) about whether Mad Max is a good or bad game. Now, I could jump into a whole spiel about what makes a game good or bad, but I already did that last year. However, I will say everything that is good and bad about Mad Max and then let you decide how you feel about it.

No, I haven’t beaten the story of Mad Max but you don’t need to finish the game to know whether it’s good or bad. Also, besides MM: Fury Road, my knowledge on the movies ars fairly limited. 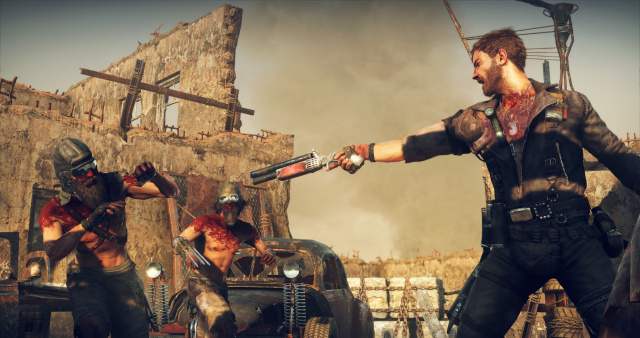 The Good – Mad Max blends the two gameplay elements of on foot and driving very well. I saw someone compare it to Assassin's Creed: Black Flag and I couldn’t agree more. Max’s vehicle that he drives, called the “Magnum Opus”, feels a lot like your ship in Black Flag. You’re constantly driving from location to location, looting for materials to upgrade your Magnum Opus to take on stronger cars. After a few hours into the game, you really feel like the Magnum Opus is your own car. Car combat is hectic but offers some of the best in-vehicle thrills that I’ve had in a long time.

On foot is just as intense. After driving to a location, you’ll almost always have to explore it by foot. Combat is reminiscent to the Batman: Arkham series. You can attack, parry, roll and shoot. While it seems simple (and it is), fights are rewarding and brutal.  The built-up Fury Meter changes the animations of your attacks into ones that deal more damage.

You’ll travel across the wasteland doing a variety of side missions as well as looting camps for more scrap to upgrade the Magnum Opus, take down oil plants, destroy storage areas, take down “scarecrows”, kill snipers, death races, defeat bosses and destroy convoys. Convoys are easily the most exciting side activity. These prolonged car chases have you destroying an oil supply truck while also avoiding getting taken out by his guards.

Along the way, you’ll meet a cast of crazy characters such as the zealous Deep Friah as well as the ambitious Jeet. However, the greatest sidekick of 2015 goes to Chum Bucket. Max would still be looking for Interceptor if it wasn’t for Chum. Chum serves as your mechanic, tour guide, copilot, munitions expert and overall source of inspiration. Without Chum, Mad Max would be a very bleak and lonely affair but Chum makes it feel like a road trip at the end of the world.

And that might be the best thing about Mad Max, it’s a road trip. Honestly, to me it felt like Brutal Legend in the way you progress through the game and upgrade your vehicle to make it past a barrier that is blocking off a new part of the game. It’s also the games' sense of discovering which I enjoy. In the Mad Max series, the audience is never told exactly where Max is in Australia or even how the world came to be this way, but this game helps. There were many times where I stopped to get a lay of the land and eventually I realized I wasn’t at the bottom of a mountain, I’m at the bottom of what was once the ocean.

The road trip element is emphasized, as for the first part of the game, Max is trying to make it to Gas Town. Max needs a V8 engine and needs to make it to Gas Town as it’s the only sure-fire way to get the engine. To emphasize Gas Town’s importance, you can see the town from anywhere in the entire game. No matter where you are standing in the open world, you can see Gas Town. While it may be a stretch to compare it to Death Mountain from The Legend of Zelda: The Ocarina of Time, that’s what it reminded me of.

The Bad – Mad Max blends its two gameplay elements well…but car combat easily overshadows on foot combat. That’s not saying I dislike the on-foot fighting, it’s just that car combat is much more enjoyable and unique. What’s worse, while you’ll be driving more than you are on foot, the amount of time that you’ll actually be fighting in your car is much less than the amount of time you’ll be punching dudes in the face. This is odd as the amount of combat options for the Magnum Opus greatly outweigh the on foot options. While Max can only use his shotgun on foot, The Magnum Opus has a harpoon gun, a sniper rifle, a rocket launcher, a ramming grill, side burners and a shotgun.

Driving around the wasteland is fun but I just wish there were more opportunities to actually fight with my Magnum Opus. Easily the worst thing about Mad Max is the difficulty. It is one of the easiest M rated games I have ever played – to the point where I intentionally handicapped myself to make the game harder. The only challenge I ever faced was fighting several waves of strong enemies, but this was only difficult as I never upgraded my health.

Furthermore, outside of convoys, car combat is insanely easy. In car combat, once your car loses all of its “health”, you have five seconds before it blows up. Once you get out, Chum will repair your car and you can get back in and start the fight anew. The problem is that even if an enemy car runs you over, they don’t deal nearly enough damage. I was ran over seven times before I died…seven…times. Hell, I was sniped three times without dying. Cars running over you should kill you a lot quicker or if your car runs out of health – you instantly blow up, there shouldn’t be a five-second window of grace.

I mentioned all of the side activities but wow, some of them are horrendously boring. While trashing an oil refinery is enjoyable, blowing up oil containers isn’t. Scrap is also an annoyance. Periodically you will get scrap from all of your camps that you have taken over and you can also find scrap. The big rewards of scrap are perfect for upgrading your Magnum Opus, but you find so little from looting that it isn’t even worth the time to look for it all. Why look for 8 pieces of loot that might give me between 70-100 scrap when I can just wait a little and automatically get 400 pieces of scrap? There are a lot of these loot locations that are unique from all the other locations, but they don’t really give me a reason to explore.

Finally, and this is just a personal gripe, why in the world wouldn’t a driving game have a power break? There is no way to drift in this game, making some of the games' death races annoying. Also, people reviewing this game saying how you have to manually add oil and fill your canteen and manually kick down doors, but never complain when God of War made you do the same thing when opening up chests! But, I digress, Also, when I think Mad Max, I think Rock Star energy drinks.

Overall, don’t listen to the critics and don’t even listen to me! Just play the game and judge it yourself. You might play Mad Max and think “wow, this sucks”. However, I think Warner Bros. is now the king of turning licensed properties into gaming gold. Batman and Shadow of Mordor were huge hits and some would even say giant surprises in terms of quality when they launched. You can add Mad Max to that list and I hope this isn’t the last time we can control the Road Warrior. 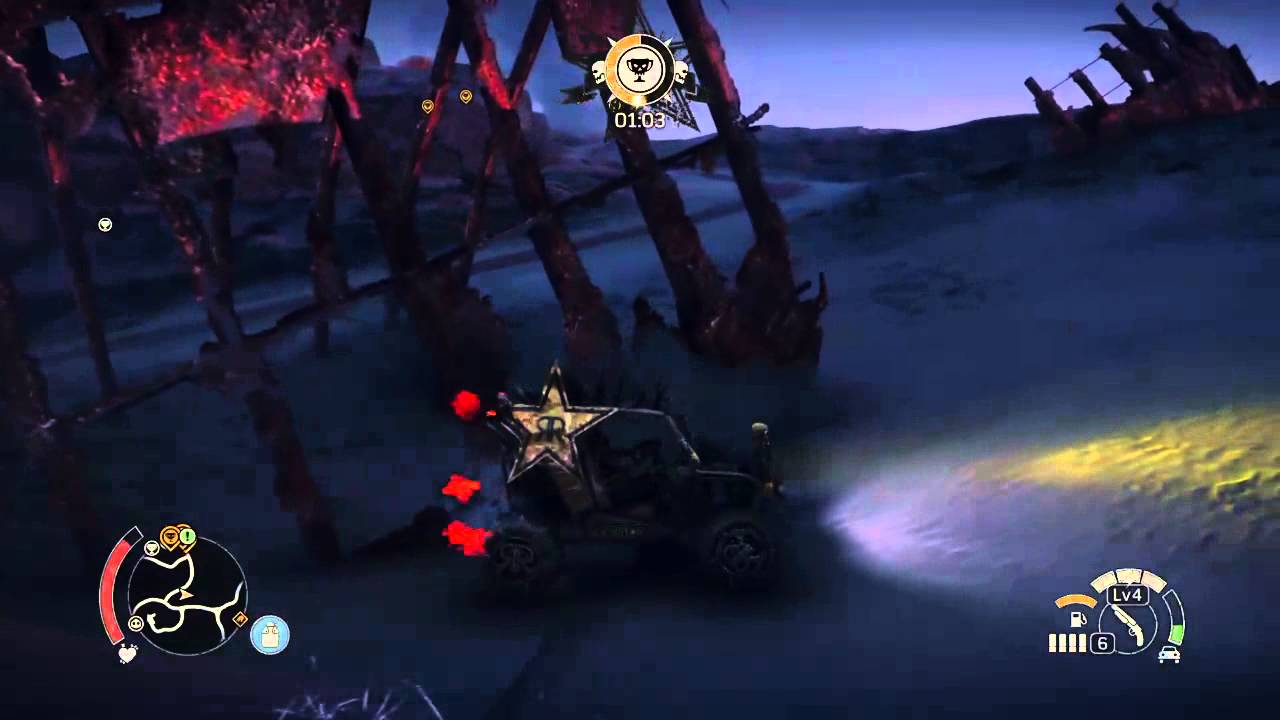