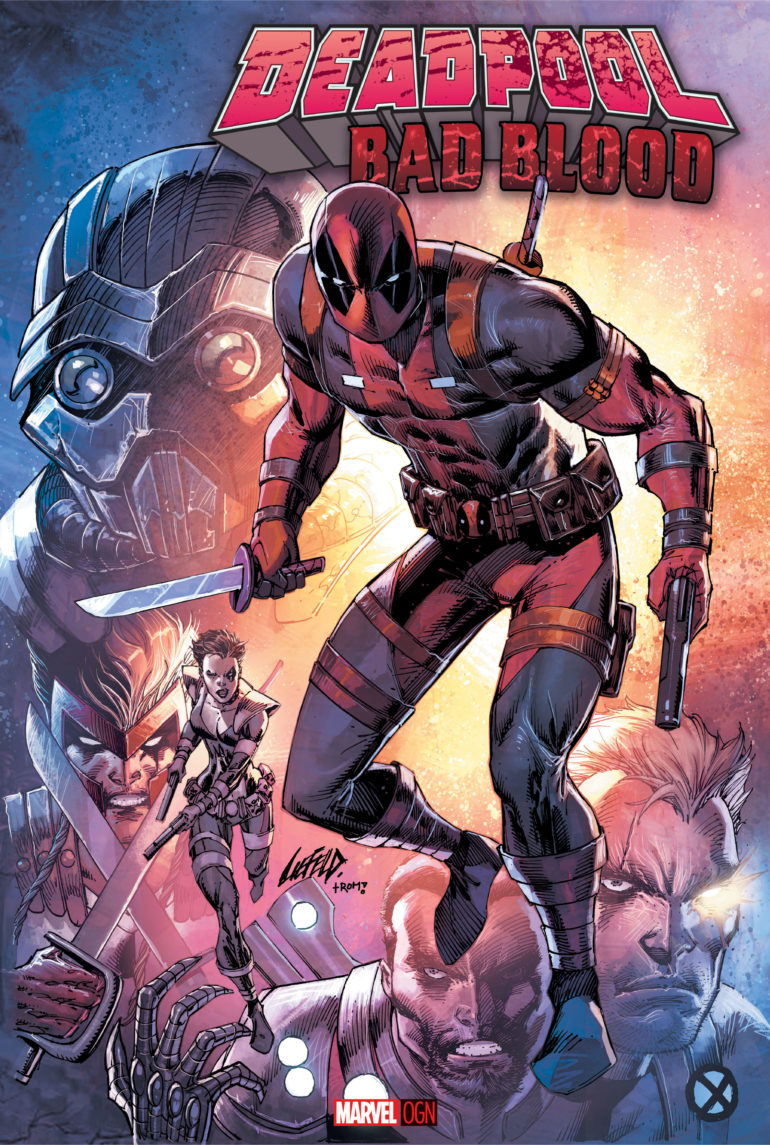 When most comic fans hear the name Rob Liefeld there are many things that come to mind. While his overly muscular designs and overabundance of pouches were a mainstay we can never forget that he did add some memorable touches to a variety of storied franchises and brought some really cool characters to life including Youngblood for Image and, of course, everyone's favorite “Merc With a Mouth” Deadpool. Liefeld heads back to Marvel to for a new Deadpool original graphic novel aptly titled  Deadpool: Bad Blood. While I have a love-hate relationship with Liefeld's work I'll admit that when Deadpool is involved we can always expect something special. Deadpool: Bad Blood bolsters Marvel's increasing Original Graphic Novel line and gives us more Deadpool which is never a bad thing. Deadpool: Bad Blood arrives in 2016.

Shooting, stabbing and otherwise annoying his way across the Marvel Universe has made Deadpool scores of enemies over the years. Even though his sordid past contains countless unfriendly faces, there is one he can’t quite place. A brutal new foe known only as Thumper. Outgunned, outmatched, and outclassed by this new foe, Wade’s gotten his rear end handed to him on more than one occasion. But who is Thumper? And what is Deadpool’s past connection to this powerful new baddie?

“The idea that you can tell one consecutive story un-interrupted is unique nowadays,” says Rob Liefeld, discussing his upcoming OGN with ComicBook.com. “No single issue breaks and cliff hangers allow for greater momentum building the tale. The format has tremendous storytelling opportunities. I’m having a blast as are Chad and Chris.”

Wade’s journey to uncover the truth and escape Thumper’s crosshairs will take him across the Marvel Universe and into the path of many familiar faces. Cable! Domino! Shatterstar! Star-Lord! And more! Blood will be shed. Old scores will be settled. Deadly twists and turns await as Wade Wilson faces one of his greatest challenges yet. Be there for the fireworks as Liefeld, Sims and Bowers bring you Deadpool: Bad Blood in 2016!