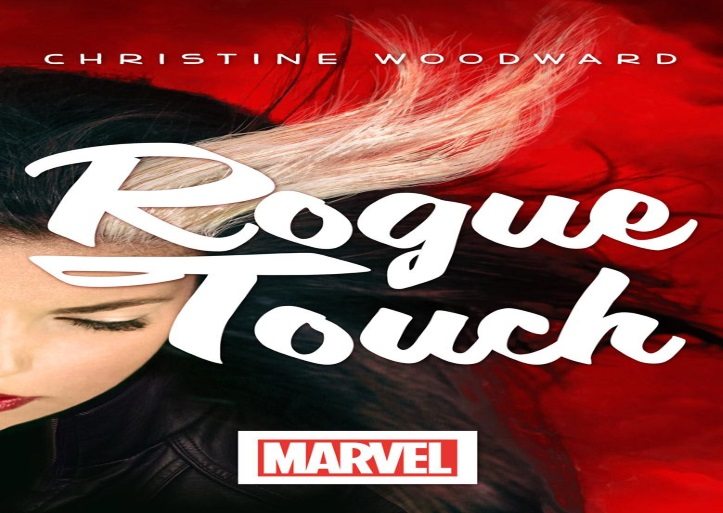 Rogue Touch is the first foray into novels based on comic characters by author Christine Woodward. Knowing my love for “chick-lit”, and my somewhat knowledgeable stance on comics, I decided to give Rogue Touch a chance. A pretty quick read, this story serves as a great introduction to the Marvel universe without being overwhelming. Also, chances are women have seen the X-Men movies of the last few years, and they already have an idea of Rogue’s back story; so this novel is perfect for someone who wants to continue her  tale in a readable format that's not a comic.

This novel takes us (fictitiously) deeper into Anna Marie’s life seemingly before entering Xavier's School for Gifted Youngsters as a down-on-her-luck outcast. The book begins as eighteen-year-old Anna Marie, barely scraping by working for a bakery is fired. She is unable to hold a job, mostly from others’ perception of her goth look that is based upon her need to cover her skin. (Not to mention the bright white streaks in her hair from her powers.) Born a mutant, her skin is a deadly weapon that must be concealed – no one can touch her without her inheriting their memories, feelings and ultimately, their life force. After almost killing her former boss, she is forced to go on the run with a mysterious man named James, and we see a relationship bloom between the two which becomes her reason for being. They understand each other in a way she never thought possible. But, the relationship doesn’t come easy, and the action in the book is full of eminent danger compounded with an epic love across time and space.

I appreciated the gal-friendly, accessible format to which I was able to read through Rogue’s daily life in Jackson, Mississippi. She was always a favorite X-Men of mine (yes, I rather the lady superheroes – girl power), and it was nice to see a story told from her perspective. The only other comic book based back story we have ever been provided was with Robert Rodi‘s explanation in his Rogue series. Woodward takes this woman and creates a palpable, vivid look at her life as well as the heartache these powers give her. You feel so terrible for the character, unable to share true emotion with someone. I mean, imagine sucking the life from your first love with a kiss, leaving him in a permanent coma? Not exactly seven minutes in heaven. It is interesting to see Anna Marie and James' relationship grow based on a mutual understanding of their differences without the need for touch.

Overall, I definitely recommend this book for both the comic enthusiast as well as the modern day fiction reader. It will leave you looking for the rest of this story, and was a great read for someone who wants a light and airy book during the summer months.