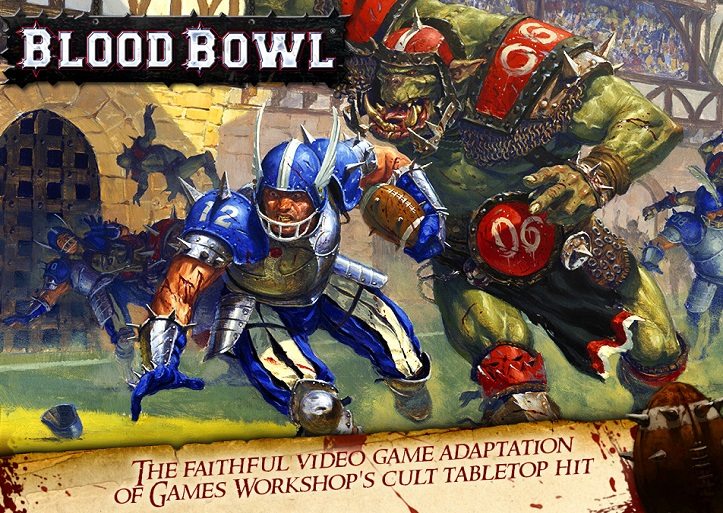 Welcome to Blood Bowl! Blood Bowl is the adaptation of Games Workshop's famous Fantasy Football board game inspired by the Warhammer world. Take your favorite race, whether it be human, Orc, Dwarf, etc. and test your skill in the classic American game of football. Even if you're completely new to the Warhammer series, or an aged veteran. Blood Bowl will put your strategic skills to the test while humoring you with its amusing commentary. As a newcomer myself, I was initially overwhelmed by all the actions, characters, and statistics I had to monitor and strategize with. But after a few games, and frequently referring to the rulebook included with the game, I managed to get a decent grasp and actually score a few victories.

If you've never played a game like Warhammer or Blood Bowl before, READ THE RULE BOOK FIRST! Your life will be much easier. The app features a tutorial that gives great instructions on how to navigate through the game, but the rule book is your complete guide on how to play, statistics of different positions, and other important information for surviving in the field. Simply put, you take turns moving your players to either defend against the opposing team or maneuver your way to a touchdown while avoiding the defenses put up by your opponent, At its core, Blood Bowl is American football meets Dungeons and Dragons. 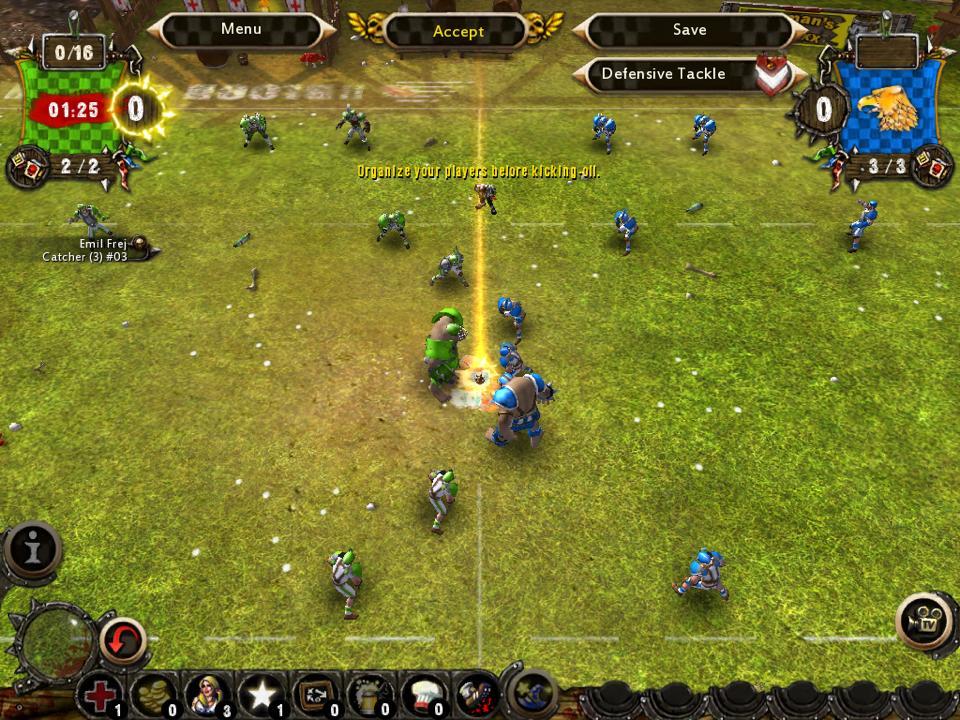 You don't have to be an All-Star pro-football player or a Level 30 Paladin to be successful in this game. But a basic knowledge of both the sport or the popular table top games will be beneficial when dealing with some of the terminology and strategies involved in Blood Bowl. 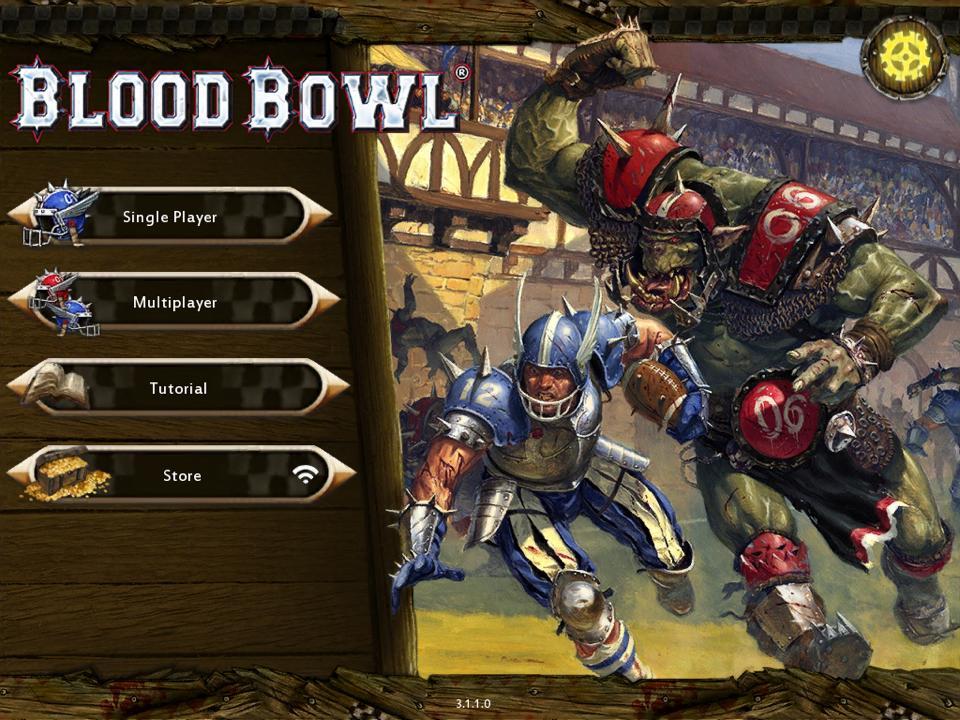 Aside the from the tutorial, Blood Bowl has a few game modes to try your hand at. If you're just looking for a casual match or two to kill some time, you can jump right into an exhibition match and play the CPU at the difficulty of your choice. You are given just under 20 teams split between the Humans and Orcs to play as. Additional races can be purchased and each race includes all the teams and star players for that race. The Campaign mode offers you the chance to create your own team with full customization. Choose the race, uniforms, team name, and even purchase your own players. If you want to test your skill against other actual players, you can play Hot Seat mode which is a play-and-pass game mode. Blood Bowl also offers a cross-platform PVP mode which allows you to build your team and pit them against players worldwide on iOS, Android, and Amazon tablets.

Blood Bowl is fun, but as a person with no Warhammer experience or table top games in general, it felt like there was a huge learning curve to get over. This is definitely a niche game in which players who aren't familiar with the genre will need some time to pick up on. Once you get the hang of the game it becomes very fun and a good challenge. The game looks passable on the iPad. It ran smoothly and I didn't encounter any bugs or have much of a connection issue..Blood Bowl is a good purchase if you have experience with these kind of strategy games, or are trying to really learn how to play them. The campaign is interesting enough to keep progressing in until you have your ultimate team. Being able to play with other players on iOS, Android, and even Amazon tablets also adds to the re-play factor of the app. Blood Bowl gets the John Blade Seal Of Approval!