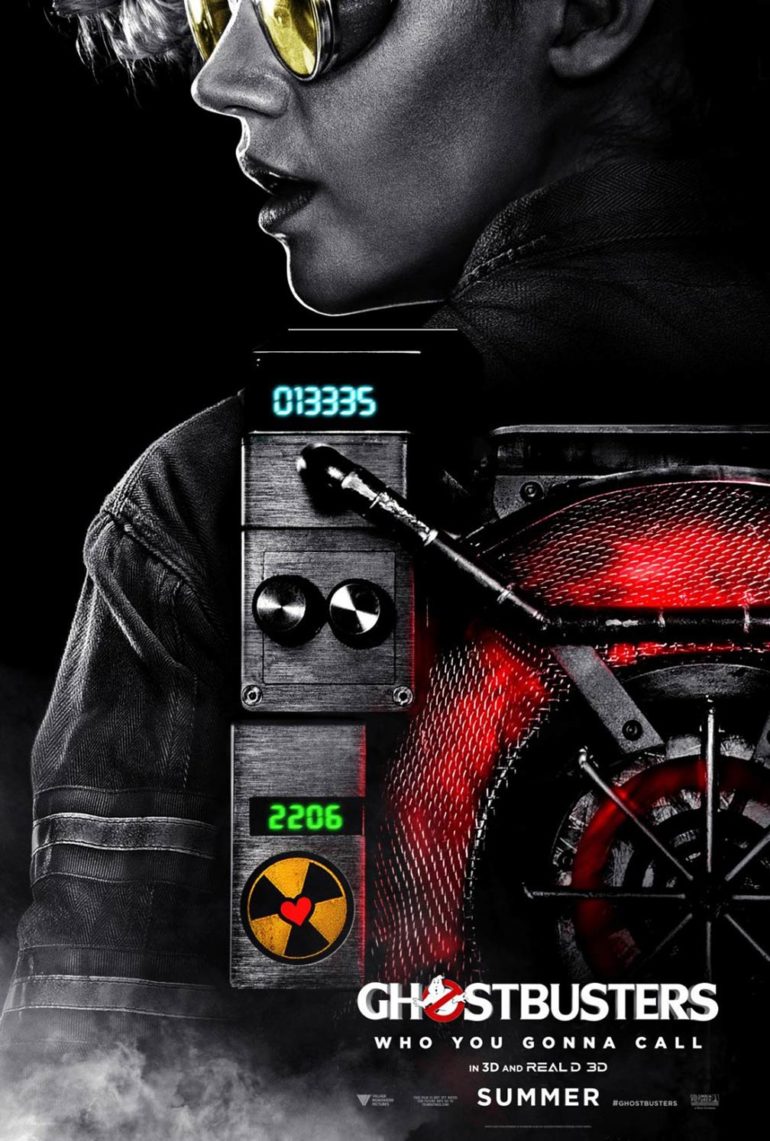 When the news broke that a new Ghostbusters film was on the horizon (and that it wasn't a direct sequel) I was disappointed since the original films and animated series were big parts of my childhood. As the release of the film drew closer, my stance changed because of the overwhelming vitriol aimed at the female cast and the film. I felt it would be unfair to judge a film strictly on the basis of fandom and the desire to keep something I grew up with pure.

The main cast were all solid but there were some definite standouts among the ladies in my opinion, with Jones and McKinnon outshining the established comedy vets McCarthy and Wiig throughout the film. Many people have stated in their reviews that Leslie Jones' work as Patty Tolan while good played on many of the typical African American stereotypes that have become commonplace in film and TV. While I definitely feel the film had those moments on more than one occasion, I place more blame on the writers and directors as they were the ones that crafted the characters and the narrative. Did Patty Tolan need to be loud and over the top? No, she did not – but it pains me to admit the dynamic between the ladies played off that portrayal rather well. I also felt that Leslie Jones and Kat McKinnon flexed the comedy muscles they established on Saturday Night Live extremely well while keeping the characters their own.

Of course, Kate McKinnon has been talked about heavily in various pieces both prior to the film's release and after, and even I, who hasn't viewed her work outside of a few recommended videos wanted to see more of the comedienne's work. Holtzmann will be seen quite a bit this Halloween I guarantee it. I personally liked that she looked like Egon from the animated series.

Wiig and McCarthy, while good in their roles, were not funny to me individually but their interactions with the other cast members had their moments – especially with Chris Hemsworth who looked like he was having a blast in every scene he was in. The ending sequence with his character was solid work for a guy who doesn't do comedy that often.

The story for the film, while decent, was rushed and by the time we approached the film's climax the first hour was pretty much an afterthought, although the equipment trials were some of the funnier moments between all four ladies onscreen.

The effects in the film looked like crap in the trailers but onscreen they looked substantially better. When it came to the 3D in this film, I have to say it was some of the best I've seen without relying on the usual pop out effects and instead leveraging perspective in some creative ways.

There was lots of fan service both outright and subtle which was cool and well-placed. The cameos throughout the film were both good and bad depending on the character and the scene. I do not want to elaborate too much as to not spoil them for you. I will say that you should look closely at Yates and Holtzmann's lab for the first “cameo”.

Diehard Ghostbuster fans will surely pick the film apart for a litany of reasons, but if you're willing to walk in with an open mind and give it a chance, you may find yourself smiling and maybe even laughing a bit. The original films can never be duplicated but this new interpretation is not that bad and the 3D version is definitely recommended.

Definitely stay for the credits which were amusing and for the after credits scene as well. (Yeah, there is one of those too.)