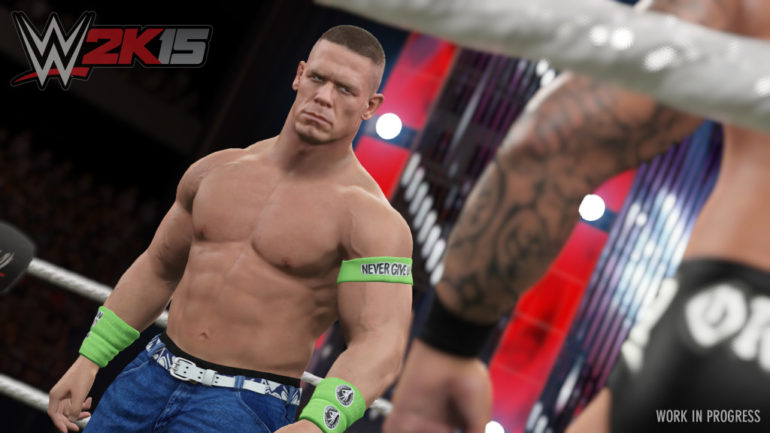 WWE 2K15 is months from release but the excitement is definitely picking up. When Sting was announced it was a cool moment for wrestling fans but now we start to see how next gen consoles will bring the WWE brand to life. It is not a surprise that the game's cover superstar and current WWE World Heavyweight Champion John Cena is showcased in this initial screenshot. What do you guys think so far?