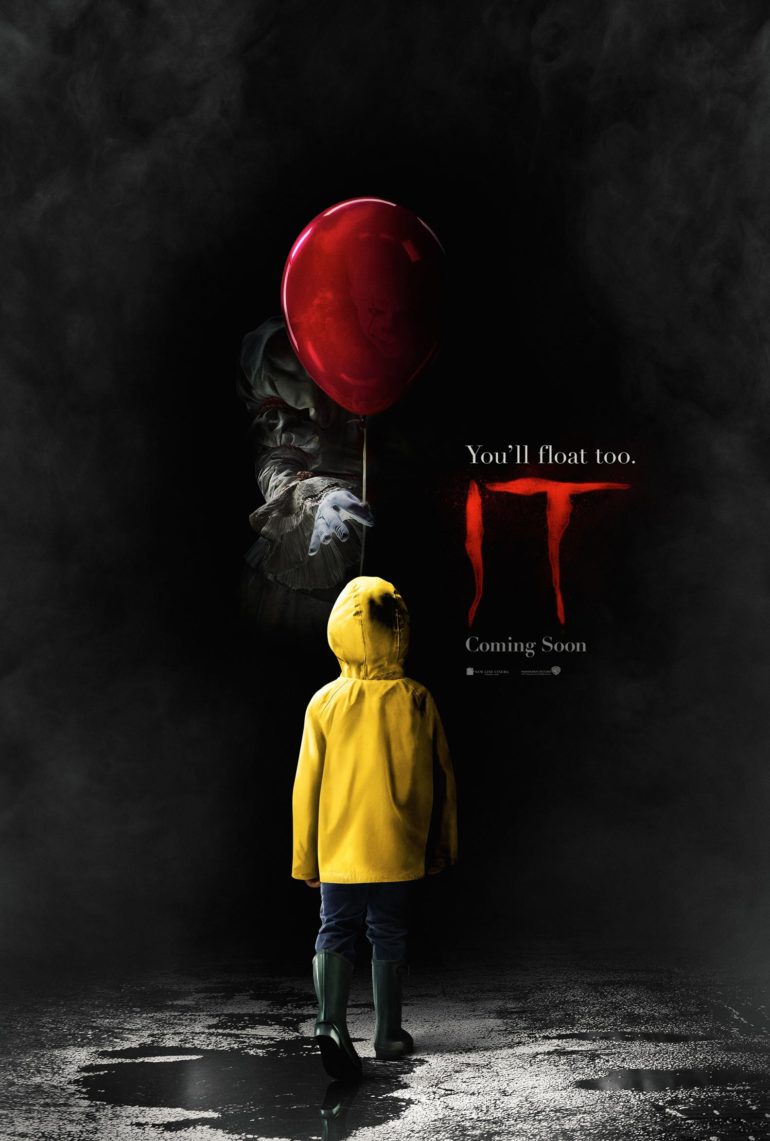 A group of bullied kids band together when a shapeshifting demon, taking the appearance of a clown, begins hunting children. -via IMDB

Growing up, the It television series was one of best executions of a Stephen King book on the small screen. It not only delivered in terms of a great story, but also brought Pennywise the clown to life for all to see. Tim Curry, who portrayed Pennywise in the TV version, was stellar and delivered a memorable performance. When it was announced that It was coming to the big screen, I followed the development of the film with keen interest as I was curious to see if this new adaptation would deliver on the same level as the TV version and if it would keep in line with the tone of the book as well. I am pleased to say that the film not only addressed both of those concerns for me personally but exceeded my expectations.

I'll start with the casting of the “losers” who the story followed and how each of the actors involved created a unique and memorable character for fans to feel a kinship with. All of the cast members brought their A-game to the film, but Stranger Things' Finn Wolfhard stood out immediately with his spectacular portrayal of Richie. Each scene he was in had its fair share of memorable lines when he was onscreen. I feel like he stole the show at times. I also have to acknowledge Jack Grazer's Eddie who had his fair share of standout lines and moments and captured the essence of every neurotic kid we knew growing up. I was also impressed with Sophia Lillis (Beverly) as she not only was a key component in the overall story but had a very cringe-worthy side story that I am sure was tough to act in. Her chemistry with her fellow cast members felt genuine in every scene.

Now, let's talk about Bill Skarsgård's portrayal of Pennywise. From the casting announcement until the trailer I was genuinely unsure if he would deliver with this character. Skarsgård succeeded in creating his own unique take on Pennywise and while there were similarities with Curry's version, the overall character was very much his own.  I equate his performance and approach to how Heath Ledger brought the Joker to life. While we all know the character and his motivations, there is always a new dimension to explore and I believe Skarsgård did that extremely well. Pennywise the Dancing Clown was every bit as creepy in this version as he was in the original and at times his antics were comedic yet with the right mix of fear and dread sprinkled in. Bill Skarsgård truly made the role his own and is sure to add new facets to the character in future films.

Last but not least, let's talk story which to most not familiar with the original film will feel a lot like Stranger Things. That comparison is not a negative as the Netflix series did a stellar job of capturing the 1980's and utilizing all the young adult tropes that were synonymous with that time is something that It did as well. We had all the angst you would expect between young kids, and all the positive messages of friendship and acceptance are hidden throughout the film while not sacrificing scares when needed. While it is cliche, those messages are something that remains vital for stories like these and brings fans back to see where these kids go from here. It is amazing that the “Stranger Things formula” worked so well for this film and I feel that to some extent, this film exceeded the original. I hope the entire team on the film returns for additional installments as all the ingredients needed for success are there.

I definitely would like to see a bit more about Pennywise's origin as I feel that part of the story needs more exploration.

It was everything the original was and more and is definitely worth checking out. If you're not a fan of clowns this film is definitely not for you. There is a bit of post-credits stuff too so keep an eye out for that.