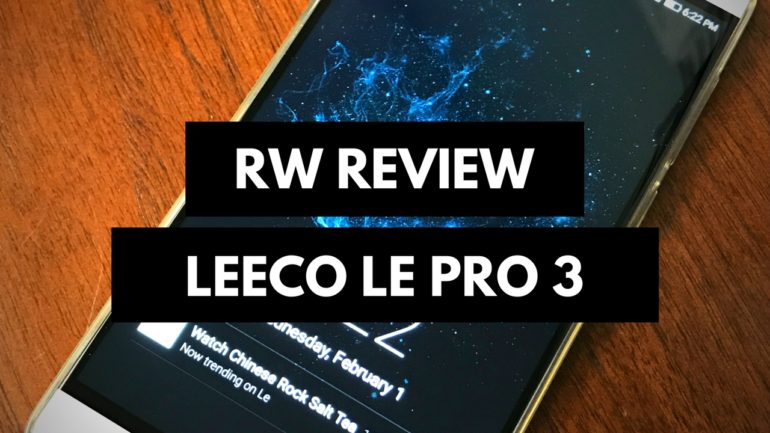 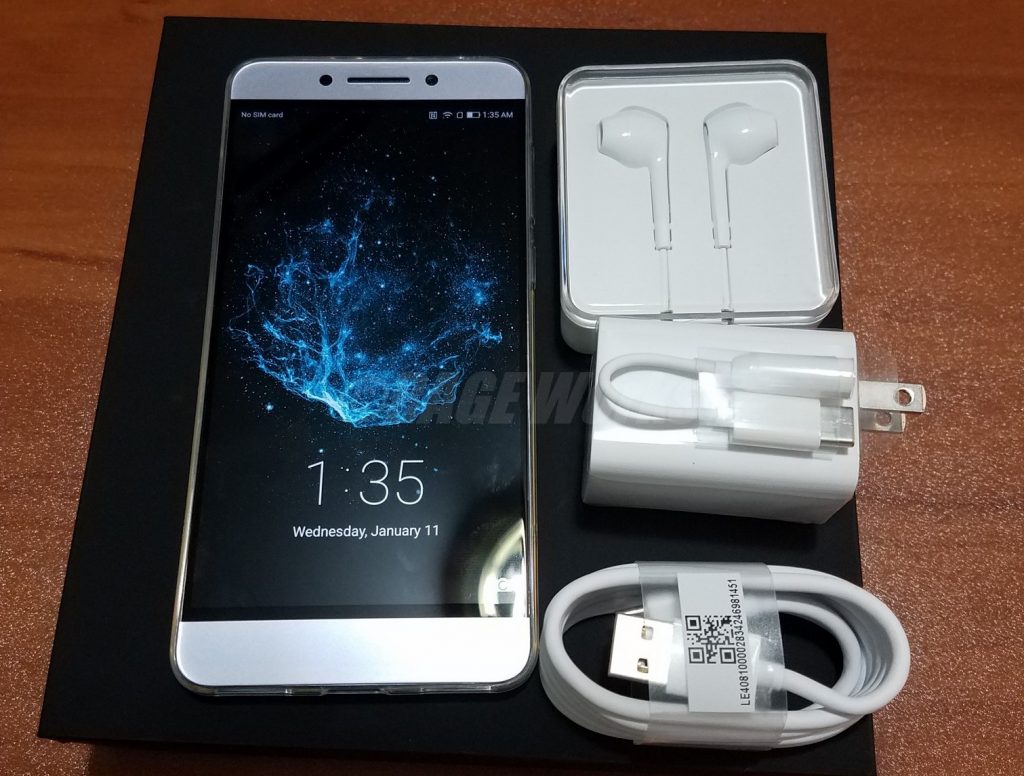 LeEco made quite the splash recently with their massive product unveiling on the West Coast a few weeks back. We had the opportunity to check out LeEco's debut here on the East Coast and got some hands-on time with quite a few of their devices, including the Le Pro 3, which is their premium handset offering. Does this new manufacturer bring something fresh to the table for mobile devices with their Le Pro 3? Read on and find out.

LeEco came out swinging on the hardware front with this flagship device with a slew of features that are the norm on some of the current top of the line handsets on the market. USB-C, quick-charging and Gorilla Glass on the display are notable things you'd hear about on the latest and greatest from brands like Samsung, LG, and Huawei. I was genuinely impressed with the build quality of LeEco's Le Pro. The phone felt durable thanks to its metal body and the included skin to protect the phone was a nice touch that other smartphone makers should definitely borrow and it kept the guaranteed fingerprints on the glossy body to a minimum. It would have been nice for it to have been waterproof, but maybe we'll see that upgrade in the LePro 4.

The metal body did not get overly hot on calls or during more intensive usage periods, which is something I was actively looking for given the big battery this phone has. It was warm, as is to be expected, but not enough to raise red flags.

The Snapdragon 821 processor made for a speedy experience with minimal hiccups when multiple apps were running, but it did sputter with LeEco's EUI interface. I also ended up with quite a few windows open since sadly there is no app drawer. The elephant in the room hardware-wise is the lack of the headphone jack, which Apple and Moto Z users know all too well. USB-C is the slowly becoming the norm and this phone has embraced it right out of the box. LeEco does include a USB-C to 3.5 adapter, but I recommend grabbing a few as it is prone to get lost.

Bluetooth worked well with most of my headphones, but at times dropped out when used in the car or with various Bluetooth speakers.

The phone includes a fingerprint reader which was honestly not that good when compared to Samsung and Apple's offerings. You'll find yourself pressing it a few times to register the fingerprint and while a software patch may resolve that, I recommend using a regular numeric passcode to secure this device.

When it comes to storage, the 64GB offered on the LePro 3 was enough for my apps, photos, and videos but the lack of a micro-SD did bum me out since we all know the 4K video will eat up storage quick. In the era of cloud storage I was fine with the available 64GB, but be aware that if you plan on taking lots of 4K video, you should definitely bring Dropbox, Google Drive or One Drive into the mix.

As a former Note user, the 5.5-inch screen was welcome, but I felt the display lacked the vibrancy and overall color saturation I am used to on Samsung and Apple devices – even with the display setting tweaked it still felt a bit off but it was not a deal breaker for me personally. It is just a bit too muted for my taste. The display, with its 1080p resolution, was good as can be expected for a phone with such an attractive price point. Most people were not fans of the bezel and I get why, especially when so many phones go edge to edge or have a very thin bezel. 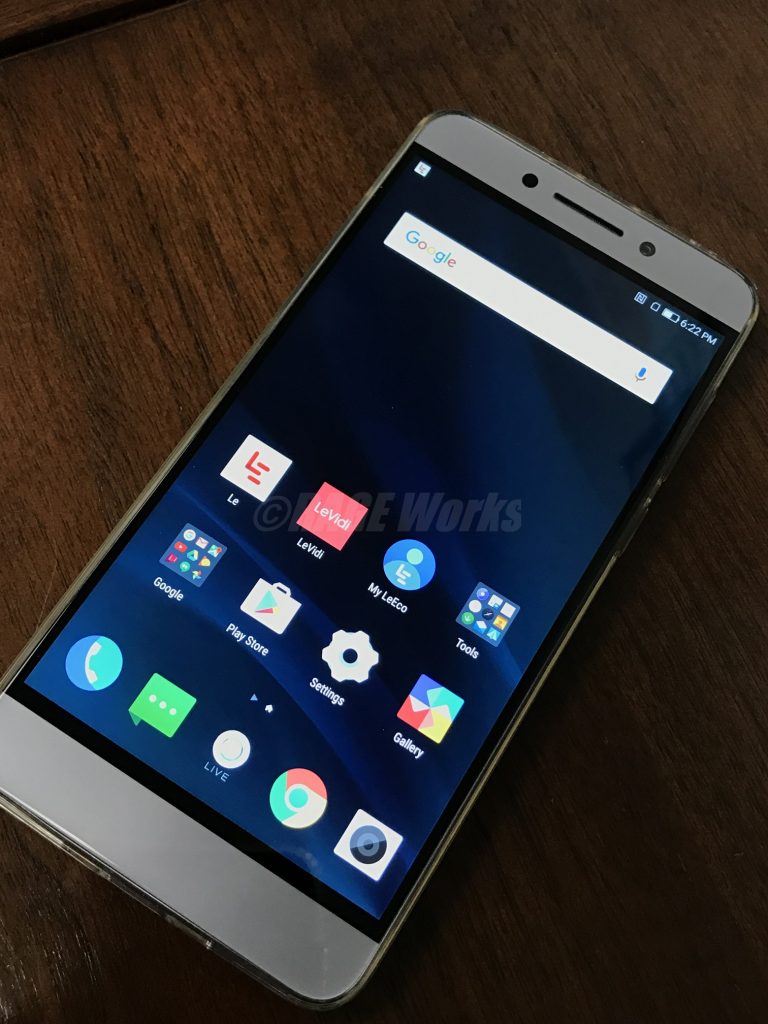 The Snapdragon processor, while speedy, had its fair share of hiccups due to the EUI that LeEco uses. I know Android users are all for a “clean” android experience, but the EUI had some nice things going for it thanks to the LeEco suite of apps. I felt the EUI was at times a welcome gift and at other times a pain. It is a shame that the software and processor combo was so mixed versus other phones on the market with the same processor. If you are not digging the EUI, the beauty of android is that a new launcher is but a click away if it is truly is something you can't deal with.

The LeEco EUI was not all bad though, as it had a few little things I liked including the quick settings being front and center when reviewing recently used apps. I found myself toggling my settings more frequently since they were so easily accessible. Nothing like being able to hit the flashlight or calculator in pinch without too many clicks.

The EUI, in my opinion, is less about the android experience but more about LeEco's streaming content which was showcased at the event we attended. LeEco includes three months of the EcoPass on the LePro 3 for you to try out. The service is subscription-based but has a solid amount of content should you be interested in taking it for a spin via the Le Live app. 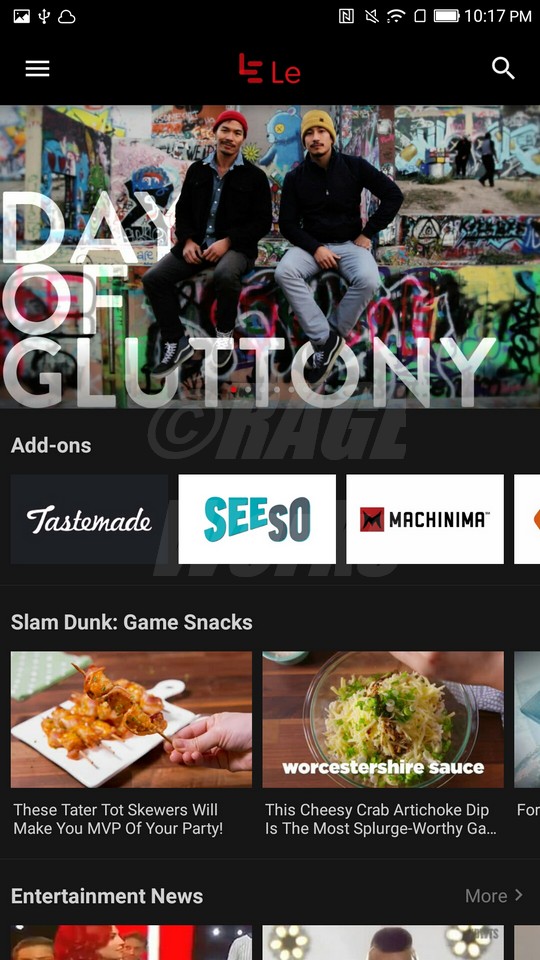 We watched American Werewolf in London and it played with no hiccups and with a crisp picture. However, I was not too fond of Netflix being a paid add-on in addition to the streaming service. Fans looking to enjoy Netflix on the go will have an issue with what is essentially a double dip.

The 16MP rear camera on the LeEco is good compared to some of its competitors, but it does have a few shortcomings when it comes to pictures in low light. Low light photos are on the noisy side but brighter photos are good enough.

The front-facing camera, while beefy with its 8MP sensor, was occasionally slow to focus even in the most well-lit of instances. The always-on beauty mode over-softens photos so definitely change the settings if you are a big selfie taker.

Video quality is solid and the 4K and 1080P options are good enough, but definitely not on par with offerings like the Pixel or iPhone 7 Plus.  If you're not a big video shooter then the camera on Le Pro 3 will more than serve its purpose.

Call quality on T-Mobile was quite good and the Le Pro 3 held up in areas where the reception is less than optimal. The few times a call dropped was because the area was a dead zone, where most of my calls have dropped regardless of device.

The high capacity battery is nice and got me through an 8-hour day with relative ease with email, a few games, music and phone calls sprinkled throughout. If you are a heavy gamer or Snapchat user I'd say 5.5 to 6 hours is where you'll fall when it comes to battery life. The quick charge feature came in handy during instances of overly heavy use and got the phone to 75% in 45 minutes and roughly 25-30 minutes will get you to 50%. The shocker though was the standby time, which clocked in at about a day and a half with just the WiFi on and no calls.

LeEco came out swinging with a slew of great tech, and their mobile offerings are solid for most casual users looking for premium features without breaking the bank. The lack of a headphone jack (while something many are adjusting to) was not a deal breaker for me personally and the battery life was beyond impressive. My bigger issues were the camera and display of the device, which when compared to other models in a similar price point do stutter a bit.