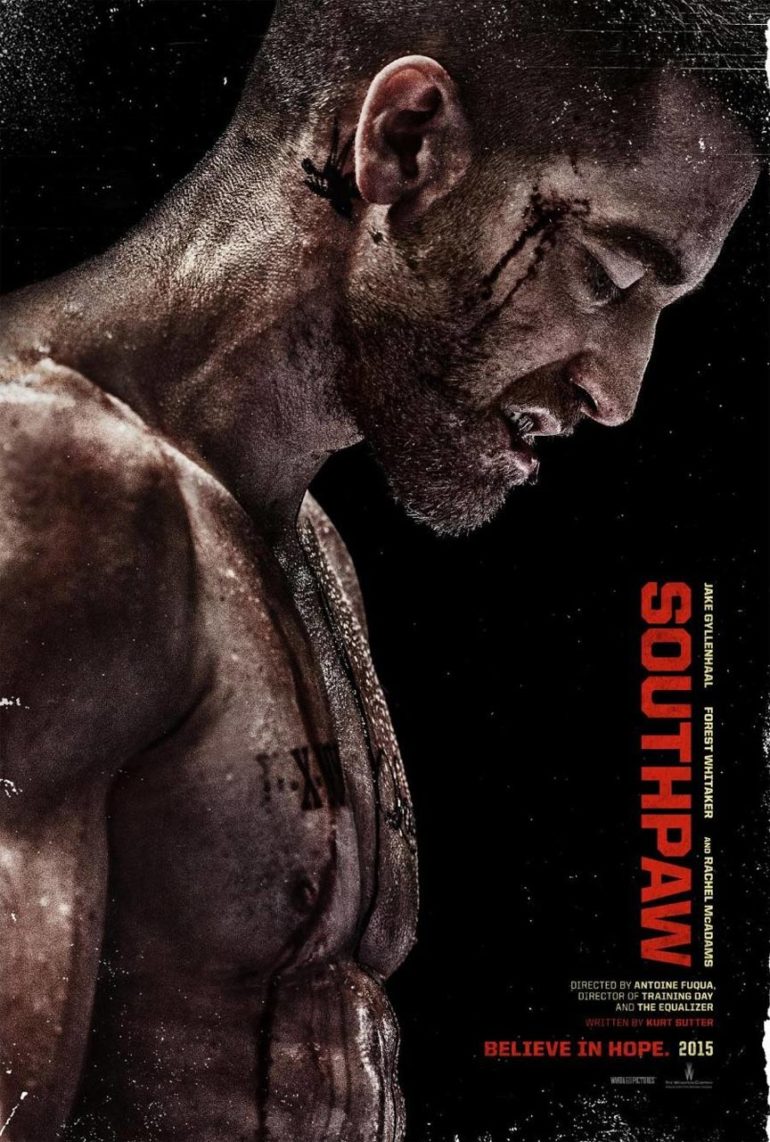 Boxer Billy Hope turns to trainer Tick Willis to help him get his life back on track after losing his wife in a tragic accident and his daughter to child protection services.-via IMDB

Southpaw, at first glance, embodies the typical underdog story we've seen in a myriad of sports films. It ensured that the viewer connected with the characters on some level both from the good side and the bad with ample emphasis on the darker side of fame. The film proved to be an emotional rollercoaster in a lot of instances. You felt Billy Hope's pain as he endured his losses and you cheered when he triumphed and that is something that has become a lost art in a lot of films, especially those in the sports genre. When you watch a classic like Rocky and its sequels (skipping Rocky 5 of course) you feel that energy and emotion that grips you and holds you from start to finish. Southpaw brought that same amount of emotion to the table. While the film had its fair share of solid moments, it was not without its faults unfortunately so let's break it down.

The overall plot of Southpaw is one we have seen often where a guy is at the top of his game and all of sudden loses it all and we watch him try to pick himself up and dust himself off. Southpaw executed that well but where it fell short plot-wise was that a lot of the characters in the film really had no character development. The boy Billy befriends in the second half of the film had a solid amount of character development that was wiped out in an instant without maximizing the impact he had on the Billy Hope character. Instances where character development could have shined through came and went as fast as Hope hitting the speed bag, which as I said was definitely a hindrance to the film's overall plot.

While Jake Gyllenhaal delivered a stellar performance, you also have to respect the physical transformation he underwent to become Billy Hope. The countless hours in the gym mastering the sweet science alongside director Antoine Fuqua definitely added some genuine boxing credibility to the film's presentation. Gyllenhall and Forest Whitaker had amazing onscreen chemistry and just when we think Whitaker can't get any better he continues to impress.  I also have to take a moment and acknowledge Curtis “50 Cent” Jackson‘s continued improvement on the big screen, especially when sharing the screen with the film's more established talent. The Strain‘s Miguel Gomez also impressed as Miguel Escobar who proved to be a great villain from start to finish even though he could have stood to have some additional character development.

Southpaw embraces the grit of such great films as Rocky, Gladiator (Cuba Gooding Jr.'s version) and The Program by giving us a flawed antihero who you become emotionally invested in from the start of the film until the credits roll. Antoine Fuqua continues to deliver gritty dramas where the heroes and their struggles are not as cut and dry as most. If you appreciate a good drama and are a fan of the “sweet science” of boxing I recommend you give Southpaw a shot.