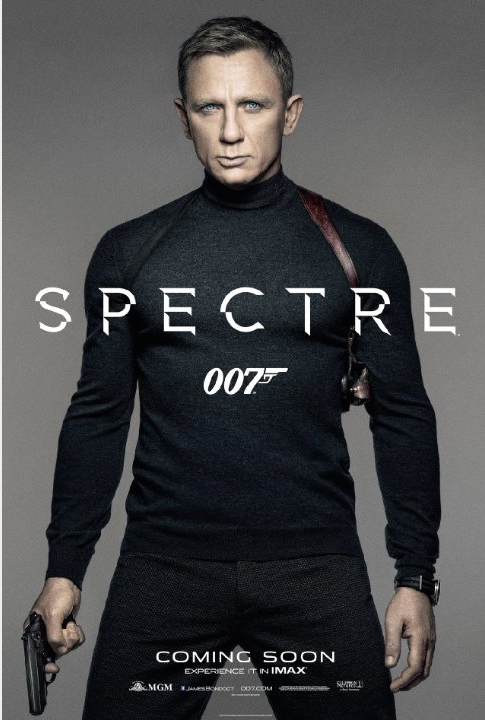 A cryptic message from Bond's past sends him on a trail to uncover a sinister organization. While M battles political forces to keep the secret service alive, Bond peels back the layers of deceit to reveal the terrible truth behind SPECTRE.-via IMDB

Theatrical Trailer for Spectre on TrailerAddict.

I came into Spectre with the notion that it would not surpass the flawless execution of Skyfall or Casino Royale and while that was 100% true, the fact remains that Spectre was not a terrible film. In fact, I feel it was a great vehicle to bring all the loose ends of the previous Daniel Craig Bond films together while continuing to present Bond as a flawed and psychologically damaged hero. The issues in Spectre stem more from the fact that they stepped away from the darker presentation to introduce a bit more of the humor that was commonplace in earlier Bond films. I felt this redirect hurt the way Craig's Bond was presented. Craig's version of James Bond is a man driven by rage and duty and while that was the norm in previous films, it took a bit of a backseat this time around.

There were some upsides in the presentation shift that did work and the first was the amount of callbacks to previous Bond films. Things like the witty banter with Q and, of course, the gadgets and memorable henchman all made for some solid moments.

Daniel Craig, as usual, delivered in his portrayal of a more grizzled and violent 007 and Ralph Fiennes continues to be a solid replacement for Judi Dench. I was a bit bummed that we didn't get more scenes between Bond and Moneypenny as the chemistry between Craig and Naomie Harris is always nice to see at work. When it comes to the Bond “girls” I will say that Monica Bellucci deserved more screen time and Léa Seydoux did not impress in my opinion when compared to Eva Green's Vesper Lynd. Léa Seydoux's performance, while compelling in terms of story, just did not measure up to past ladies in Bond's life. I felt the bulk of her scenes with Bond went longer than they should have and slowed the tempo of the film to a crawl.

When it comes to villains, it is tough to compare any to Mad Mikkelson's Le Chiffre and Javier Bardem's Raoul Silva, but damn did Christoph Waltz and Dave Bautista deliver in their respective roles. Christoph Waltz channeled his character from Inglorious Basterds to deliver a spectacular performance as Franz Oberhauser and Batista made Mr. Hinx not only memorable but formidable in every scene he was in. If the rumors of him being an ongoing henchman are true, then we are seeing the makings of  modern day Jaws which is a great addition to the series.

While Spectre isn't as deep as Casino Royale or as flawless as Skyfall, it succeeds in combining elements from the 007 mythology for a new audience. The cars, cinematography and action sequences were top notch and should definitely be seen on the big screen. If this is Daniel Craig's last outing as Bond he definitely went out in style. 007 fans will surely find flaws much like I did, but they were not enough to take away from the overall film. I will add that the 2.5 hour run time was a bit much and 15-20 minutes could have been shaved off.