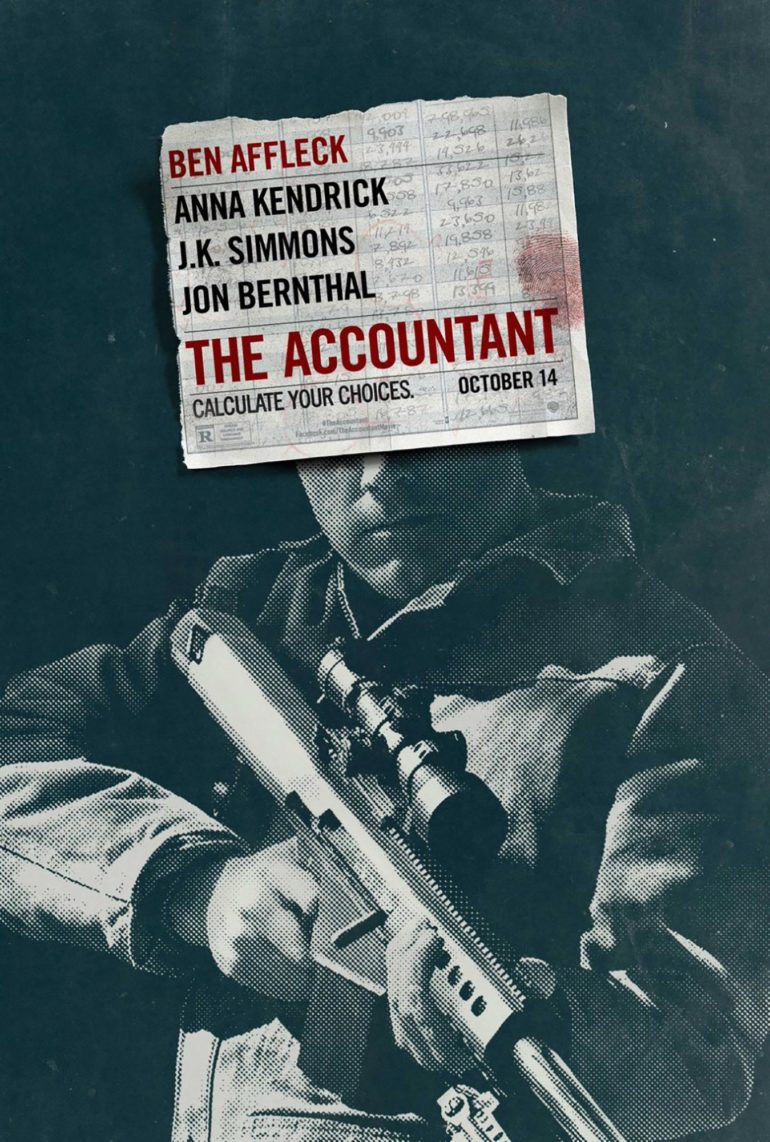 As a math savant uncooks the books for a new client, the Treasury Department closes in on his activities and the body count starts to rise. -via IMDB

Feature Trailer for The Accountant on TrailerAddict.

When I first heard about The Accountant and the autism and disability undertones showcased in the film it piqued my interest. It's not every day you read about an accountant with autism who also happens to have a penchant for violence in a “heroic” sense. I felt Gavin O'Connor did a stellar job with the film and Ben Affleck truly showed why he is an elite level actor. As someone who sees autism at work in a day to day environment, I was impressed at all the subtle nuances that Affleck used to illustrate the character's condition even though his affliction was substantially higher functioning with sprinklings of Aspberger's. His interactions with various individuals throughout the film captured the complexity of his disability and coping mechanisms he used to maintain normalcy. While Affleck's scenes with Jeffrey Tambor were a good way to flesh out his origins, the better storytelling came courtesy of the flashbacks of a young Christian Wolff and how his staunch military father dealt with his disability. The flashbacks gave us a deeper understanding of the character's motivations and the “code” he lived by. The story and twist at the end were well crafted even though you could see part of the twist coming from a mile away if you paid enough attention.

While Affleck's performance was solid, I did feel that Anna Kendrick seemed out of place. I have always felt that Kendrick thrives more in more of an ensemble cast with lighthearted comedy versus more serious material. John Lithgow also seemed miscast considering how great of actor he is. He had some bright moments in earlier part of the film, but in the end I honestly felt anyone could have played his role. The same could be said for Cynthia Addai-Robinson as well unfortunately.

Jon Bernthal, as always, brought intensity to his performance while still maintaining a cooler-than-you attitude which reminded me of his work as Frank Castle in the Daredevil series.

While it is easy to view The Accountant as “Rain Man with guns” there is much more to the film and the performances coupled with the twist at the end make this a solid action drama worth checking out.