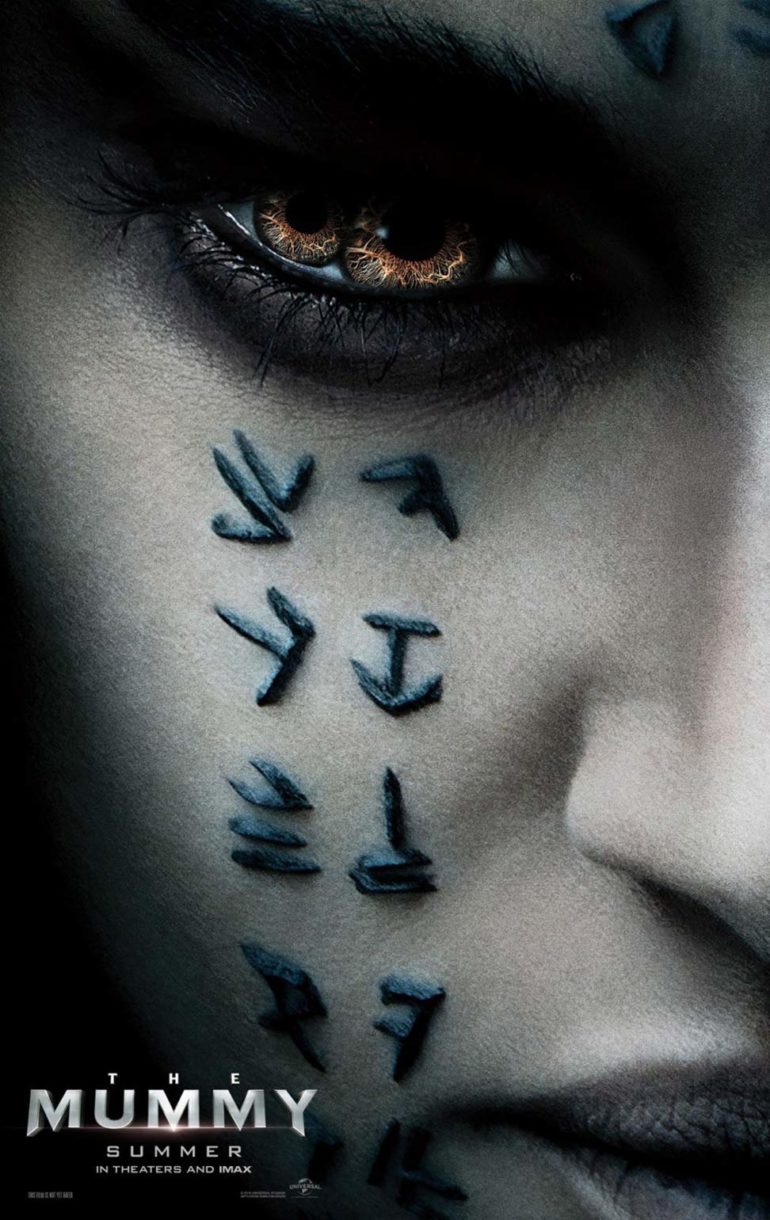 Though safely entombed in a crypt deep beneath the unforgiving desert, an ancient princess, whose destiny was unjustly taken from her, is awakened in our current day bringing with her malevolence grown over millennia, and terrors that defy human comprehension. -via IMDB

The Mummy is being billed as the foundation of Universal's Dark Universe and considering Universal's storied history in the monster movie genre it was an intriguing concept, but sadly the concept and the execution left much to be desired. I'll start my breakdown with the story which initially showed promise, but then at the midway point did a complete 180 to focus not on the Mummy itself, but on Tom Cruise's character Nick Morton, who was being sought out by Ahmanet to complete a ceremony to bring Set to life. Set, in this film, is presented as the entity that granted Ahmanet her powers and with whom she would rule alongside once she completed the ritual using Tom Cruise as the vessel for him to arise.

The film's change of focus really hurt it and while there were easter eggs and little details for fans of Universal's other films, the final product just seemed shoddy with poor acting moving the poorly conceived story along. The big elephant in the room in terms of acting was Tom Cruise, who truly was a poor choice for this role. It felt like he was trying too hard and his attempts at humor and witty banter just fell flat most times, whether it was with Annabelle Wallis or the usually amusing Jake Johnson. I felt they wanted a mix of Rick O'Connell from the previous Mummy films and Indiana Jones but instead got Ethan Hunt pretending to be a Rick O' Connell/Indiana Jones mashup. Sofia Boutella did a lot of the heavy lifting in scenes with Cruise bringing charisma, intensity, and sultriness to a role that I thought would be more about the special effects than anything. The rest of the cast were disposable for me, with only Russell Crowe's Henry being a slight bright spot (even though he too looked out of place in the film).

The action sequences ranged from moderately cool to downright shitty CGI, which considering the advancements since the older Mummy films is just sad. That's not to say the older films were amazing visual spectacles, but when your “big budget” special effects can't compete with Game of Thrones that's a problem in 2017 folks.

The film's ending will have you saying WTF at least once as it was so random and unexpected and worst of all made no damn sense for the future of Dark Universe. It truly felt like they cobbled two separate films together.

I wanted to like this film, but with every moment more and more of the story either fell apart or was moved along in haphazard fashion. Boutella shines but Cruise bombs in what can only be recommended viewing on cable if you're curious. Save your money.