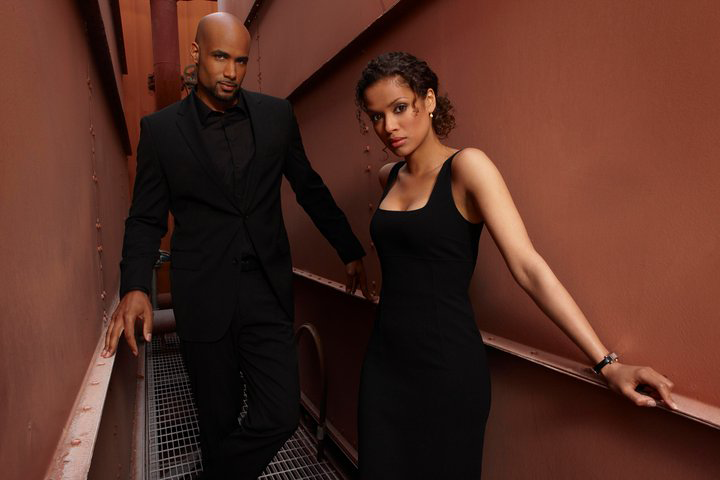 Individually, they were amongst the best the CIA had ever seen. One day they met each other and they fell in love. They decided that in order to have a life together they had to put their separate lives behind them. NBC’s new show The Undercovers stars Boris Kodjoe (Resident Evil: Afterlife, Surrogates) and Gugu Mbatha-Raw (Doctor Who) as Steven and Samantha Bloom, former CIA agents that quit to be with each other. The pilot episode opens to show these two are running a catering business together and they are not doing much else. While they are very much in love they seem to have lost the spark that initially drew them to each other and this is where the fun starts.

This show is a throwback to just about every 80s show featuring a male & female detective duo. The reason why this one works is because the couple is a couple already. There is none of that “will they finally kiss” crap that we have seen in the past but there is still plenty of romantic tension. The Blooms have been together for five years but they do not know a thing about each other from before they met. While they work great as a team, I expect that there will be a lot of bragging about who can accomplish certain aspects of “sexpionage” better than the other (My money’s on Gugu).

The show seems to be a departure from what we normally expect from J.J. Abrams and the Bad Robot crew but then gain, the first episode shows that there is more than meets the eye to their reactivation as agents. along with Fringe, Abrams seems to have another hit on his hands and this one has a good dose of comedy in it. Catch Undercovers Wednesdays at 8PM on NBC.