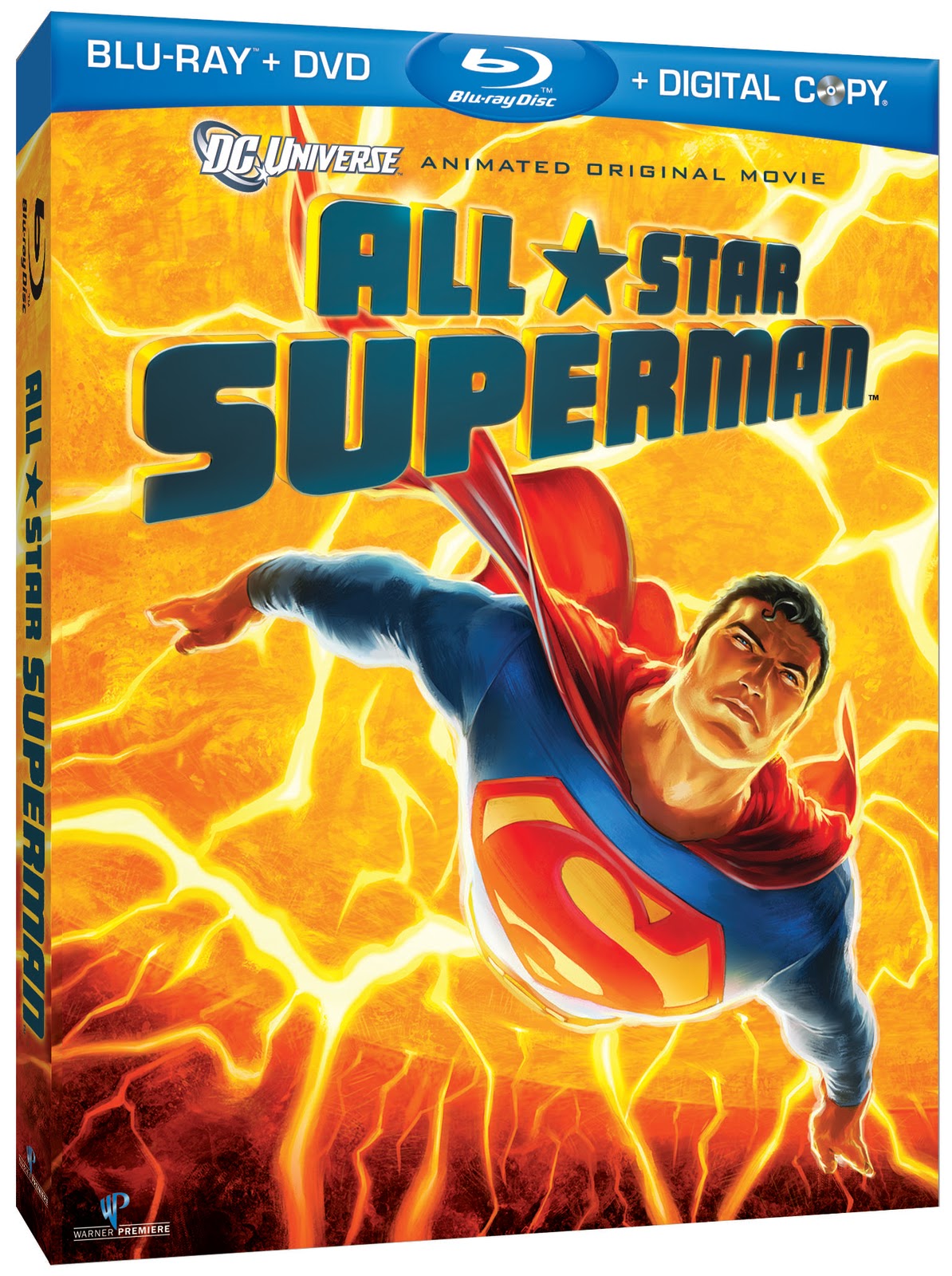 The story of Superman is one that has always been filled with irony. The being with godlike abilities whose greatest desire is to just be one of us. The villain whose greatest desire is to be the Superman he always tries to destroy. The simple fact that despite having your Darkseid, Brainiac, Bizarro, Doomsday and every uber-powered bad guy in his rogue’s gallery, Superman’s greatest adversary is a normal human. Wrap all of that up in the fact that you have one of if not the only superhero whose “normal” persona is actually the disguise. Enter All-Star Superman, the new animated feature coming direct to video on Tuesday, February 22. Prepare yourself to see the single greatest Superman movie ever; whether it be animated or live action. Yeah I said it. Close your mouth and read on.

Taken straight from the pages of the twelve issue, self contained story of the same title, All Star Superman is the culmination of the best comic and animation work the Man of Steel has seen in the past twenty years. The story was originally developed by comic writer Grant Morrison and is rather faithfully recreated for the small screen by the team that brought you the Superman animated series from the 90s. Superman has an impressive array of abilities, all of which are powered by our yellow sun; in essence, he is a 6’3” solar battery. Lex Luthor is counting on the fact that batteries generally burn out and/or explode if you overcharge them, so he sabotages the first manned mission to the Sun, knowing ol’ blue boy will come to the rescue. Superman saves the solar astronauts, but after absorbing an explosion on the surface of the Sun, his body becomes super-saturated with energy. He is now stronger than he’s ever been. The scientist he saved Tried to measure his strength and couldn’t because the heaviest weight available was 200 quintillion tons and Supes benched it literally with one hand behind his back. With the testing done, our hero gets the grim news that he is dying. With roughly a year to live, he decides to do all the things he has ever wanted to do, starting with telling the woman he loves the truth.

I was very much impressed with the art and animation work done on this film. It is not like it is the absolute best ever for a DC animated feature, but sometimes there has been more of a focus on story than the art (see Justice League: Crisis On Two Earths). The attention to fan service was commendable as well s panels from the source material were almost exactly recreated for the film. I think what I appreciated most was the way they actually made Clark Kent not look like Superman to help suspend the disbelief that a pair of glasses really make for a disguise. As Clark, his skin was a bit darker, almost like he applied makeup. His hair was different, the characteristic curl was gone and his hair was always messy. They even went so far as to make Kent look a little bit bigger than Superman in the shoulders to give off  that whole “big dumb farm boy” appearance. The whole film has a more of a classic look versus the more contemporary style of how characters have been portrayed. The costumes of Bar-El & Lilo look like something out of a 1940s serial and Parasite looks more like what he is: a sponge. It is not every movie where you get to enjoy both the film and the look of the film. It has especially been one or the other lately, so All Star Superman is one of those few and far between breaths of fresh air. 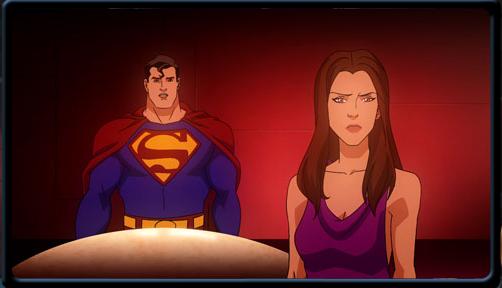 Not surprising for a Superman movie, there is a lot of talking in this film and DC made sure the voice cast was top notch. James Denton is the best Superman voice since Tim Daly. And while Christina Hendricks definitely was not a better Lois Lane than Dana Delany, she still fits well in this role as more emotional Lane. Anthony LaPaglia captures the rage of Lex Luthor like no other. The Luthor in the 90s TV show was generally more calm and collected and for that, Clancy Brown was the man for the job. This Luthor is literally at the end of his rope with nothing left to lose making LaPaglia the better choice. Overall, I have no complaints about the cast, which is rare for me unless they use the original Superman/Batman/Justice League voices.

If you have been collecting any of the DC animated feature length films then you would be insane to not buy All Star Superman. If you have enjoyed any DC-inspired film or show since the 1978 Superman movie, you would be doing yourself a disservice if you didn’t at least watch this movie. It is set outside of regular DC continuity so as to not affect the regular stories. In that sense, this is the greatest Superman story that never happened. And yet I still maintain that it is the greatest Superman story told, at least to date, on screen. More than any other movie or show, All Star humanizes Superman. The story is one that could happen in the real world if there were superheroes. Saying more would spoil the rest of the movie. Hopefully this is the beginning of a fantastic 2011 for DC animation. The next two films are Green Lantern: Emerald Knights and Batman: Year One. If they keep up the standard set by All Star Superman then we are in for some treats this year.