It has been a long road down season three of Archer. Before we come to the end, let’s take a look back at the madness that Sterling and crew have wrought. Drowning his sorrows, he ran away from society , grew a beard and temporarily became a pirate king. He finally returns home to discover that his hero, Burt Reynolds is getting it on with his mother. The mission to save Archer left Ray paralyzed and Cyril replaced him as a field agent. Initially, Cyril seemed to almost be a natural until he let a terrorist escape. Archer’s birthday came and went, as did the amazing spy edition Dodge Charger Malory had bought for and then stole from him. Her mental scarring of Archer continued when she had the entire ISIS team, including Archer, unwittingly help her murder the Italian prime minister. Ray turned out to be full of surprises when it was found out that:

So yeah, that happened. Sterling almost had a moment of true parental happiness as Nikolai Jakov defected from the KGB and really hit it off with Archer at the safe house he was supposed to be safe in. This was until Barry found and murdered him. Another moment of true happiness was again shattered by Barry when Krieger revealed that he had brought Katya back as a cyborg. Archer was going to marry her until Barry fought with and then had sex with her. And now this; the entire team has been space-kidnapped and are on a one way trip to Mars to start a new home for humanity since Commanders Drake and Kellogg believe the Earth is doomed. The shit these people get into. . . you see it and it is still hard to believe.

Archer does his best Caturday impression

DANGER ZONE! Archer, Lana, Cyril and Ray have been captured and are being detained, presumably until the station is in orbit above Mars. Archer manages to come up with a plan that while lewd, makes a whole lot of sense. You will recall from part I that everyone was puzzled why Lana was brought on the mission despite her inability to adjust to space travel. It seems that Drake wants to use her to help populate Mars because she has “good genetic stock.” So how do you get out of a prison full of men who have not seen a pretty woman in months? Flash Lana’s tits, which are extra bouncy in space. Now the team has to get back to the shuttle and somehow get off the station before Drake can use it to push Horizon to Mars. Problem is, Drake was the only one amongst them that could fly the shuttle. This is the season finale, you had to know things were going to get crazy and trust me, you ain’t seen nothing yet.

I'LL BUY THAT FOR A DOLLAR!

COMMERCIAL BREAK I just had to pause for a moment. I must be as sick and twisted as Archer because the highlight of the episode (which was terribly hysterical overall) is Archer breaking the arms of an Asian man named Woo, while he was shouting “WOOOOOOOOOOOOOOOOOOOOOOO!” It does not even matter that he didn’t know that was the guy’s name.

How come no one steal's Krieger's fiancée?

BENEDICT KRIEGER What goes on in this man’s head is a mystery to everyone, and I would include him in that list. You seriously have to wonder about a guy whose greatest inventions include a choke bot, LSD breath strips and a hallucinogenic version of Golden Seal.  He does seem to have an obsession with vans and designing the outside of them. What goes on inside we probably want to know even less about than what is in his head. So after his first van got crushed by Katya’s corpse and his second got shot to shit by a Cuban hit squad, he understandably would have needed cash to get this new one. However, selling Lana’s medical history to the ISA and Archer’s locations to the KGB, Malory may need to re-evaluate his usefulness to ISIS.

Barry gets under Sterling's skin

MOMENT OF CLARITY Archer seems to have these moments where he is almost a normal, decent member of society and then just as quickly as the moment comes, it is gone. This was the one time that I was on the side of his idiot machismo however. He really does need to decisively deal with Barry Dillon, considering how much damage he has caused to Sterling’s life. Yes, Barry is a cyborg because of the crap Archer has put him through, but he has super speed, strength and durability; that is kinda awesome. Not to mention, a smoking hot cyborg girlfriend with a vibrating vagina that he happens to have stolen from Archer. You would really think Barry was satisfied. Damn shame that Archer had to be the bigger man and turn down the challenge. I think with the space blaster and the Sigourney Weaver exo-frame that he might have actually put Dillon down for the count.

There you have it folks, three seasons of Archer are in the books and the show continues to get more and more fantastic. And just for any of you wondering if Archer is going to become a better person, remember that he crashed the shuttle, damn near killed everybody and Ray is once again in a wheelchair. How long he stays in one this time I do not know, but Archer is still very much a dick so expect more of the madness only he can bring when season fourhits. Despite his being stranded, I doubt we have seen the last of Barry (either of them) and it is possible that Katya will either make an appearance or leave Barry for breaking his word. The only thing that could make the show any more awesome would be if characters from Sealab and/or Frisky Dingo made appearances. “All That Jizz” could be the song to replace Archer’s current ringtone, “Mulatto Butts.” Of course, this is all speculation and I shall wait with baited breath (and probably some drool) for the season premiere next year.

Sigourney Weaver is gonna be pissed.

In other news, Archer bought a goat. 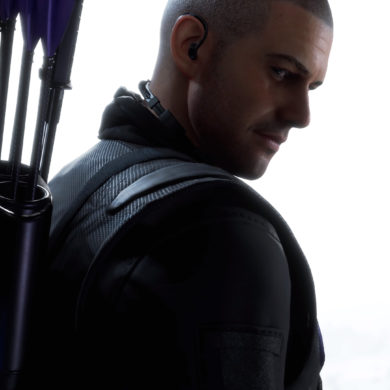